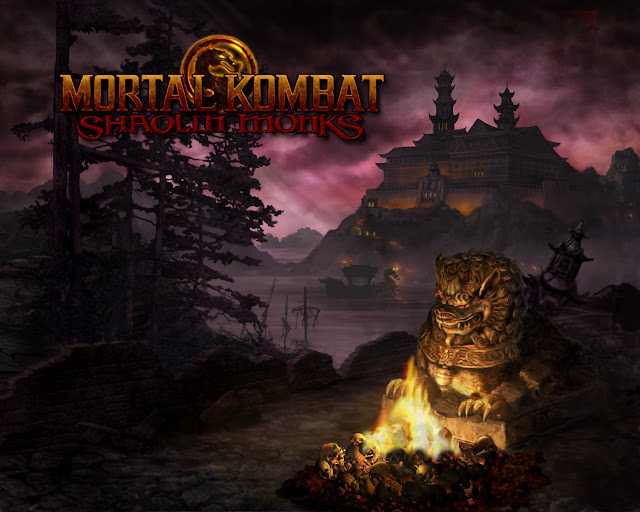 2005 was a good year when it came to gaming we got some excellent games such as Resident Evil 4 and Star Wars Battlefront as well as the launch of the Xbox 360. A game that also released the same year is a title that I don’t often hear people talk about and that game is Mortal Kombat Shaolin Monks for the PS2 and Xbox. It was a complete shift with the standard formula in the series as this time it was not a one on one fighter, but it instead goes for an adventure style similar to God of War. Does it still hold up 12 years later? Absolutely, especially when you play it with a friend.

The story takes place during the events of Mortal Kombat II where Liu Kang defeated Shang Tsung and he has retreated back to Outworld, where he has reported back to the emperor Shao Kahn about his failures. Shao Kahn is displeased with his failure and devises a plan to start another tournament to take over Earthrealm, but first he sends soldiers to attack Raiden’s Shaolin temple, where Liu Kang and Kung Lao must defend it. After these events Raiden sends them to Outworld to investigate the issue, what transpires is a brutal and gory adventure with locations ripped from the arcade game. The story is not great with terrible voice acting although there were a few lines that made chuckle but that was because it was unintentionally funny. 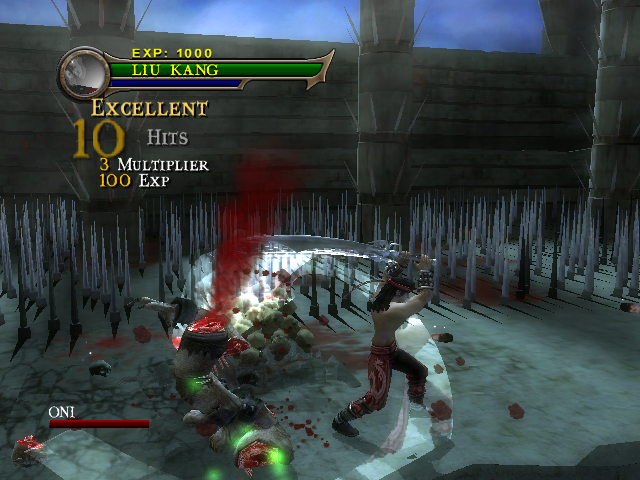 The gameplay as I said before ditches the fighting game formula and goes for an adventure game style, as Yahtzee coined “like God of War but…”. It is very much like God of War with the fixed camera angles and gory action, but in this game you can play it two players which is a lot of fun juggling enemies between each other.  You can pull off finishers which are flashy and fun, you first get the classic fatalities which can be hilarious to brutally disturbing, you have brutality which sends you into a frenzy and you attack faster and harder and finally you have multalities which can take out multiple enemies. These are fun and varied, but over time it can get a tad repetitive as you see the same animation over and over again, but I can’t really fault it due to the technology of the time. 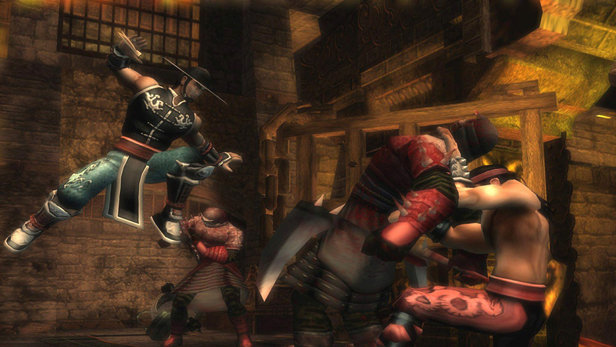 The game controls surprisingly well consider its age, moving the characters around is smooth and snappy, although there are few platforming areas which I had trouble with but I think that was due to the camera in some areas. Combat (no I’m not spelling it with a K) feels great with crunchy sound effects coupled with the excellent combo system which just feels like a good fighting game thrown into a brawler.

Visually the game looks good in some sections, but shows its age in others with bland and flat textures, my favourite area visually is the forest with the sentient trees that eat enemies when you throw them in their general direction. Character models don’t look too bad although the animations in some cutscenes don’t look great with stiff and clunky animations.

Mortal Kombat Shaolin Monks is a fantastic spin off to the franchise and is a must have for your Xbox or PS2. It always boggles my mind why they never made a sequel or spiritual successor to this game as it is a great idea for the MK universe. It is easy find and is super cheap these days, so if you have a PS2 or Xbox knocking about get this game.
Posted by Sam Coles | Bristolian Gamer at 16:33
Email ThisBlogThis!Share to TwitterShare to FacebookShare to Pinterest
Labels: Reviews