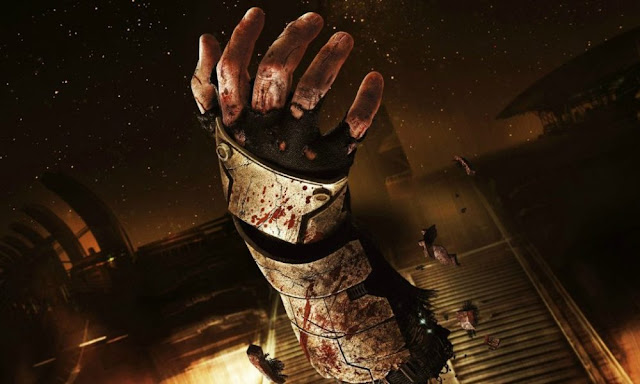 Horror games can be something that is hard to get right, it can be predictable with constant jump scares or it can be a wolf disguising itself in sheep’s skin and it turns out to be an action game. Dead Space is an interesting case as it is an intense horror game but plays like a functional third person shooter; it has jump scares but also misleads you with fake outs. Why is it that gamers still think about this game 11 years later, what is so special about it. I want to talk about in an editorial format, and just delve into it. 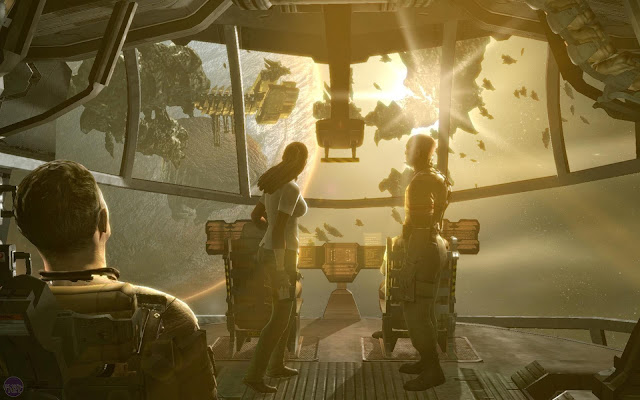 Dead Space starts off slow enough where you are on your way on a maintenance job, where a space station has gone dark. You slowly walk through the corridors and something doesn’t seem right, things go wrong quickly and you are then attacked by deformed monsters that look as if they were torn apart and put back together again where body parts are put in the wrong places. It’s this situation we find the main character Isaac Clark in a panicked state, because he is not a soldier he is….. well a normal person. This is what separates Dead Space from most horror games because you’re not a police officer, soldier etc. You are just a normal person on a mundane job, it reminds me of Half-Life this set up, but those parallels quickly deviate after a few minutes. 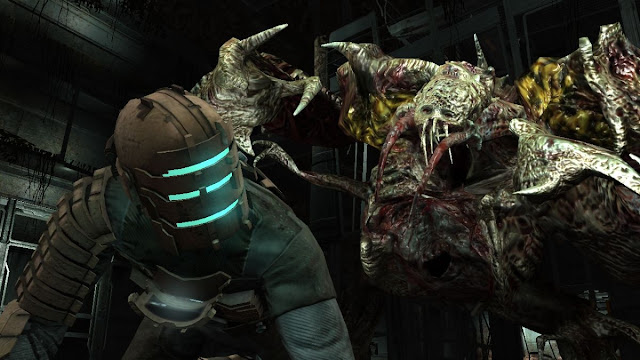 The atmosphere is what sells the original Dead Space, where the music is minimal and you can hear nothing more than the metallic hums and Necromorphs growling in the distance as you stomp your way through the space station. It’s this layer of tension that really got to me when I first played this game when I was 16 years old, it was late, and everyone was in bed and I was alone in the darkness with nothing more than subtle glow of my television. It was the sound design that really got to me, where it was the creaking floorboards in my house started to get under my skin. It’s this level of paranoia that Dead Space evokes, that will have you creeping in dark with a torch where if someone tapped you on the shoulder you would clock them in the face. 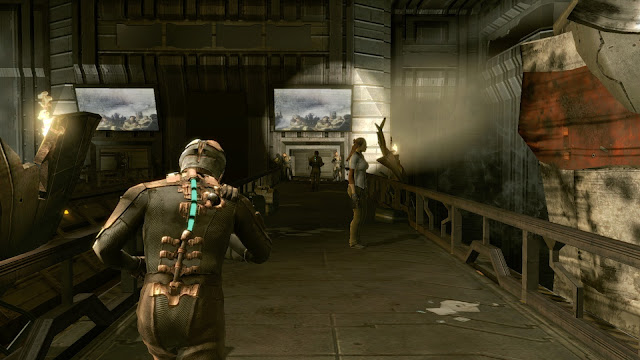 The deep and dark atmosphere is what makes Dead Space…. well Dead Space, I remember buying it and the clerk behind the counter said “It is Resident Evil 4, but in space”. While the parallels do draw a somewhat comparison to Resi 4, it slow deviates as Dead Space takes a more subtle approach even with the jump scares. This is where the game also shines because it will play with your expectations, the game will toy with you with corpses as they will not always get up, where you start to get paranoid and pre-emptively curb stomp dead bodies.

However it doesn’t leave you completely vulnerable as it makes you powerless at the start, but when you reach the final chapters of the game you have the power of a B52 carpet bomber, raining death on anyone who gets in your way. The gameplay was this juxtaposition from the atmosphere as you tend to have so much ammunition that it would make the NRA blush, well on normal difficulty if you play on higher difficulties ammo becomes finite. When you do play the game on higher difficulties the game emphasises accuracy, because in Dead Space you couldn’t kill enemies by traditional means you had to dismember them bit by bit. It added to the gruesome factor; however it encouraged you to be accurate instead of firing like a madman on a caffeine binge as cutting off limbs was the only way of killing them or fleeing. 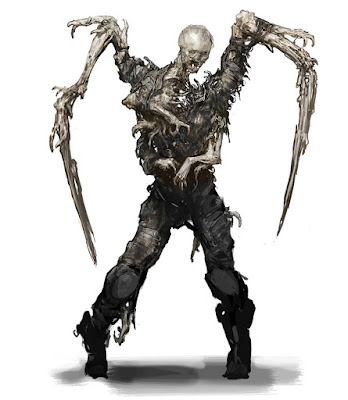 The presentation is something that sticks out even to this day, for a game that came out in 2008 it is still a visually stunning game even if you were to play it on the Xbox 360 and PS3. The dynamic shadows and lighting sell the deep, dark and oppressive environment. Not only that the monster design is truly disgusting, in a good way of course they look as if someone tore someone apart and stitch them back up with nothing more than a needle and ball of yarn made of rotten flesh.

Dead Space is a game that is still fondly remembered, and looking at the current state of EA at the moment with their focus on more live service games I don’t see a new one coming out anytime soon. Who knows, maybe from the ashes of the series we can see a phoenix rise from what was one of the best horror franchises. It does not seem like 11 years ago that we were presented with this terrifying horror classic, but low and behold he we are. If you haven’t I urge you to go back and play this game if you have a 360 or PS3 knocking about, it is also playable on Xbox One via backwards compatibility.