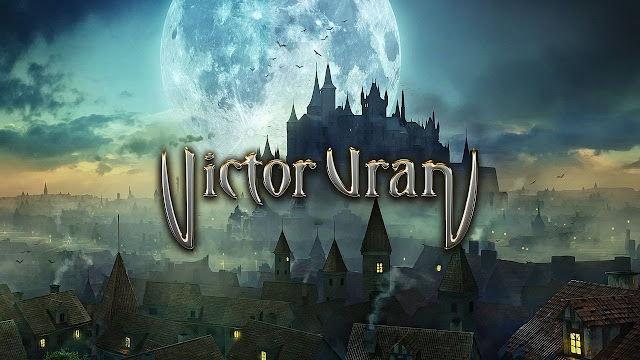 Dungeon crawlers are a genre that I can get lost in for hours upon hours, there is that “just five more minutes” mentality about them then you look at the clock and 4 hours have past. Diablo is probably the most dominant dungeon crawler in the industry but that does not mean that there are not stand outs in the genre and Victor Vran is one of them with interesting gameplay and smooth performance.

The story is about a demon hunter named Victor Vran who has been summoned to the city of Zagoravia where he has to clear out the demon inhabitants. Honestly the story has a basic set up with some dialogue interruptions to give you your next objectives but besides that the game doesn’t really get in your way to unlock sweet loot whether it is new weapons or armour. The voice acting is a bit awkward in some scenes and considering the main character is voiced by same actor who plays Geralt of Riva in The Witcher series it’s a bit odd how bad his performance is which is odd as he is a good voice actor. 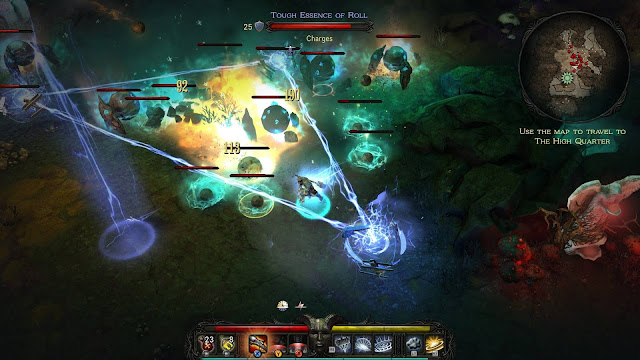 Victor Vran is a dungeon crawler in the same vein of Diablo III where it has a top down perspective as you take on an inhuman amount of enemies but it has some features that make it stand out from its competition. For starters and this may sound a tad stupid but you can jump, yes the ability to jump seems to be a novelty in most games these days for some reason, but this ability encourages you to explore hard to reach places. You have your standard slew of weapons you would expect in this genre such as swords, hammers and maces but you also get access to firearms such as shotguns as it is not set in a medieval setting as it is set in a more Victorian style era. Each weapon has three different attacks first is your standard attack which is good taking down standard cannon fodder enemies to more powerful attacks like power slams or aim your shotgun in a more precise manner which is great for taking down bosses.

Another subtle but really good feature about this game is that you can swing the camera around to your choosing which you can’t do in Diablo which means you can see what you’re doing in tighter areas.
You have a central hub where you can upgrade weapons, create potions and buy general items. This is where you can access the world map it is similar to Diablo III’s home base system where you can manage your inventory in a safe space and stash items for later. 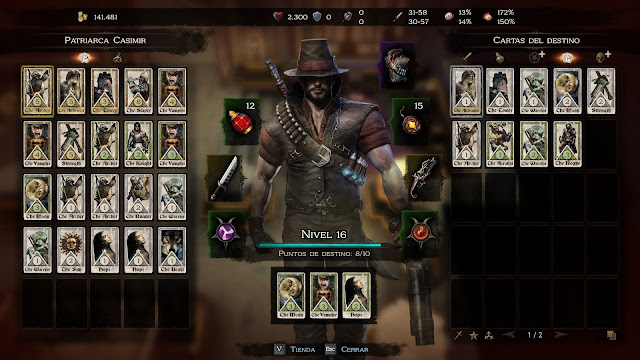 Instead of gem slots you have cards you can activate which have different elemental effects which spice up the attacks both physically and visually. This encourages you to experiment with different combinations to combat certain situations. 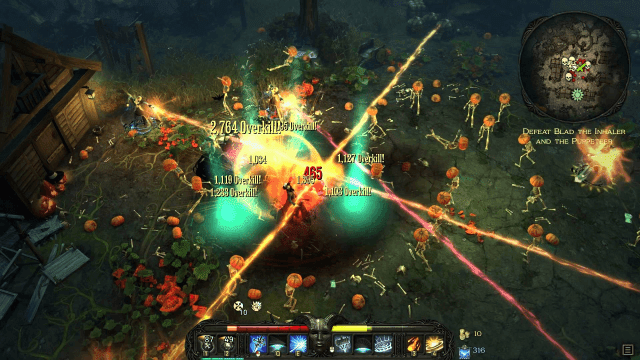 Visually the game is not anything too special however this sacrifice comes with an increase in performance as the game stays at a stable 60 frames per second, I did not have any hitches with the frame rate and it was a joy to play. The game oozes atmosphere with dark and shadowy environments where monsters lurk and surprise you if you don’t pay attention. The game is not deprived from colour as enemies generally have beautiful effects as they cast spells etc.

Victor Vran is a great game and has filled the void of my Diablo itch with interesting gameplay and challenging dungeon crawling. You should pick this game up and it’s not terribly expensive so you’re getting more than your money’s worth, if you’re a fan of Diablo this is the game for you.
Posted by Sam Coles | Bristolian Gamer at 09:39
Email ThisBlogThis!Share to TwitterShare to FacebookShare to Pinterest
Labels: Reviews