Dishonored: Death of the Outsider - A clunky stealth experience. 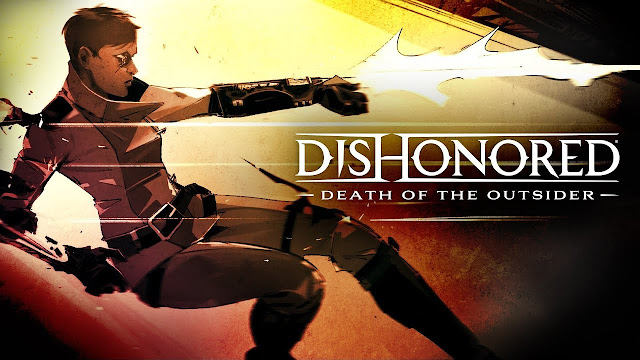 Dishonored was a surprise stealth game when it first emerged on the Xbox 360 and PS3 back in 2012, as it took influence from games such as the 1998 game Thief, which doesn’t shock me as there were people who worked on Thief developing the project. Fast forward to 2016 we got a sequel which was pretty good, but it was hindered with technical issues at release pulling down the overall experience, but Arkane are not done yet as we now have a standalone expansion for Dishonored 2 called Death of the Outsider. Does it fix the issues I have with the series? No it doesn’t, but it does have a few high points. 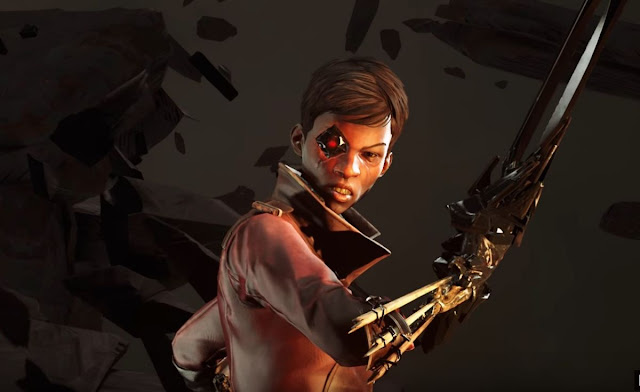 You play as Billie lurk an expert assassin, which seems to be the case in the world of Dishonored if characters are not royalty they’re seem to be blood hungry assassin’s. She first has to rescue her friend Daud, who is being tortured but the gang called “The Eyeless”, once rescued he tasked you with killing The Outsider. The Outsider is a god like being who can bestow powers upon those he wants to use for his own gains, if you’ve played the first game you would know The Outsider gave Corvo the original protagonist his powers. The story is interesting enough to get you through this four hour game, yes it is four hours as this is more of an expansion rather than a full game. 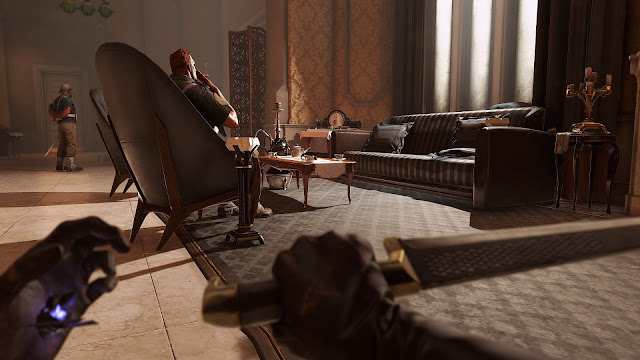 Dishonored strives to be a stealth game, which in my opinion fails in a lot of departments with some questionable design choices. The game is in a first person perspective which is fine as I have played plenty of stealth games in first person, but it is the execution in this game that doesn’t quite hit the mark. Let’s talk about the A.I they have stupidly good eye sight, now I’m not saying they’re clever, but they can see a coat tail and spot you immediately and the sight meter fills up really quickly however you can exploit them. The combat is good, which you can just engage in combat and clear an area instead of sneaking through. However most of the time you’ll be surrounded and die in seconds as you’re as fragile as wet cardboard. 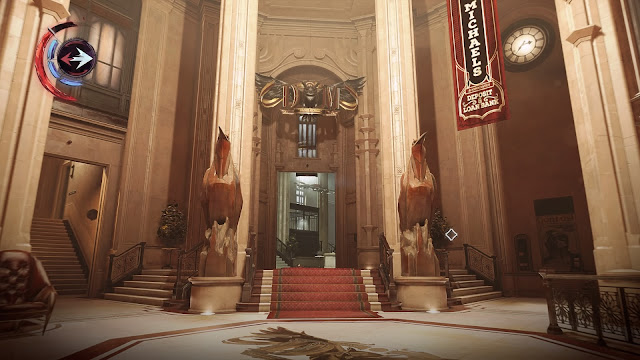 Visually the game looks great, with an oil painting art style, which will stand the test of time as the game does not shoot for a realistic aesthetic. The environments look great with a lot of detail with beautiful water affects and rich and vibrant streets. Character models have an exaggerate look to them that fit this art style, with big chins and broad shoulders that look almost inhuman.

The major issue I have is that you have no idea where the enemies are when you’re sneaking around as you have no mini map. This is also hampered with an extremely narrow field of view on console as I played this on Xbox One; most of the screen is taken up by the comically large hand and weapon models as well as wall textures. I just feel that this game does not do enough to justify a purchase, now I know this is a standalone expansion but Dishonored 2 did not do much to deter itself from the original.

Dishonored Death of the Outsider is a frustrating game, it has a beautiful art style, but the gameplay is clunky. Just because you add a crouch button in a first person game you can’t label it as a stealth game. The AI has inconsistent eye sight, as they can spot you from a mile off or don’t see you at all when they are standing in front of you.  The game can be trial and error, I can’t recommend this game this is coming from someone who has a fondness of stealth games.
Posted by Sam Coles | Bristolian Gamer at 11:53
Email ThisBlogThis!Share to TwitterShare to FacebookShare to Pinterest
Labels: Reviews