Timothy vs the Aliens Review - Gangsters killing aliens wait.... What? 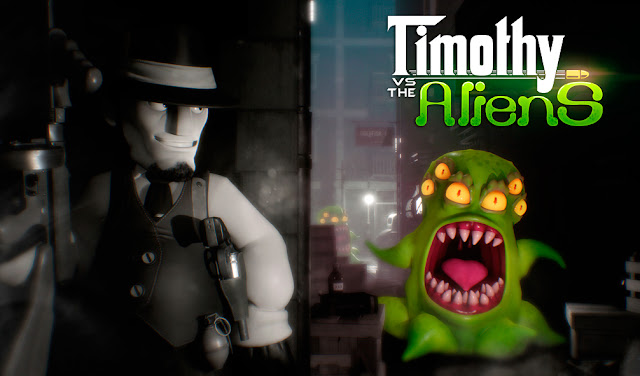 There are game titles you read and think is that real? This was my initial reaction to Timothy vs the Aliens, I was not sure if I was to laugh or walk away in confusion, however it is a fun and completely ridiculous title with its premise, this game almost came out of nowhere and honestly it was not on my radar. Should you pick this up on PS4? Yes absolutely. 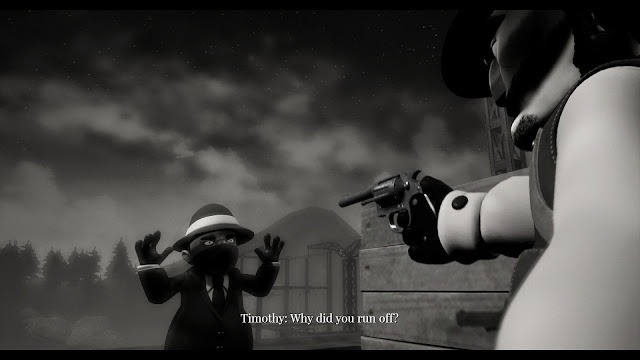 You play as the titular character Timothy who is a feared gangster, where he is doing his usual routine of threating people and collecting money. He has mysterious power where he can slow time down and run quickly, this is due to the ace card he carries in his hat, he acquired this when he was a child when he was abducted by aliens. The aliens gave him a warning that the Earth is in danger and he must use his new power to protect it, Timothy being arrogant did not think anything of it and utilises the power for his own greed. The story is completely stupid but that is all a part of its charm, there is no voice acting to speak of just various grunts and noises with subtitles. 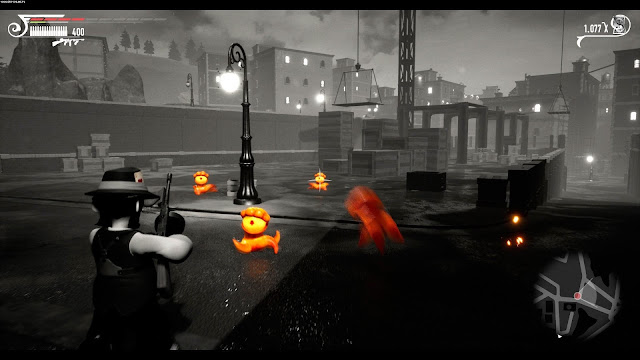 What is the gameplay in Timothy vs the Aliens? What if I told you that it is a third person shooter mixed with platforming in the same vein as Banjo Kazooie, absurd you say? Well that is what it shoots for and it works well, with open ended hubs to explore with secrets, items and enemies to kill. You have access to a pistol to start with that has infinite ammo, which does serviceable damage but gets swiftly put to the side as you gain access to more powerful weaponry. The next weapon you unlock is the Tommy Gun which is great for thinning out crowds of aliens especially the small jumping ones. There is a charging attack, but this is mostly for breaking open boxes for money and getting from A to B in a nimble fashion. 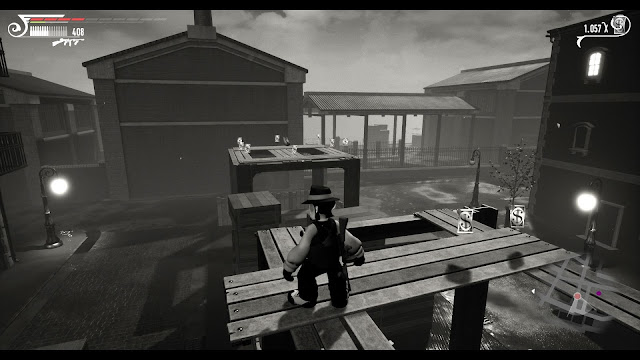 You won’t be just shooting aliens; you’ll be platforming to find items, secrets and new weapons. The jumping and platforming is good, with precise movements fairly easy to pull off, although it is hard to judge if Timothy is going to grab a ledge because sometimes he will and other times he won’t. The camera can be an issue in some areas especially in enclosed spaces which gave me Yooka Laylee flashbacks, but these are far and few and it didn’t kill my overall experience.

The art style is fantastic, as it is set in the 1930’s with gangsters it has a black and white aesthetic, with jazz music playing in the background with exaggerated character models as they are going for a more cartoonish look. You would think that this would make it hard to see the enemies, but fortunately the enemies are the only characters in the game that are colourful so they stand out from the background similar to the Saboteur.

The only game breaking issue I had was a sequence when I was in a sewer looking for a set of keys, I found said keys which gave me the circle button prompt to pick it up, however the game bugged out and I could not obtain them. This wasn’t an issue as I was able to solve the problem with a hard reset, but it did take me out of the moment.

Overall I was really surprised with this game, with its unique and completely ridiculous plot, fun gameplay and a solid art style. This is fun game that does not take itself seriously, if you want a laugh pick this game up.
Posted by Sam Coles | Bristolian Gamer at 09:00
Email ThisBlogThis!Share to TwitterShare to FacebookShare to Pinterest
Labels: Reviews