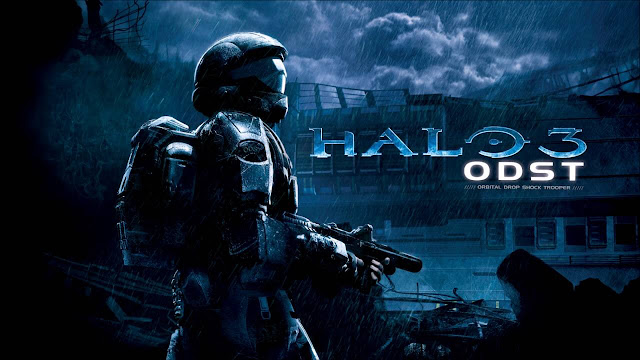 Halo is a franchise that a lot of people like to throw shade at these days, but honestly I don’t understand the negative comments about the newer games as the gameplay is tight and fun, but I do share the comments about Halo 5’s campaign. Halo 3 ODST was a rather controversial release when it first debuted back in 2009, this was due to the fact it was nothing more than a glorified expansion pack, which could be forgiven if they had not charged full price for it. Me being a naïve 16 year old at the time I bought it, mainly for the early access for the Halo Reach multiplayer beta, but I enjoyed it nonetheless. Does it still hold up after nearly 9 years after its release? Yes absolutely. 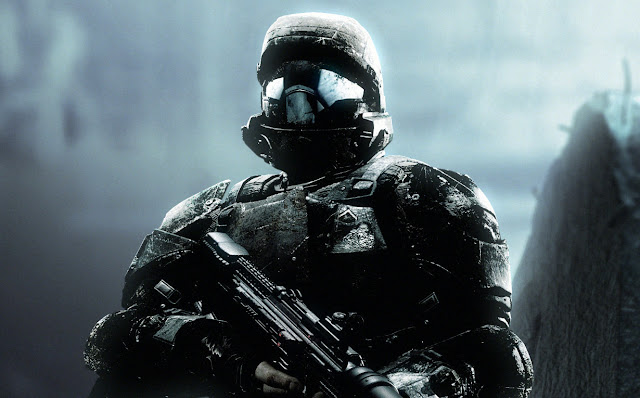 Halo 3: ODST takes place in between Halo 2 and 3 where you are not a Spartan this time, but instead you are a normal soldier, in this game’s case you are part of the Orbital Drop Shock Trooper unit. You play as a character simply named “Rookie”, you are given different orders and one thing leads to another and you are separated from your squad on the dark, cold and wet streets of New Mombasa. I like the story telling this game, because unlike other Halo games this game does not shoot for an over the top and bombastic approach, it goes for a more sombre and subtle approach, this comes across in both its soundtrack and atmosphere. 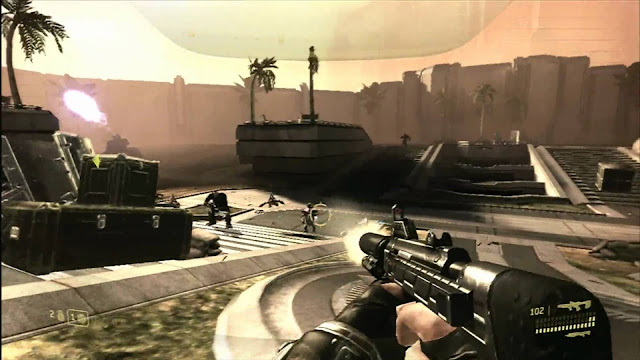 Gameplay is largely the same, they took the current engine that ran Halo 3 and tweaked it to be faster and tighter in the controls department, and as much as I love Halo 3 it was very slow and sluggish. ODST is not sluggish, you will run faster than the Master Chief and the vehicles seem to drive faster too. You mostly play as the Rookie traversing an open hub in the darkness; the atmosphere is mostly quiet as it is night time where you’ll only get into small skirmishes with Covenant patrols. You have to find clues to see what happened to each member of your squad, you’ll find specific objects relating to a squad members such as helmets and weapons etc. This will then cut to a flashback to their perspective until you get to a moment where they lose said possession. 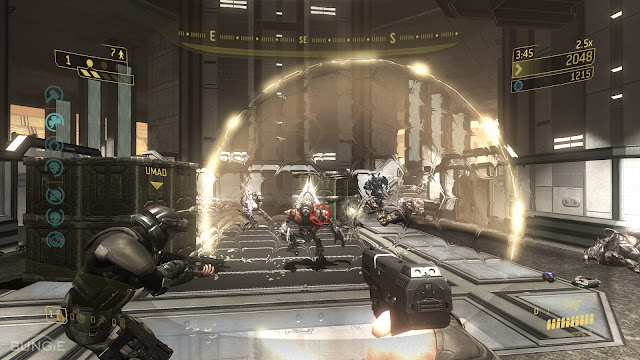 Gameplay is a more fluid compared to other games, but you have to remember you are no longer a super soldier as you can’t soak damage from high falls etc. plus the fixed health bar returns but you do regenerate a bit of health so you don’t die that easily, but you do have to restore overall health with medical kits. 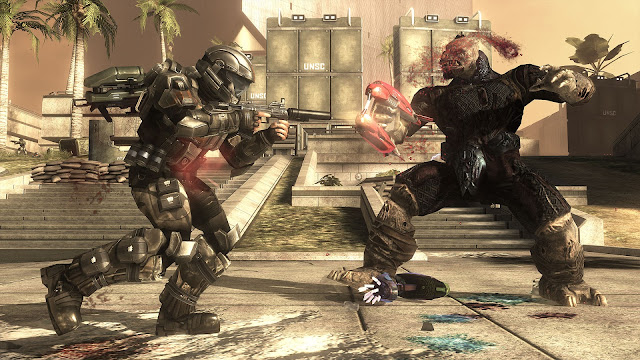 Ignoring the character models this is a beautiful game still; considering it came out nearly 9 years ago the environments look beautiful with the neon lit streets of New Mombasa to the open fields of battle in the flashbacks. The character models do looks severely dated with them somewhat resembling their actors, but you can tell it’s a 360 game released in 2009 as developers were still getting to grips with the system.
The soundtrack is what also stands out in this game, I love how calm, collective and mysterious it is when you skulk around the streets of New Mombasa, it’s peaceful and sometimes creepy as you hear the distant moans of the Engineers in the background.

The only issue I can think of is the length of the game, don’t get me wrong it doesn’t matter these days but back in the day they charged full price for what was basically an expansion to Halo 3. You can finish the game in less than 4 hours if you know what you’re doing, but honestly it doesn’t matter now as it cost pennies, but I picked this up day one back in the day which was made up for the fact they gave you a multiplayer disc with all the Halo 3 DLC maps.

Halo 3: ODST is a game I feel not a lot of people talk about; maybe it’s due to its more sombre approach with its atmosphere and storytelling as it lacks the epic and bombastic approach of other Halo games. It’s worth a play these days as you can pick it up for super cheap on 360 or you can download it on the Master Chief Collection if you want to play it at 60 frames per second and at  a 1080p resolution.