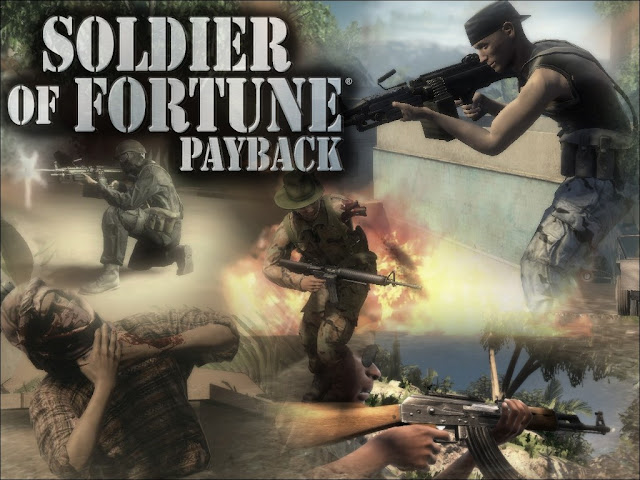 The Soldier of Fortune series was notorious for its graphic violence where you could quite literally blow your foes into the chunks. However they were not just a show case of gore and violence, they were excellent first person shooters made by Raven Software who are now relegated to making Call of Duty games. Soldier of Fortune: Payback is known for being one of the worst games ever, again I feel this statement has lost meaning and has become redundant these days because it’s thrown around a lot on the internet. Is this game the worst game ever? No, but it is not a good game either.

You take control of Mason a “bad ass” mercenary who embarks on a mission to protect a diplomat in the Middle East, his colleague Miller betrays him and kills said diplomat. Manson ends up killing Miller and goes on a revenge journey to take down the shady organisation behind the betrayal. The plot is terrible and it does not help that the dialogue is poorly written with terrible voice delivery; the person playing Mason comes across as a maniac. Maybe the gameplay can save the overall package.

If you’re familiar with the series you’ll know that Soldier of Fortune is a first person shooter, however this game doesn’t function well and lacks any of the finesse or charm that the first two games had. This game is your bog standard by the numbers first person shooter, trying to copy the success of Call of Duty 4 but with gore, ironically this game was also published by Activision. 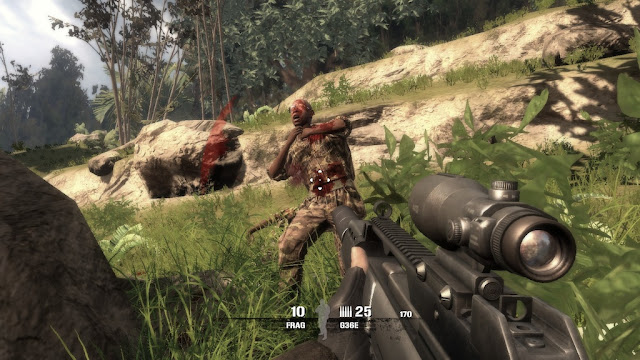 Unlike most first person shooters of the time, this game controls like an old age pensioner who turns and walks as if they are wondering if they left the stove on. The camera controls are sometimes stiff and sluggish, but other times it fast and fluid I’m not sure why this is but it maybe something to do with the auto targeting system on console and it is a pain. Shooting lacks impact with practically no recoil from weapons, I’ve used super soakers with more impact than these far arms. 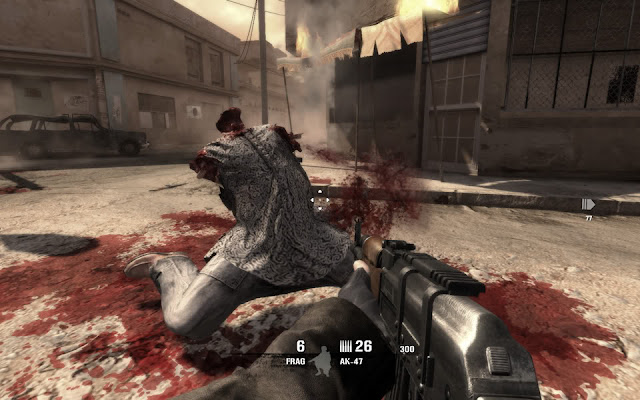 So let’s get into the main gimmick of the game the blood and gore, it’s not as bad as some games of today but to be honest it’s not believable like it was in the first two games. When you shoot someone in this game they fall apart like papier-mâché, and when you shoot someone in the head their cranium just magically evaporates. As over the top the gore system was in the first two games, it was believable especially in Soldier of Fortune II, as you could blow them apart piece by piece, in this game parts just fall off. 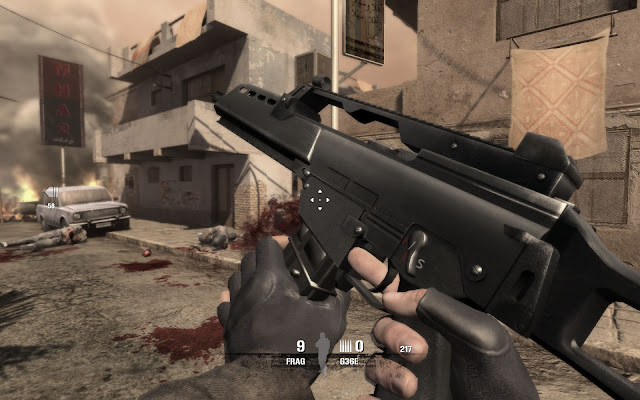 Visually the game looks horrible; it looks like someone has slapped Vaseline on the camera lens with too much bloom in some scenes. The textures are muddy and blurry, it looks like a game from the PlayStation 2, and may I remind you that this was released the same year as Call of Duty 4 and Crysis. The game runs poorly as well, once the gore kicks in the framerate quite literally tears its own arms, which becomes unplayable. The only thing that is good about the visuals are the gun models, each weapon represents their real life counterpart with good detail from AK47s, M16s to Colt 1911 and Sigg P226s.

Soldier of Fortune: Payback is an absolutely awful game and does not deserve the Soldier of Fortune moniker; it has terrible controls, abysmal dialogue and graphics that look like my toilet after a high fibre meal. I paid £5 for this game and that was way too much.