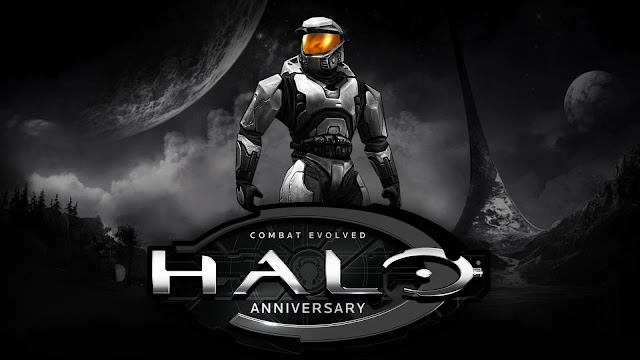 When people think about Xbox these days it seems to be in a negative light, but honestly I don’t understand why, and yes there are a lack of exclusives but if you think about exclusives released each year on consoles during the 360 and PS3 I can count on hand how many were released. However 17 years ago when they entered the console market with their Xbox people were unsure if they could compete with the likes of Sony and Nintendo, but there was one green armoured clad hero that put them on the map and that game was Halo. Halo was originally going to be an RTS for the Macintosh, however Microsoft so the potential in the studio and bought the studio, Bungie scrapped the RTS idea, made a third person game until they settled on the shooter we know today. 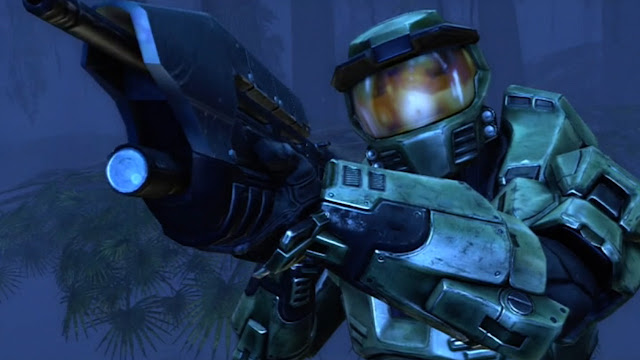 Halo is about the titular rings which are held in high regard by the alien race known as the Covenant, they regard the rings as holy relics but they are a weapon to cleanse the galaxy when the parasitic race known as the flood take over. You play as the Master Chief, who has been stasis since the UNSC have been fleeing from the planet Reach, where the Covenant invaded and destroyed the planet. When you are fleeing a Covenant armada is on your tale where they then catch up and begin to board your ship, Captain Keyes decides to wake Master Chief out of stasis to give the Covenant a good seeing to. Then the game begins, you drive the aliens off the ship and escape via an escape pod and land on the Halo ring, the story is not terribly deep, but it has a lot of intrigue due to the mysterious nature of the Halo ring. 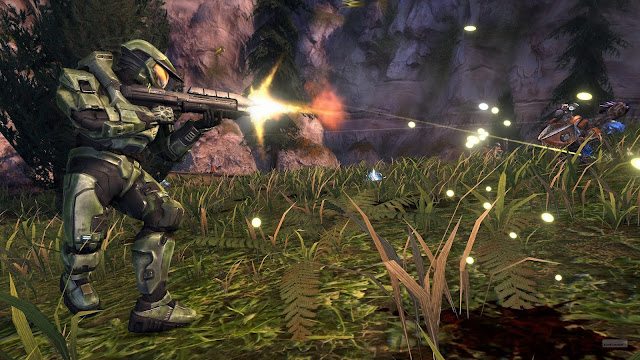 I played this game on Heroic via the Master Chief Collection as I wanted the higher frame rate, as 60 frames per second is nice for a first person shooter but I did play my original Xbox copy for comparison. I found Heroic difficulty was the perfect balance of fun and challenging because playing on Legendary on your own is the equivalent of putting your gonads in a vice. When I played on Heroic I found myself switching and using all the weapons at my disposal, with the exception of the assault rifle which is about as useful as harsh language on higher difficulties as enemies shake off shots from that gun like butterfly kisses. 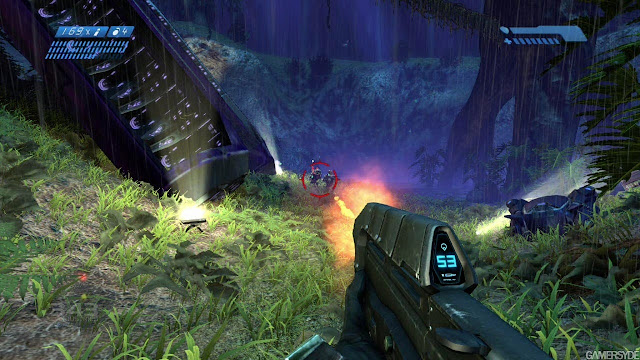 All the enemies have different ways of taking them down, you have the Elites which are the commanding officers on the field which if you kill them the Grunts and Jackals will panic and run about the battlefield, the Grunts and Jackals are the cannon fodder, the Hunters are hulking beasts that hunt in pairs but can be taken down with a single pistol shot to the back. Finally you have the most irritating enemies in the game the Flood, the Flood are zombie like creatures that can take control of dead enemies, now you would think this would add a new and interesting dynamic for combat. Wrong, they are the most frustrating enemy due to the small parasites that roam the battlefield, as they can take control of enemies you have already killed where they one shot your with a  rocket launcher where you fly in other direction as if you’re in a Looney Toons cartoon. It’s doubly annoying as this can happen behind you which catches you off guard, where I thought about repurposing my controller as a wall mount. 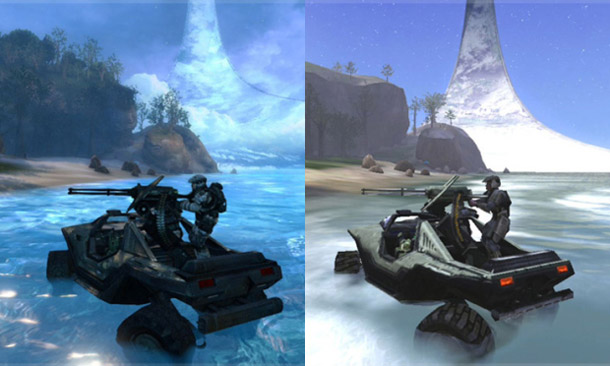 Presentation is fantastic, especially in the anniversary edition although this was at a time where developers had a complete obsession with bloom which would make Ray Charles squint. The great thing about the anniversary edition is that you can switch to the original Xbox graphics, and yes it is crude by today’s standards but there was nothing like it at the time on consoles with the huge wide open spaces coupled with the animations from the enemies. I played the Master Chief version and the original Xbox version and the Xbox One version of the game is the way to go, as it runs at a smooth 60 frames per second for the most part. The game does stutter in parts during busy gunfights, but this was the case in the original release as well but it was more noticeable as that game targeted 30 fps and it would drop to the low 20’s stuttering like the local drunk.

Halo Combat Evolved is still a fantastic shooter even nearly two decades later, and wow I just realised that the Halo series is approaching 20 years old. If you haven’t play this game there are many ways to play these days there is the original Xbox, PC, Xbox 360 and the Xbox One via the Master Chief Collection.