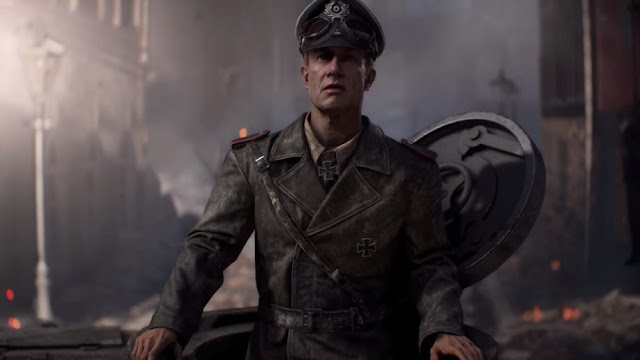 Battlefield V has had a tough time recently, due to its announcement earlier this year as well as releasing in an unfinished state with EA’s “Live Services” strategy. There was one piece locked behind this and that was The Last Tiger campaign in the war stories. When I heard about this when they were talking about it in press conferences I thought, What? They are making a German war story during the Second World War? That is bold. Honestly it is an engaging story, but it is rather weird with certain aspects I will go into that make it standout and not in a good way. 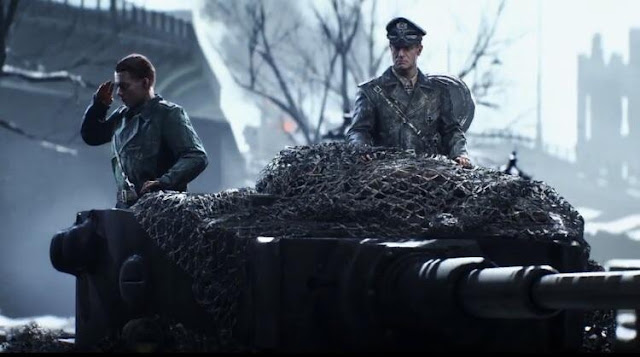 You play as a tank commander named Peter Muller, where he is in the Rhineland during the closing stages of the war where they are trying to push American forces back. You are accompanied by three other soldiers; you have Kertz the tank driver who is indifferent about the conflict, Schröder a devoted Nazi fanatic who follows everything by the book and finally Hartmann a rookie soldier who is frightened.

You get a range of feelings from each of the characters with Peter being the veteran within the German military who followers orders but is ultimately human and sees the errors of his ways by the end of the war story. Kertz is there because he has to be and he doesn’t really care about who wins or loses the war, he is there to drive to the tank. Schröder is devoted to the cause and will shoot anyone who dares to desert the battle, where Peter has to tell to calm down at certain points of the story. Hartmann is like any other young man during the Second World War German or not, he is frightened and wonders why he is there. 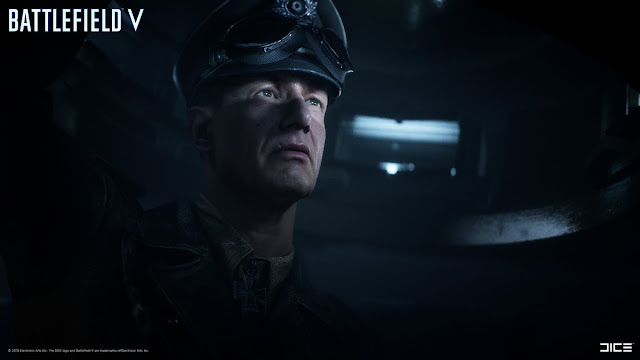 As engaging the story is we get into a factor that makes the story feel weird, and that is the fact the game does not reference Nazi Germany or Adolf Hitler at all. You can put a smoke screen over it as much as you want, but you know damn well they are fighting on behalf of the Nazi party especially when it comes to the character of Schröder who is the embodiment of a Nazi fanatic. It just feels very odd to play a World War II game with no reference to the Nazi party, whether it is the Swastika not being present which it is not in any of the war stories, to the fact they don’t reference the Third Reich.

Now I know why they did this, it is because they wanted to show that the Germans were following orders as they had to like other countries around the world. However I think sugar coating Nazi references makes the impact of the story stagger, if they didn’t hold back I think the story could have more of an emotional and shocking impact. I say this because half way through the story Peter starts to doubt what they are doing, it’s scene when he is driving through the streets and he sees soldiers that have been hung for fleeing where he comes across Hartmann who has been given the same fate. This is a powerful moment as he starts to have second thoughts about the war efforts, and tells Schröder to shut up as he calls him a traitor. 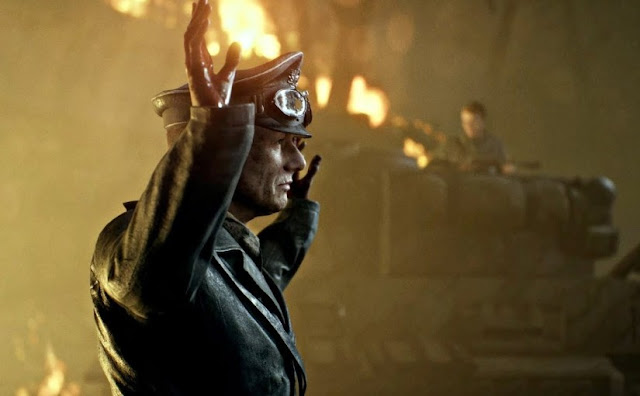 The ending is just as powerful as Peter and his crew are surrounded by American soldiers, where the tank driver Kertz starts to doubt everything as says they lied to us and starts to realise what he has done during the war. Again who they are is left up to the viewer, which again is rather jarring due to the lack of Nazi reference in the story. He leaves and is shot in the back by Schröder because he sees him as traitor as he is fleeing the battlefield, which Peter is mortified as it is his old friend. After seeing that he is surrounded Peter gives up and realises what he has done is not moral, and surrenders where is then gunned down by Schröder as he sees him as a traitor of the fatherland.

The Last Tiger is a bizarre story, because I know they want to portray the German side of the war from the eyes of the soldiers, but the sugar coating of the Nazi party makes it jarring. If they were to keep that in the game I think the story would have more of an impact, I understand that what the Nazi’s did was horrible in war, but that would make the story all the more impactful and show the audience to never forget past atrocities.