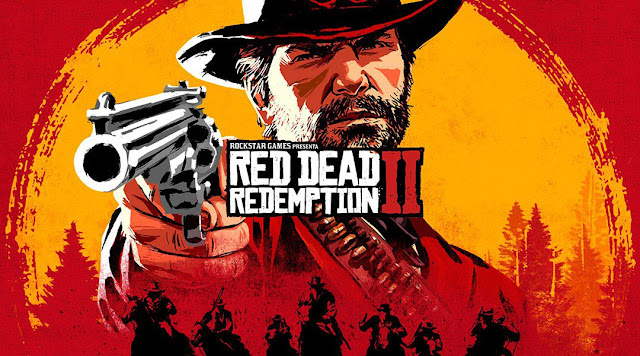 Red Dead Redemption II has to be one of my favourite games of this generation; it was a long and staggering wait for me as I had been anticipating a sequel ever since I finished the last game in the summer of 2010. There is something about the open world in this game that stands out from others in the genre, I want to go into it and talk about why it is special. Let’s go on a journey as we explore the world of Red Dead Redemption II.

The problem I have with most open world games is that they don’t feel like a living breathing world, where you are dumped in this visually stunning looking environment where it then reveals its two dimensional nature where you have a check list that you obliterate. Rockstar somehow makes the world interesting to explore, and it doesn’t matter that map is huge I never found myself using fast travel at all because the world is that interesting where anything can happen. 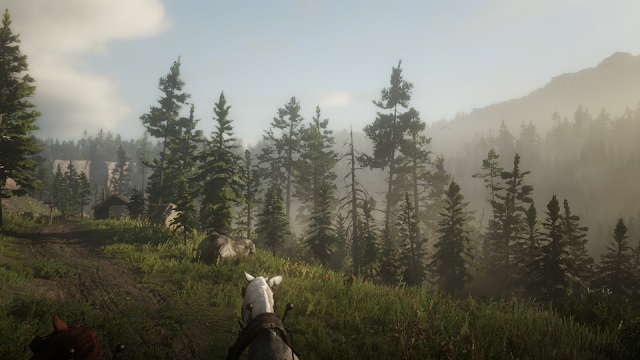 Once the game has finished its prologue the world is more or less yours to explore, this is what I like about Rockstar open worlds since GTA V they no longer restrict you from exploring all of its world from the word go. Things open gradually and organically, there are never any objective markers above an NPC, they will shout to you if you need your help. In Ubisoft open worlds they get this wrong on every level, as it seems they want to constantly remind you that you are playing a video game with their tooltips and constant reminders of events like they are a nagging spouse.

The game’s activities are delivered to you in an organic manner; you don’t see flashing icons in front of you. Say you want to hunt down a bounty all you have to do is find a wanted poster and talk to the sheriff, it makes exploring the world believable and dare I say it “realistic”. It’s something that kept me exploring the world, even the random events are fleshed out more due to the unique scenarios. These can be events such as people trying to blow open a safe on the side of the road, needing a lift to town or stopping a robbery. What makes this great is that you can react how you want to, you can help people or you can pull out a sawn-off shotgun and full their face in with buckshot. 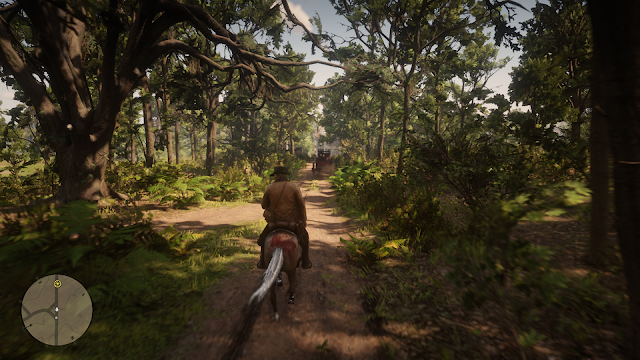 It is the design of the world which encourages players to go off the beaten path and see what they can find, which there is a lot you can find. Whether it is abandoned camps where you piece together what happened or hermits that have decided to live outside of society and reject cultural norms. 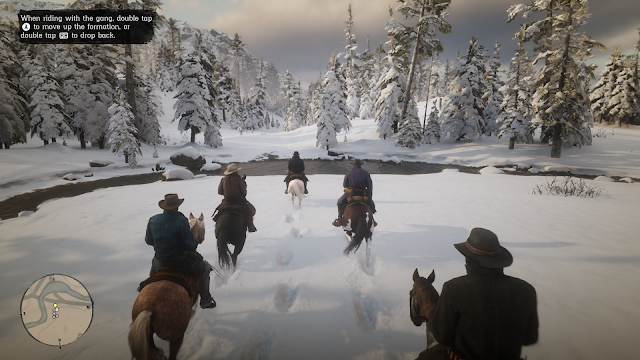 What helps with the exploration of Red Dead’s open world is the HUD, or should I say lack thereof. There is a HUD but ever since Rockstar released Grand Theft Auto IV they have gone for a minimalistic look, where they only really display a map and your ammunition as they want you to see the landscapes. What I loved doing is turning off the HUD entirely, as you can really appreciate all the effort that Rockstar have put into crafting this beautifully realised world from frost laden mountains with snow creasing as you walkthrough, to damp and humid swamps with crickets chirping in the darkness.

Red Dead Redemption II is an open world experience that has me captivated with its beauty, it’s been a long time that I felt genuine love for a video game’s world, last time I felt this wonder was when I played Oblivion for the first time. Rockstar have truly created something special, where I want eat, sleep and live in for years to come.