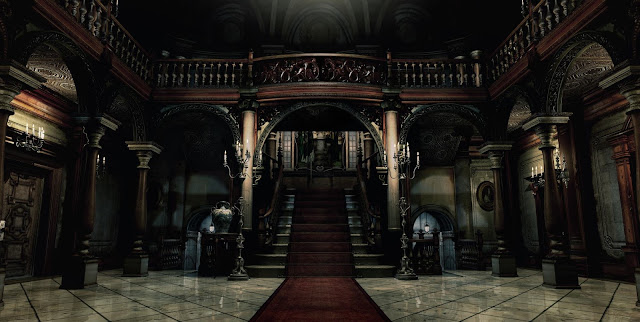 Resident Evil tends to be the punchline for a joke, mostly due to the writing resembling someone trying to write Shakespeare in snow with their own urine and Resident Evil 6. However I never came to the series for the stories it’s the atmosphere, there is something about Resident Evil’s atmosphere that gives me the chills.

Let’s start off with the voice acting, now I can hear your monocles pop off while you say “Oh my”. Just hear me out, the voice acting is bad, stale bread levels of bad, but it is the strange nature of the voice acting that puts me on edge. What I realise is that yes the acting is bad, but also it’s so bad you think there is something strange going on where no normal person acts like this, it just makes you think that something is happening in the background. The next time you play any of the earlier games keep this aspect in mind and it might surprise you. 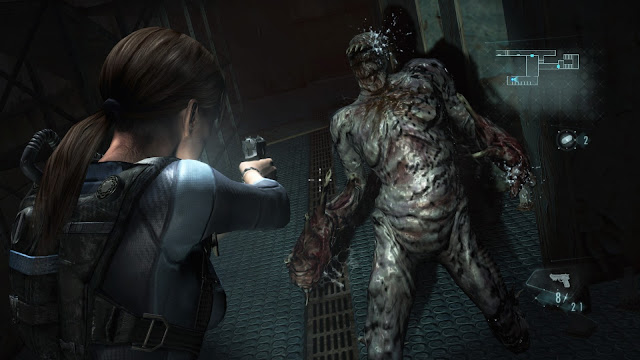 Let’s talk about sound, what Resident Evil has always got right is its sound design this can range from the weapons that pierce the silence to the more mundane such as footsteps. The first time I entered the mansion in the first game and you hear your foot steps on the carpet which then leads onto the stone floors, the difference is staggering with the muffled thuds to the echoing clicks as Jill’s heels connect with the floor. This really emphasises tension in some areas of the games, the parts that really have me on the edge of my seat are the rooms that have no music at all. These parts all you can hear are the taps of your feet and the distance noises of unknown threats, you can hear the distance moans of zombies as well as their decaying flesh squelch as they shuffle towards you at an eventual pace. 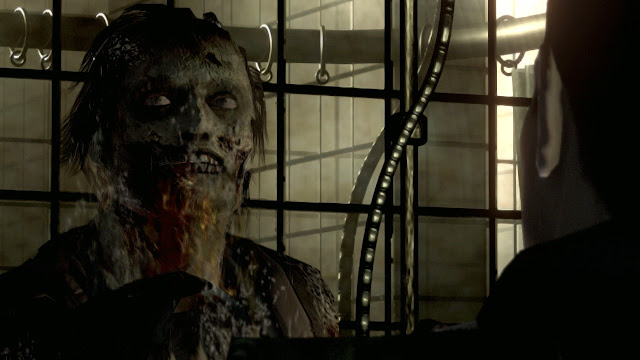 The scenarios you find yourself in make the atmosphere more terrifying, yeah sure in the first game you started off in a spooky house however it’s the overall context that is truly frightening. The reason why I say this is because Resident Evil is not supernatural horror it's science gone wrong.

When I played these games as a child (sorry Mum), the foot and mouth crisis was happening here in England and it spread at an extraordinary rate and we had these leaders that didn’t know what to do. Resident Evil evokes this situation where a virus/disease spreads rapidly where authority figures are in a panic, and this truly frightened me. Now I know that this sounds laughable, but I had an overly active imagination as a child but you can see why it seems believable with a virus being ignored until its final breaking point. 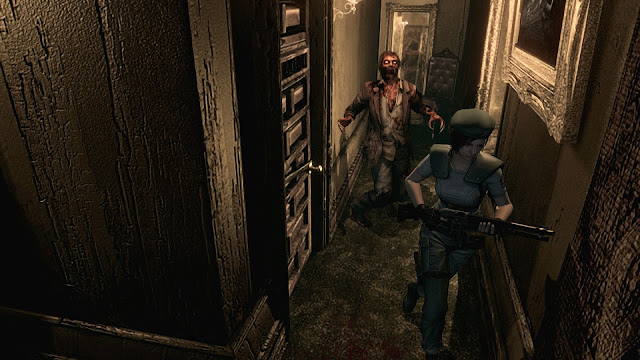 A final noteworthy addition to Resident Evil’s atmosphere is the music, often people sight that you don’t need music to make for a tense situation which is somewhat true. However Resident Evil strikes a balance of tense horror and safety, you can be walking down a corridor and this intense and oppressive track will be looming over you as you hear the distant shuffling of monsters. Where on the other hand, you can have these soothing tracks that evoke a sense of safety while at the same time it is telling you that you have to go back out there and deal with the imminent danger. The music in the series has always had this great juxtaposition of making you feel tense in one situation to letting you have a breather; this is what makes the player constantly on edge.

Resident Evil is a series that always has you on edge with its atmosphere (minus Resi 6), its believable scenario of science gone wrong with epidemic proportions of infection, a tense musical score and the odd voice acting that leads to believe that something strange is going on make for great horror. They look to recapture it once again with the remake of the fan favourite Resident Evil 2, with dark claustrophobic corridors and the unknown moaning in the distance.