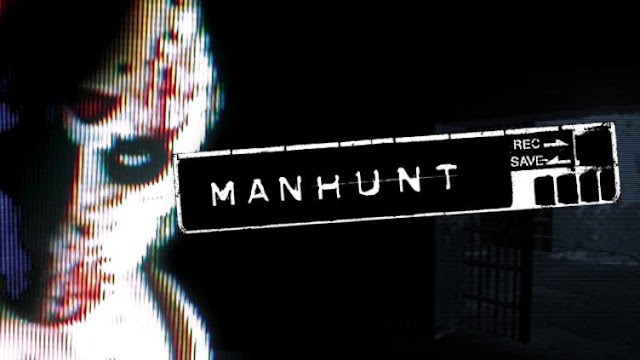 There are some games that question us if we are enjoying what we are doing, this can be mundane such as crossing the finish line in Mario Kart or beating a boss in Dark Souls. However sometimes games will ask the question “Do you like hurting people”? Manhunt is a game that still lives in infamy even over 15 years since its release. Rockstar Games are more mature these days but in the early 2000’s they were generally known for their more edgy titles. Manhunt was different as the tone was on the other end of the spectrum compared to Grand Theft Auto, yes the GTA games were violent but they were so over the top that it wasn’t believable, Manhunt is more unflinching with its approach to violence. I want to go over different aspects of Manhunt and why to this day it is still disturbing.

Manhunt sees you take control of a death row inmate named James Earl Cash, generic names a side he is a mute and is designed to be an unlikable protagonist one could argue that he is an antagonist. He saved from his demise as an unseen mouthy pervert simply known as “The Director”, wants Cash to perform for his snuff film and wants him to slit, garrotte and plastic bag through his fellow man. The set up for the game is already disturbing, there is no up lifting morality and there is no sight of a happy ending with the completion of the task, just death and murder. 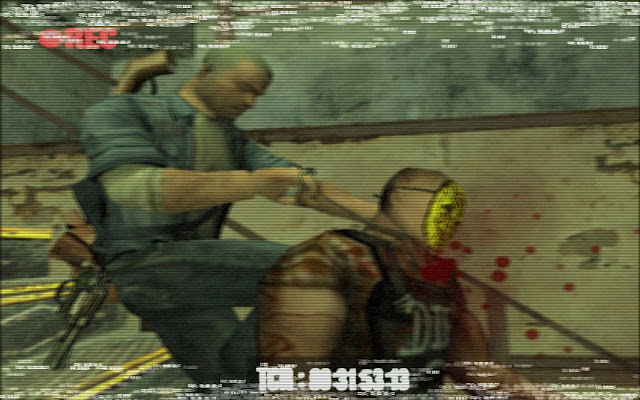 The game is notorious for its violence, now Rockstar up to this point were known for their violent games; however the Grand Theft Auto games had a more goofy tone. The issue people had with Manhunt was the fact the tone was very grim and serious, the executions got people talking and had everyone turning their heads and not in a good way. It’s not easy to kill people in this game as some uneducated news outlets would let you believe at the time, no you are rather vulnerable as you have to be sneaky and quiet to takedown your enemies. 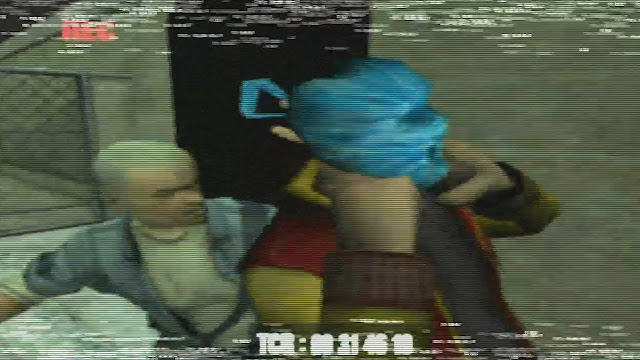 It maybe rather crude visually by today’s standard, but the animations in Manhunt are still unflinching, they are not over the top they are gritty and somewhat believable. The one execution that everyone sights is the plastic bag, for good reason because it is rather disturbing as you see Cash suffocate his victim and they struggle and scream while gasping for air. It’s something that still gets to me to this day, even 15 years after its release. 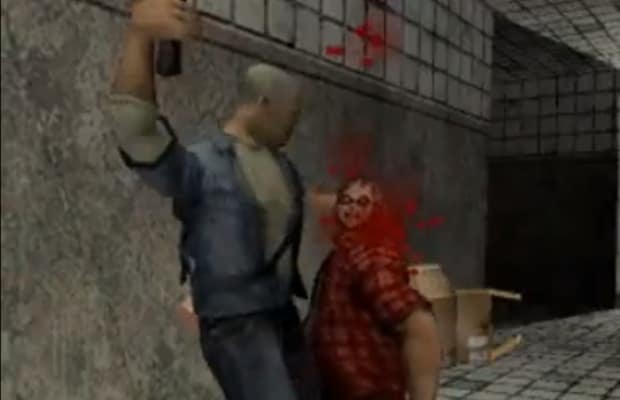 Manhunt’s violence makes you think about your actions, it’s not the other top nature of other bloody action games, it throws it in your face with intense close ups and acute angles. You see every detail as a knife plunges into your victim’s throat, every blow of a bat and the serrated edge of a meat hook.  Now I’m not one to get put off by a game with its violence, however Manhunt presents it in such a sadistic way that it makes my skin crawl sometimes, there is a reason why I don’t play it often.

At the end of the day, Manhunt is arguably a critique of man’s inner primal instinct appeasing to the Heart of Darkness motif where Cash let’s lose with his savagery. One could argue that he doesn’t have a choice, but why does he execute his actions without blinking an eye? Who knows but I think it’s a great example of how a game (besides Spec Ops The Line) can make you question your actions.