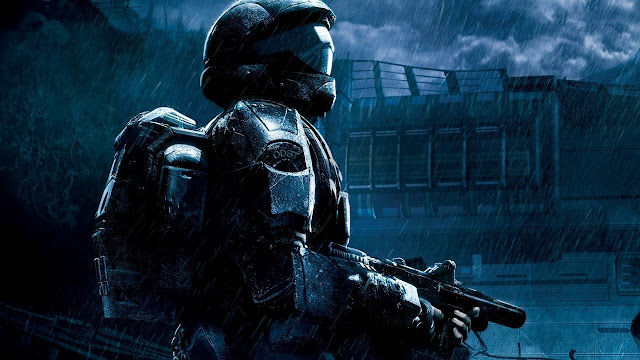 (Minus the title card, all screenshots are mine via an Xbox One)

Sometimes it’s hard to believe that 10 years have passed, 2009 doesn’t seem that long ago but lo and behold that was 10 years ago. Halo: ODST was a bit of a strange release in the series as it wasn’t a full Halo game, but that doesn’t make it a bad game far from it. However you weren’t this unstoppable killing machine like the Master Chief, no you were for a lack of better words human. I remember playing this game when it came out, being 16 years old I didn’t like it too much due to its slower pace, however as I get older I have more appreciation for it due to my love affair for slower games these days. 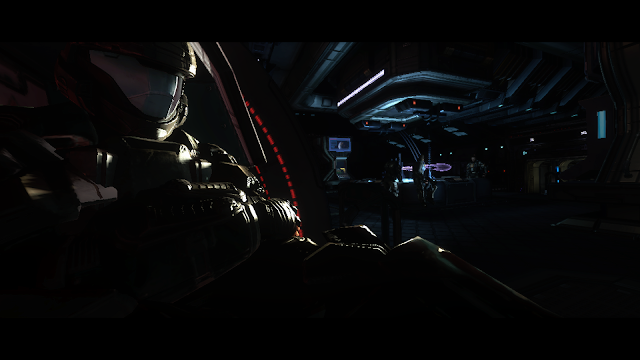 Halo: ODST takes place in between the events of Halo 2 and Halo 3, when the city of New Mombasa is under siege by Covenant forces. You take control of “The Rookie” who is a part of the titular ODST, which stands for Orbital Drop Shock Trooper, a bit of a mouth full but they are UNSC’s Special Forces. They are used for covert operations, and have been tasked for taking down a Covenant carrier or that is what they think when they are told to change course mid drop. Things go inevitably wrong, and you wake in a drop pod that is nothing more than shattered glass and twisted metal in the rain and darkness. After that explosive introduction, things dial back and become lonely and isolated as you look for your squad in the darkness.

During 2009 games were rather frantic and over the top, we had such titles like Modern Warfare 2 and the first Borderlands. Halo: ODST almost went completely under the radar, but most (me included) probably bought it for the upcoming Halo: Reach multiplayer beta. 10 years later I have a better appreciation, why is that? Is it the gameplay? No, because it was basically Halo 3 with a few new weapons, no instead it was the atmosphere. 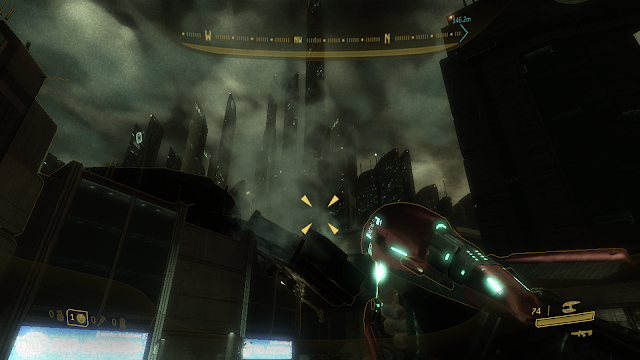 The key word to take in with you when you play this game is isolation; throughout your play through as The Rookie you are alone. You have nothing but the rain beating down on your visor, coupled with the darkness as you hear the grumblings of Brutes, Grunts or worse Hunters. The Rookie is a silent protagonist which some would roll their eyes at these days, but honestly this trope works in the game’s favour as he doesn’t need to speak as his squad mates and environments themselves tell you everything you need to know. It’s very much like Half-Life in that regard of storytelling as you can choose your level of immersion. 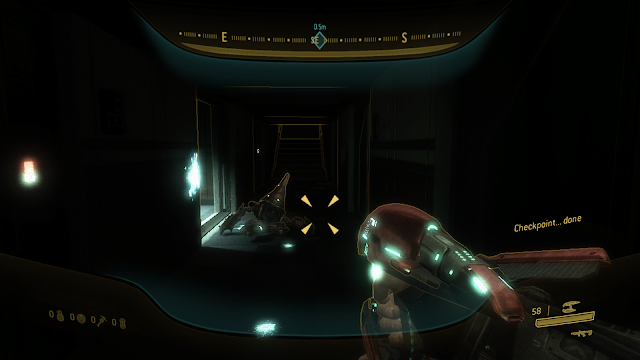 The soundtrack really emphasises the lonely nature of game, with piano tracks as you skulk in the darkness to the deep and heavy drum beats as you explore the claustrophobic interiors where there is nothing more than blood and corpses strewn across the floor. It’s this juxtaposition from the rest of the Halo series that makes it standout; it doesn’t have these sweeping and epic orchestral scores because you are not this godlike entity you are just a soldier on the battlefield fighting for your home. You almost feel scared for your life when are The Rookie, because it is clearly his first live combat scenario and you feel under powered with the silenced pistol and SMG. 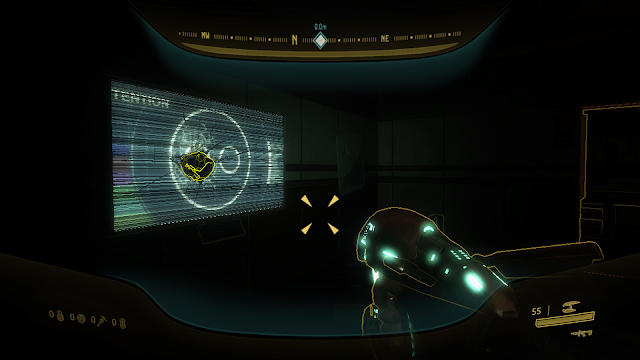 However as the game progresses he starts to have a greater grasp on the situation as he pieces the puzzle together, and this is done without any dialogue or heavy exposition. They could have had him comment on everything that he came across, but that would kill the atmosphere and it’s up to the player to understand the situation.

Halo ODST is a strange game in the series, and I’m not saying that this is a bad thing. It took what was the current Halo formula and turned it on its head, where it crafted this atmospheric and ambient experience where you are alone in the darkness, with little ammunition and just the rain to keep you company. It is stunning that it is now 10 years old, I remember it like yesterday when it was announced, and as I get older I have a new appreciation for its subtle storytelling with its silent protagonist. If you haven’t played it, it is super cheap on the 360, or if you want to play it at a smoother framerate and resolution it is available on the Master Chief Collection. It is a game that not only Halo fans should experience, but gamers in general.