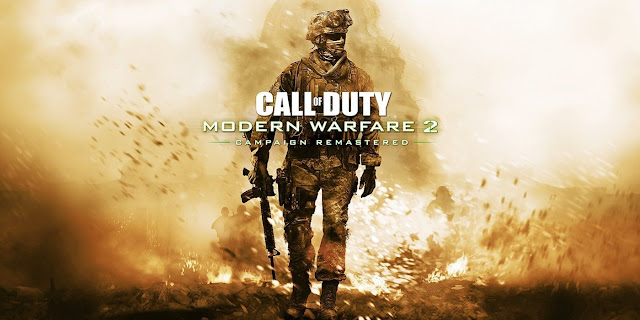 Hard to think in three years (at time of writing) that the Call of Duty series will be two decades old, and like a tree you can cut the series in half and the evolution of the series like rings symbolising its age. So here we are in 2020 playing a remaster of Modern Warfare 2, which I’m in two minds where I’m thrilled to go through the campaign with beefed up visuals. On the other hand I am rather confused, as they have omitted the Spec Ops and Multiplayer as they are what made the game special. Anyway let’s take a look at the campaign remastered, and see if it is worth your time and money. 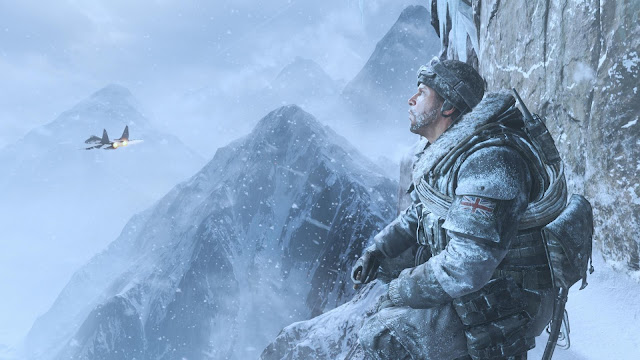 The story is the same as the original game; it takes place 5 years after the events of Call of Duty 4 where the world is once again plunged into chaos. After the joint efforts of the SAS and USMC to stop the ultra-nationalist Russian party led by Imran Zakhaev all is well, until one of his lieutenants Vladimir Makarov takes over and tries to start a third World War. Makarov starts a war between Russia and US, where the Russians end up invading American soil. General Shepard puts together Task Force 141, consisting of Soap Mactavish, Simon “Ghost” Riley, Gary “Roach” Sanderson and of course the man who embodies facial hair Captain John Price. The story holds up really well with its twists and turns, with excellent performances throughout from the cast. You really feel the weight of the situation throughout the battles, as well as Captain Price’s cynical outlook on things. 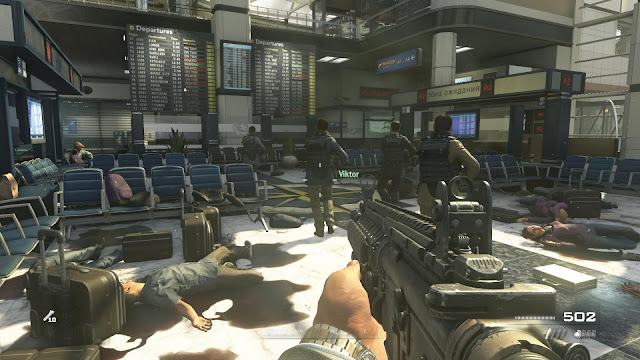 Gameplay has been mostly left unchanged from the original, although there have been some tweaks to the formula to give weight to the controls giving you a sense of presence throughout. You no longer feel like a floating camera on a stick, don’t get me wrong the gameplay is still fast and slick but the added weight makes it feel more grounded. The shooting is still tight, satisfying and responsive as you snap onto each enemy. Guns really pack a punch in this game, which is elevated by the enhanced sound design which I will get into during the presentation section. There are usual moments where you will take control of vehicles, turrets and unmanned drones these range from UAVs loaded with predator missiles, Jeeps miniguns as well as utilising mounted high calibre sniper rifles. 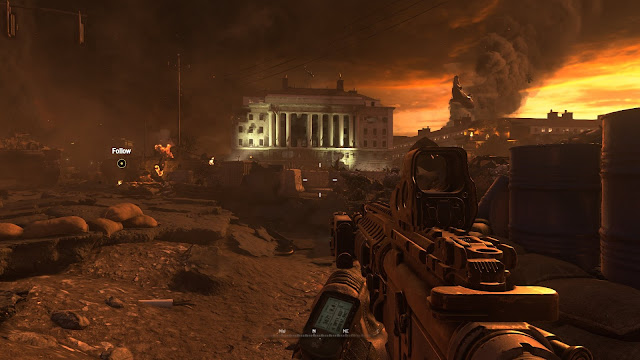 Presentation has been given a huge makeover; it stimulates your nostalgia senses as it looks like what you thought it looked like in 2009. The game has more detail in all departments from the gun models, character models, environments as well as subtle details added for immersion. For example during the Cliffhanger mission your player character will put on a set of protective goggles when the storm intensifies, it’s not needed but it makes sense thematically, and there are so many instances of these new subtle details throughout this remaster.

As I have said before sound design has been given a huge boost, not only that audio quality in general is much better. The problem in the old version of the game is that sound layering wasn’t the best, certain sounds would either be too quiet or too loud fortunately that is fixed in this remaster. Guns sound terrifying in this game in a good way, the shotguns shake my floorboards with my subwoofer and the LMGs have a thunderous chatter as you cut down legions of soldiers.

Now let’s address the elephant in the room, there is no multiplayer and now I have played this remaster I kind of feel like something is missing. As many issues I have with Modern Warfare 2’s multiplayer with its problems and imbalances, I still had a lot of fun with it and formed many memories with it. That’s why I find the current asking price of £20 a bit steep, unless you want to do a Veteran run or get all of the trophies then you aren’t going to get much value out of it.

Overall I enjoyed my time revisiting this game campaign with a fresh coat of paint, but my question is why? Why did they just release it like this? It was fun, but I think I could not recommend it just yet at the current price, wait for a sale I would recommend.