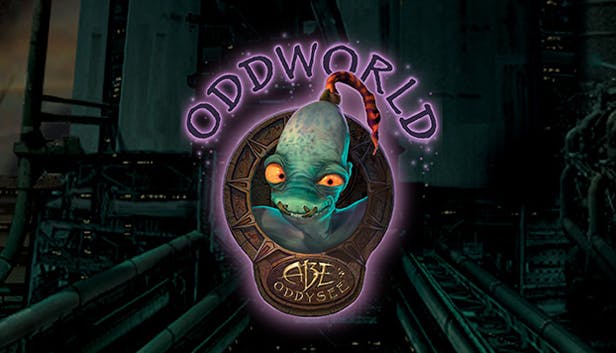 Childhood memories of games really stick in your mind; this can be for a number of reasons whether it is the fact you didn’t have to worry about things as well as having that sense of wonder you don’t quite get anymore when you are an adult.  This segment is more of an experiment and it might become a staple on the blog, or something I will do here and there but anyway let me tell you about Oddworld: Abe’s Oddysee.

Released on the original PlayStation all the way back in 1997, Oddworld was released at a time where developers were more willing to experiment with ideas and gameplay concepts. Oddworld was such an interesting and Odd (you see what I did there) with its setting, story and gameplay. I remember this game intriguing and frightening me as a child, with the unique world and the horrifying design of the creatures of the enemies. Even nearly 23 years later this game’s atmosphere still sticks in my mind, and is something that has not been replicated in games of today.

Let’s start off with the story; you play as the titular Abe who works for a meat processing plant called Rupture Farms, I’m sorry did I say work? I mean he is actually a slave, which he states himself. Anyway confusing job titles aside, he is working late one night and over hears a meeting from the higher ups of Rupture Farms. Things are not going well as they have processed most of the animals of Oddworld into extinction, so they have come up with a solution of turning their own workers into meat lollipops. Which is rather counter intuitive, because if you are going to kill your workers who is going to do the work? But I digress. The story is a great mixture of serious and humour, it does indeed have a dark tone but it is also not afraid to throw in cartoon sound effects when Abe bashes his head. It’s this juxtaposition that keeps you off guard throughout the game’s narrative. 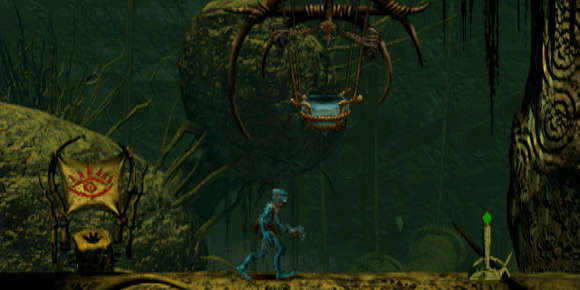 The atmosphere, where do I start? This game that is nearly 23 years old at this point still holds up, and that is saying a lot when it comes to PS1 games. The art style is absolutely beautiful, the hand drawn pre-rendered backgrounds look absolutely stunning with each area looking unique where I felt each new locale I would explore feeling fresh. The soundtrack is also a standout, where it can range from dark and oppressive, relaxing as you explore the forests outside of Rupture Farms and the chanting and almost whispering in the dark caves of the Paramites. It’s an atmosphere I have not seen replicated; it is totally unique and still sticks with me to this day. 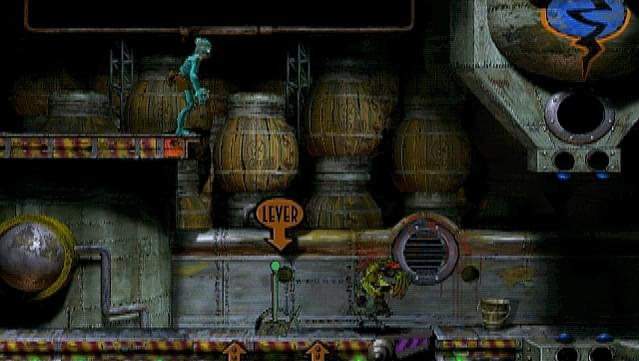 Now the gameplay can be a mixed bag, while I enjoy the weighted momentum of Abe but it can test my patience from time to time. I chopped this down to me being a silly child and my lack of skills at video games, but even as an adult I struggle to finish this game. It has delayed controls, spikes in difficulty and situations that are extremely trial and error where you would have to play the game before to see these traps coming. However I still like with the different scenarios you go through to save your fellow brothers and sisters, as well finding devious ways of killing your enemies. 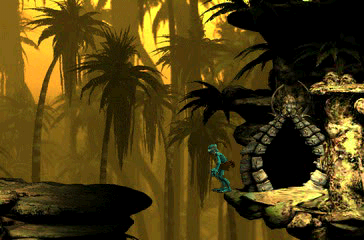 The game is a platformer, but you are not fast or super human you are a weakling who can die in one hit. Now this sounds like a terrible idea, but honestly it works in the games favour you have to utilise stealth, communication and mind control no you didn’t skip a page I said mind control. The game relies heavily on communication with your fellow Mudokons, where the game speak control scheme comes into play. You have hello, wait and follow me you have to guide them through hostile territory and as a child I would often get most of them killed resulting in the bad ending. These days I can save most of them, as you have to grasp the slight delay they have when they move, which can lead to some extremely tense situations.

As I said before you have mind control, in the first game you can only take control of the trigger happy Sligs. This adds a different layer of complexity, as you can now attack with a machine gun, however you can no longer climb or jump. You can also communicate with different enemies and wildlife; this is great for gaining the upper hand. It’s a dynamic system that allows you to feel powerful and weak at the same time, but when the game grants you that power it makes feel like Thanos with the Infinity Gauntlet in comparison.

Oddworld: Abe’s Oddysee is a game from my childhood that still holds up remarkably well; sure it has its trial and error nonsense. However outside of that it has an art style that holds up 23 years later, coupled with an excellent musical score that adds a layer of atmosphere. There is a remake called New “n” Tasty, but I do recommend playing the original on the PS1, PC, PS3 (disc or digital) or the PS Classic.