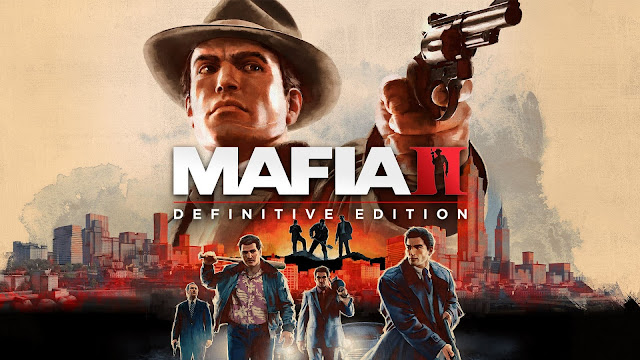 With the trying times at the moment we all like to reside in our comfort zone, the games industry knows this by producing a good amount of remasters and remakes recently. Mafia II is one of my favourite story driven games from the Xbox 360 and PS3 era, where it wears its influences on its sleeves with storytelling ideas taken from The Godfather and Godfellas. Now 10 years have passed since its original release, 2K Games have produced a remaster for current gen consoles. Does this remaster do it justice? Yes and no. 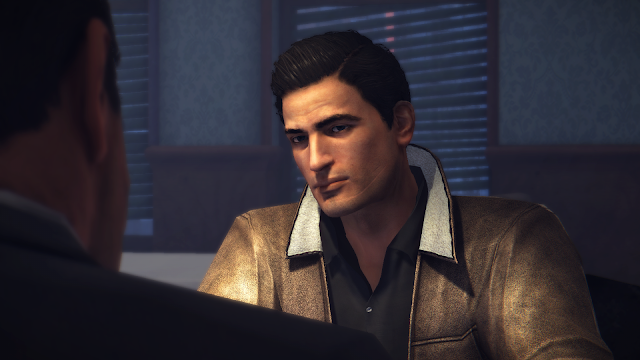 Mafia II takes place in a fictional city within the US called Empire Bay, between the years of 1945 and 1951. You play as Vito Scaletta a young trouble maker trying to make it in the world of organised crime, one night he is robbing a jewellery story with his friend Joe where he is then arrested and sent to fight in the war during the invasion of Sicily. After he is shot in the war he is sent home, where his friend Joe has connections to get him out of the army where he then embroils himself in the world of organised crime. He ends up working for the Clementi Family where he is then thrown in jail for 10 years, and comes out in the new world of the 1950’s, where he ends up in a world of betrayal and murder. The story even 10 years later has aged well, with its storytelling with the dialogue and visual presentation. 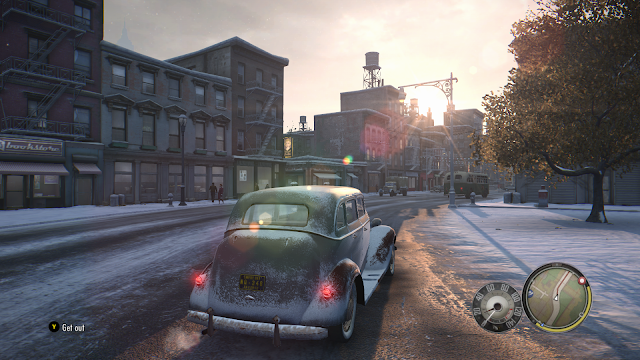 I remember at the time gameplay was rather contentious as a lot of people were wondering what it was trying to be, a linear action game or open world GTA clone with a Mafioso skin. Well it kind of falls in between the two, while you can explore the world of Empire Bay it’s like and to quote Geralt from The Witcher Netflix series “It’s like ordering a pie and finding it has no filling”. While the open world aspect is very beautiful, it is about a hollow as my stomach in the morning where there is not much to do in it but that is not the main focus. 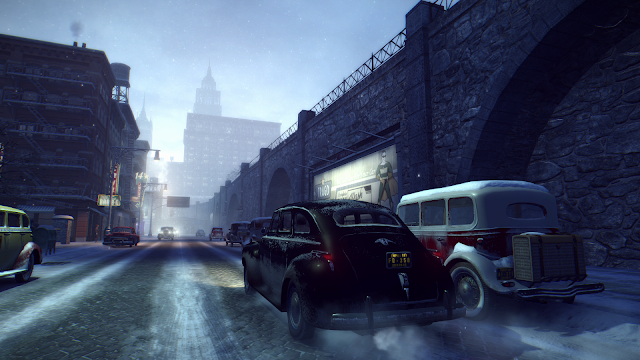 The main focus are the narrative missions, which have serviceable combat with guns having weight and a good punch to them which I cannot say for the hand to hand. The hand to hand is functional but not particularly engaging especially when you unlock the counter attack, where you can hold the block then use the counter move, rinse and repeat. I got most of my enjoyment out of the firefights and car chases, as the engine is still really impressive with bits of walls falling off in chunks as bullets rip through and cars turning into a burning shrapnel heap as you crash. Still very impressive and amplified with this remaster. 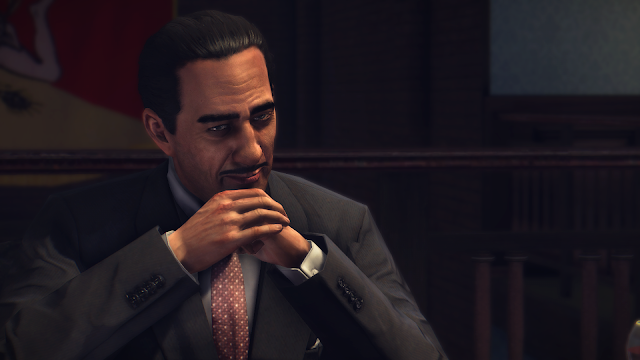 So does this remaster do the game justice? Yes and no, while from a console gamer’s perspective the game looks objectively better than the Xbox 360 and PS3 version. With character models (mostly the main characters) have more details on their face, hair and clothes. The environments look cleaner with extra details, such as improved textures with snow and various interior surfaces. Cars look sharper and look amazing, especially in the sunshine as it reflects beautifully.

I can hear you now, “Sam what is wrong with the game”? Well let’s start off with the big issue, it doesn’t run particularly well, I played this on a standard Xbox One and it stuttered a fair bit. The game targets 30 frames per second, but unfortunately struggles to maintain said framerate in busy environments, interior sections of the game as well as certain cutscenes. There were a few bugs that were not present in the original too, such textures on some character’s faces stretching all over the place which never happened in the original game or cars just spawning out of nowhere. The last issue is the audio mixing, this was an issue in the original but it is somehow worse in this version where it is either too loud or too quite. What is also very baffling, during most cutscenes audio for the dialogue will play out of one channel, the last I checked this is 2020 and mono audio is not a thing anymore.

Overall Mafia II: Definitive Edition is fine, but unfortunately is hampered by technical issues that were not present in the original. I would say grab this if you haven’t played it before, but I hope they fix these issues as this is one of the best narratives in video games from last decade.