New artwork has surfaced for the most anticipated RPG of 2015 The Witcher 3: Wild Hunt. It shows off two characters one that has been seen in the series but has been mention in dialogue and makes an appearance in the books Emhyr var Emreis emperor of Niflgaurd and Triss merigold. 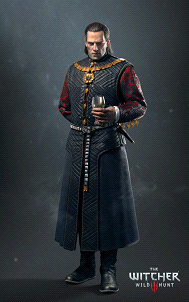 Emhyr var Emreis is the ruler of Nilfgaurd which is located in the southern kingdoms of the continent. He is brutal leader and clever with tactics in war and has been trying to take over the northern realms for years.


Triss Merigold is a sorceress with beautiful looks and a mysterious personality she is Geralt of Riva’s companion in adventure as well as lover at one point. She once served as a royal adviser to King Foltest of Termira also known as the prince of Sodden, sovereign of Pontar and Mahakam as well as the senior protector of Brugge. 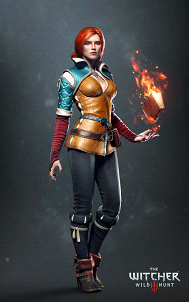 The Witcher 3 Wild Hunt will be available on PS4, Xbox One and PC on the 24th of February.
Posted by Sam Coles | Bristolian Gamer at 11:33
Email ThisBlogThis!Share to TwitterShare to FacebookShare to Pinterest
Labels: News