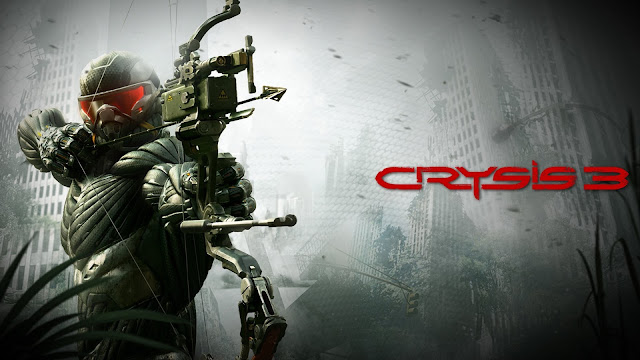 Crysis’s claim to fame wasn’t its gameplay but rather the fact it was and still is a bench mark for high end gaming PC’s but that doesn’t mean consoles missed out on the series as the second and third game came out on the Xbox 360 and PS3 with mixed results. Crysis 3 came out in 2013 at the tail end of the 7th generation and was during the period when every game had a bow and arrow in it. This game feels like an expansion to Crysis 2 and is short really short, but does that make it a bad game? No not for the price you can get it for these days. 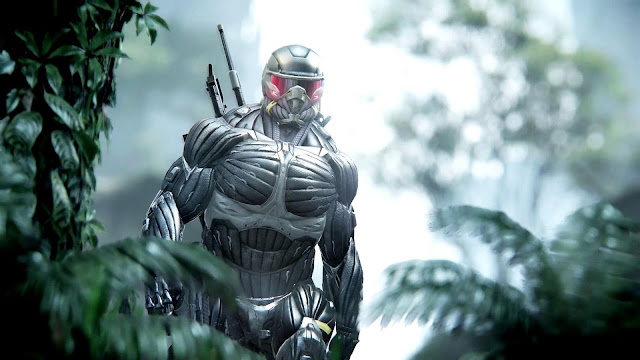 Crysis 3 takes place after the second game where Alcatraz’s personality has been overwritten by the original nano suit wearer Prophet. Prophet has been captured by the mercenary group Cell as they are rounding up people who were from Prophet’s unit from the first game where they then tear the suits from them for study. You’re then freed by your old friend Psycho who then goes to explain that New York is on lock down by Cell to contain the remaining Seth forces in the city who invaded Earth. The story is actually really interesting and it helps that it is acted and performed really well as they used motion captured to bring the actor’s faces and motions to life. 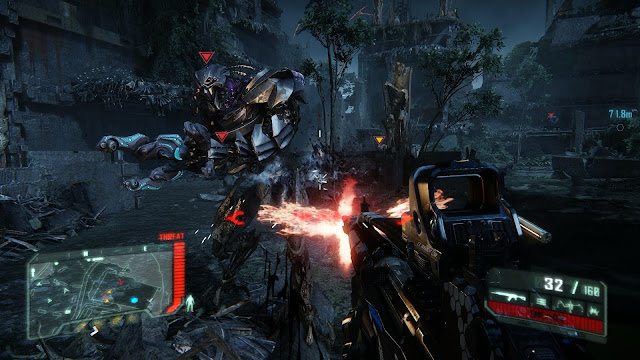 The gameplay is largely the same from the second game where it takes a Far Cry style where you can scan an area from a distance and decide what action to take whether it is loud or quiet. It is advised to take the quiet route because you take damage easily which is a bit strange as you wear a nano suit which is designed to soak damage up. This is my biggest gripe with the gameplay is that this is a first person shooter that discourages the shooting part which is a shame because the guns and customisation of the weapons is insane and fantastic. When I tried to go loud I would find that the enemies took too many bullets to kill, you would only take a few shots to die and ammo is scarce during firefights especially during the two boss battles in the game with stupid fighting patterns. 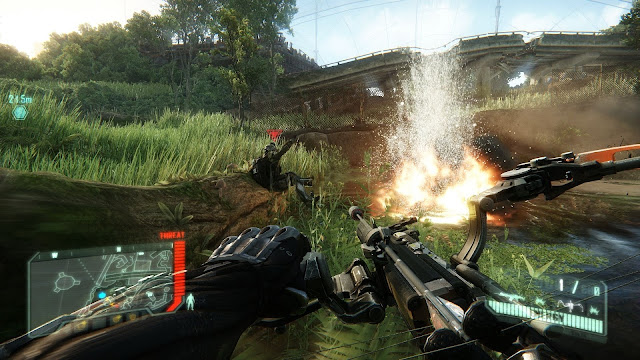 What is good about the gameplay well I do like the customisation of the weapons on the fly as well as the addition of the bow and arrow. When you’re in a firefight you can hit the back button (if you’re playing on 360) and Prophet will hold his gun up and you can change sights, barrel attachments, under barrel, magazine upgrades and bullet types. This is great as it encourages experimentation as there is a lot to play around with as it adds an extra layer of depth. The bow is a nice addition as it not just standard arrows you have you also have frag, electric and shrapnel arrows so say if an enemy is in water you can use electric arrows to shock him and others around him.

Prophet has abilities with his nano suit such as the ability to cloak which is great when sneaking around and makes you feel like the Predator but it runs on an energy supply and runs down quickly if you run or fire a gun. However if you use the bow it does not use any energy at all, which does make the game a tad easy. He can also turn his suit into a shell which can absorb damage, this is great when you’re in a sticky situation or if you need to fall from a particular height. 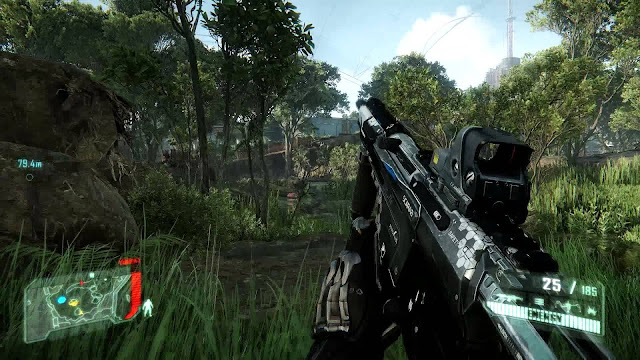 The presentation is beautiful this game really pushes what the Xbox 360 can do as Crysis 2 really struggled to run on the 360 as it was Crytek’s first time bringing the series to the consoles. It really feels that they have got the hang of things with this game as it runs well on the 360, not perfect by any means as the frame rate does tank at the start of the game with the intense rain effects. The overgrown look of New York looks amazing with trees and long grass swaying in a dynamic way when the wind blows I was astonished that this game looks this good on an Xbox 360, but this was released in 2013 on the tail end of the generation.

Overall Crysis 3 is a mixed bag it’s not a great game but it’s not a bad game as it has its high moments with the superb acting in story but the gameplay has some frustrating moments but it has some unique aspects. It’s not expensive to pick up these days as I picked my copy up for £2.50 so it’s a good bargain.
Posted by Sam Coles | Bristolian Gamer at 09:18
Email ThisBlogThis!Share to TwitterShare to FacebookShare to Pinterest
Labels: Reviews