Mass Effect 2 Review - A great sequel to a flawed game. 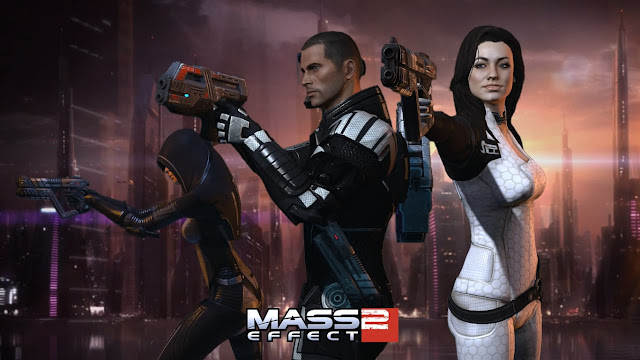 Mass Effect is one my favourite RPG franchises with deep and interesting stories with fun third person shooting combat. Mass Effect 2 is my favourite not just because it improved on everything from the first game but it was what got me through a week of illness. I remember being really ill and it was on sale back in 2010, my Mum bought it for me as it looked like something I would like and she was right on the money. 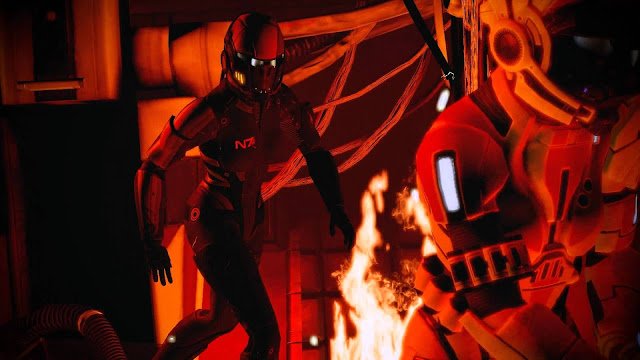 Mass Effect 2 takes place after the first game where the council have been completely destroyed by Sarren who was working with the Geth to resurrect the Reapers who are ancient machines that come around every 50,000 years to purge organic life. Shepard is on a routine patrol when they’re attack by an unidentified object and the Normandy is destroyed along with Shepard dying. Shepard is then brought back from the dead by the organisation known as Cerberus who want human domination throughout the galaxy. Shepard is tasked to take on a new threat called the Collectors who harvest human colonies, so Shepard must assemble a crew to embark on a suicide mission. I like the story in this game as it has real weight and one wrong move can cause the entire mission to go wrong with most of the crew getting killed it really means it when it says suicide mission. 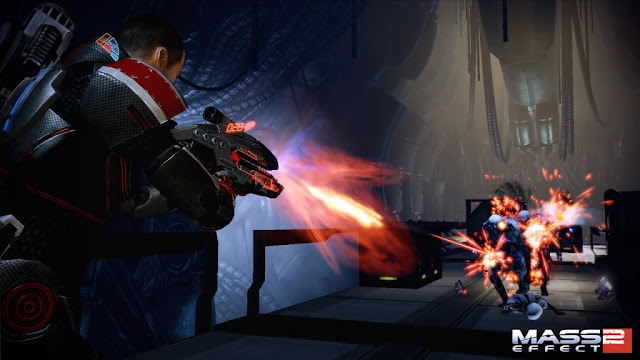 The gameplay was vastly improved from the first game as the original was great but was extremely clunky when it came to combat. They took a more streamlined approach by borrowing mechanics from games such as Gears of War and Resident Evil 4 and it gave a much needed shot in the arm with quick and tightly responsive controls. However with that they did strip down the in depth RPG mechanics from the first game which annoyed a lot of fans from the original but it did not bother me that much as it felt less daunting than the first. Gone are the planet exploration segments with the terribly controlling mako and now all you do is scan planets from your ship to salvage materials to upgrade the Normandy for the final mission yeah it is rather tedious to scan and send in probes but anything is better than the mako driving sections from the first. 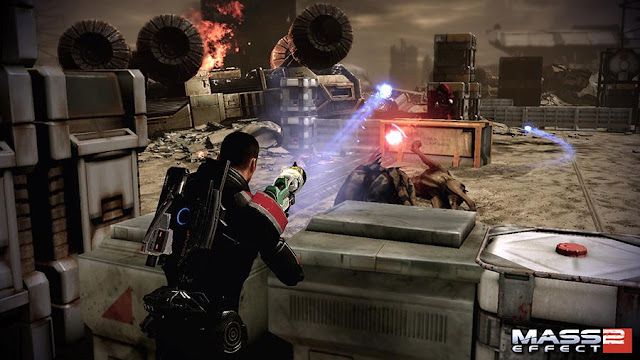 It is crucial that you upgrade your ship before the final mission if you want the entirety of your crew to survive as well as making sure you do all the loyalty missions so they will stay on side with you and so they won’t do anything stupid and die. I like this because it adds emotional investment to all the characters where you end up really caring when they do die in the current game or when you carry them over into the third game. 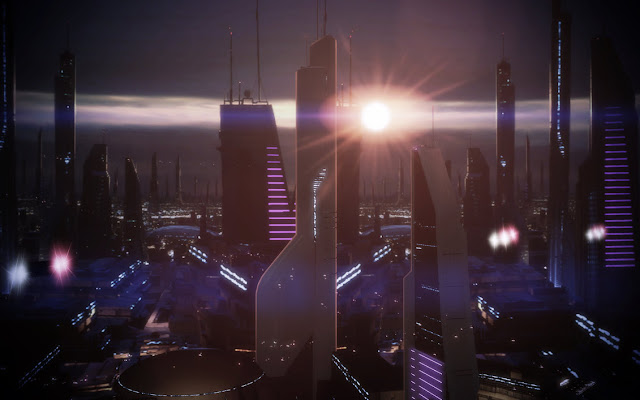 Visually the game looks 10 times better than the original the character models got a real boost with better animations and better details on faces whether they’re human or alien. Environments looks absolutely stunning from the neon lit streets of the citadel to the moist looking hive of the collectors. Considering the game came out 7 years ago Mass Effect 2’s presentation is still awe inspiring and is something I can still boot up today and stare at the beauty.

Mass Effect 2 is a game that still stands the test of time and is a game that I can see people talking about 20 years down the line; it has to be one of the best games of the 7th generation of gaming. Mass Effect 2 is easy to find, cheap and playable on Xbox One if you are owner of that system via backwards compatibility. If you haven’t played this game where have you been and go out and buy this game.
Posted by Sam Coles | Bristolian Gamer at 18:12
Email ThisBlogThis!Share to TwitterShare to FacebookShare to Pinterest
Labels: Reviews