Army of Two The 40th Day Review - Grab a friend and shoot everything. 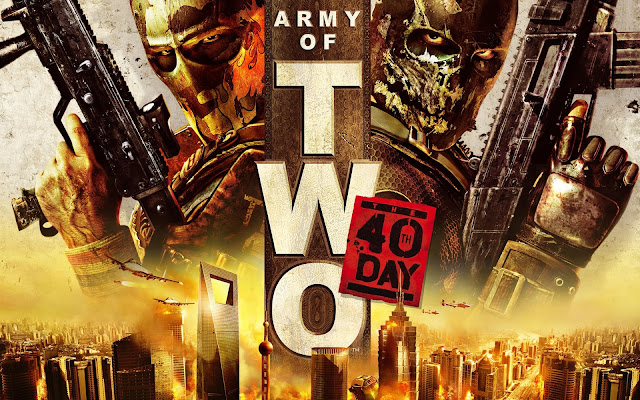 Army of Two is an interesting series as a lot of people seem to enjoy it but a lot of game critics seem to pan them due their “dull” nature. Honestly I enjoy them they are a lot of fun as they don’t take themselves seriously except for the third game which sucked all life and fun out of the series. Army of Two The 40th Day came out in 2010 which was a good year for games as we got such classics like Red Dead Redemption, Black Ops and Battlefield Bad Company 2. 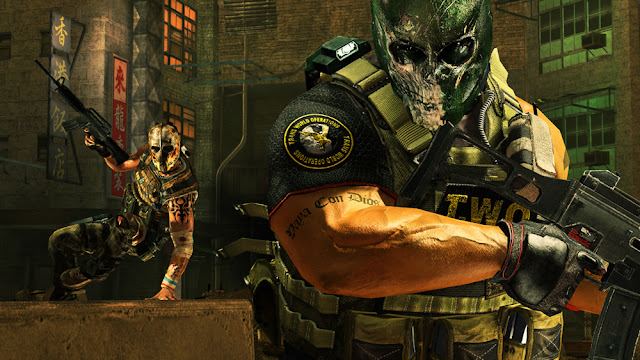 The protagonist of the series Rios and Salem find themselves in Shanghai where they are contracted to take down the leader of the 40th Day Initiative. They suit up ready for battle and it’s not long until mercenaries decide to level the city and it’s just the two of them (no pun intended) against a whole army. The story is a standard action story where they want to take down an evil mercenary corporation, but what I like in this narrative you’re presented with moral choice which can affect the story later which adds a bit of replay value. 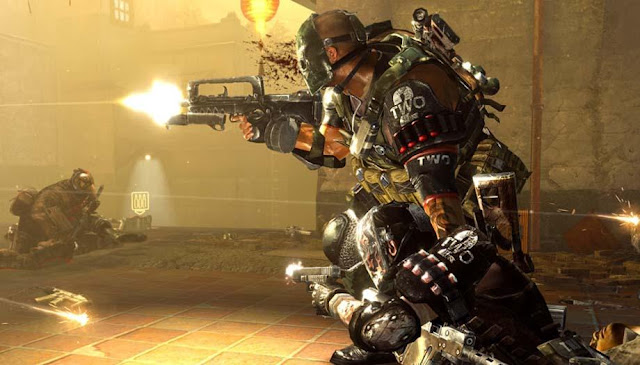 Gameplay is a third person shooter which every game was during 2010 due to the success of Gears of War not to say that it is a bad thing as this game has some unique features that separates it from other shooters. The game really emphasises co-op and to be honest it is much more enjoyable when you play it with a friend because unfortunately they took notes from Resident Evil 5’s A.I programming as your partner acts as if he has inhaled nerve gas. Playing with a friend is key to get the best experience and plus who doesn’t like playing co-op with a friend. 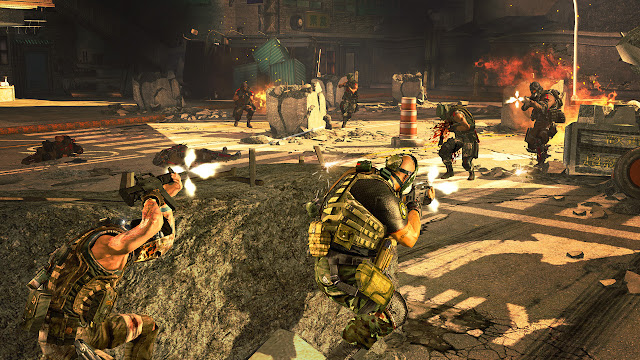 What I like about this game is that it lets you approach a combat scenario any way you want to as you can use different vantage points to get the drop on your enemies. One of my favourite things to do is to fake surrender to your enemies and then go into slow motion and gun them down in spectacular fashion. You’ll also have the opportunity to save civilians but honestly this is one of those useless morality systems that do not affect the story except for how much money you receive. 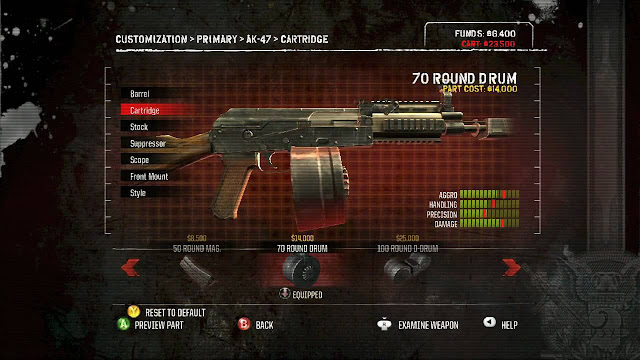 Let’s discuss the currency you earn and what that unlocks, the big selling point in all the advertisements was the fact you could customise your guns and create your own camos and upload them to the website which you can no longer do anymore which is a shame. Customisation plays a big part in this game as you can unlock a vast array of weapons from assault rifles to rocket propelled grenades. What you can also do with each weapon is add new attachments to make it handle better or do more damage, what I like about this is that you can add attachments form other weapons to give it a different look which is a nice touch. 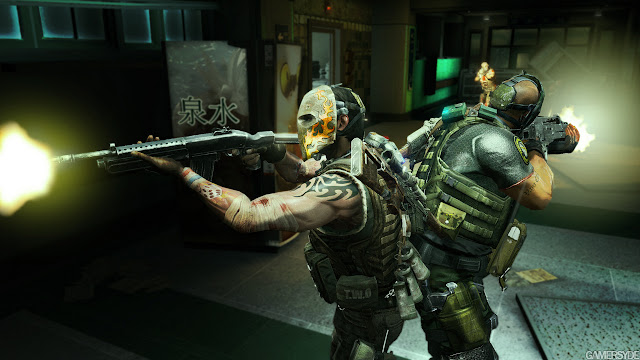 For a game that came out six years ago it looks pretty good in the graphical department the detail on the main character models of Rios and Salem look great with the details of their tattoos and arm muscles with veins popping out. Explosions look fantastic with great particle effects coupled with the bright muzzle flash every time you fire your weapon. However background characters and NPCs do look a bit bland and lacklustre but you’ll be too busy fighting to notice.

The problems I have with this game like I said earlier the A.I for your team when you’re playing solo is not great and just has a habit of not following orders. Another major issue I had with this game is that certain scripted events didn’t trigger on command so I had to start at the last checkpoint. For example I was in some sort of amusement park where I had to follow a train, and then there was one segment where I had to open a gate by pressing a button, I pressed the button and the door failed to open resulting in me reloading the last checkpoint.

Overall Army of Two The 40th Day is a fun co-op shooter with over the top action and garish yet fun customisation options for your weapons. Pick it up it is very cheap these days and grab a mate on Xbox Live/PSN or crack open a cold beer and play splitscreen.
Posted by Sam Coles | Bristolian Gamer at 15:43
Email ThisBlogThis!Share to TwitterShare to FacebookShare to Pinterest
Labels: Reviews