Assassin's Creed II Review - Fixes most of the issues from the original. 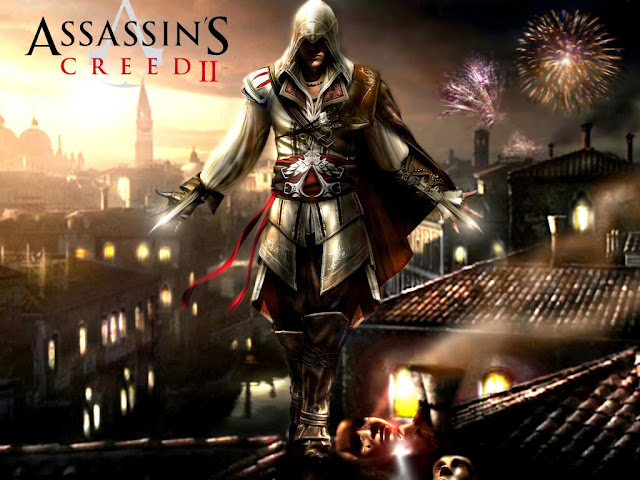 The Assassin’s Creed series has been around for 10 years now, it’s hard to believe as I remember when the first game came out and being blown away by the visuals, my 14 year old mind couldn’t contain myself. Although the first game had a few flaws it was a great game, with interesting mechanics and locales, two years later Ubisoft released Assassin’s Creed II and it is one of the best games released in 2009 and possibly of the 7th generation. 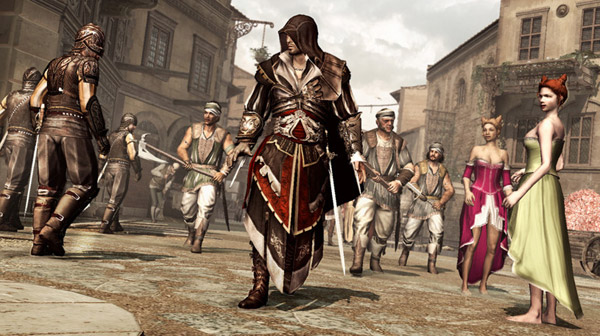 Assassin’s Creed II takes place in the 14th century in renaissance Italy were you take control of the charismatic Ezio Auditore, who is a trouble making young man who works for his father as a courier. One day he finds out his father has been falsely detained for treason, Ezio has a pardon letter to get him out of trouble, however corrupt officials that are Templars discard the letter and his family are executed in front of him. It’s a classic tale of revenge, but it is executed superbly as you see Ezio go from naïve teenager to a wise middle age man. 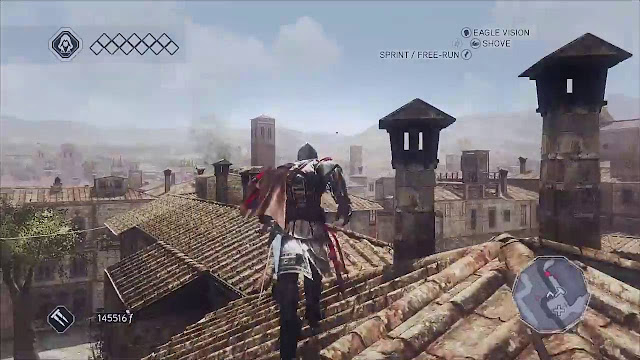 The gameplay takes what propped up the original with its free running mechanic and tweaks them, as it now feels less clunky with Ezio moving freely rather than moving at a snail’s pace.  The combat has been mostly left unchanged, although they have given you new skills in combat to help tackle the situation such as being able to disarm opponents, this can help a lot with the brute enemies. 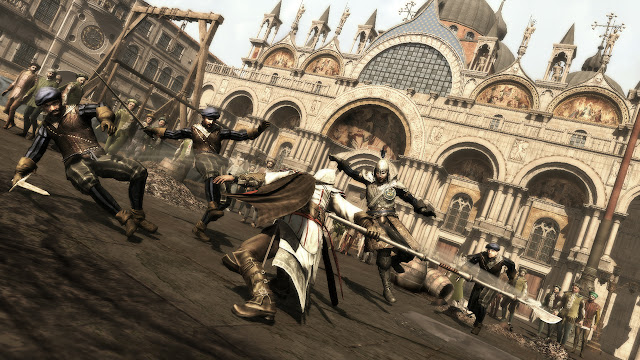 However the combat in Assassin’s Creed II is not terribly engaging as you find yourself standing there waiting for them to strike, where you then press the counter button and repeat. It kind of reminds of Ocarina of Time’s combat, I know that is an odd comparison but that game has the same issue where you’re mostly waiting in combat and it doesn’t require skill.

You have four massive sprawling open world maps across Italy, you have Florence, Venice, Tuscany and Forli. All of these cities have exquisite detail and still look good today considering the game came out in 2009 on the 360 and PS3. There is a lot to do, but most of the activities feel like padding and don’t really add anything to the overall experience, except for the extra faffing about quota.

You have a Tuscan villa that you must manage as it has a small economy, with shops and trade happening within them. You expand your villa by investing your money within them by opening new shops etc. the more you invest the more you get back, it’s a quick way to make money and this mechanic was expanded greatly in Brotherhood. 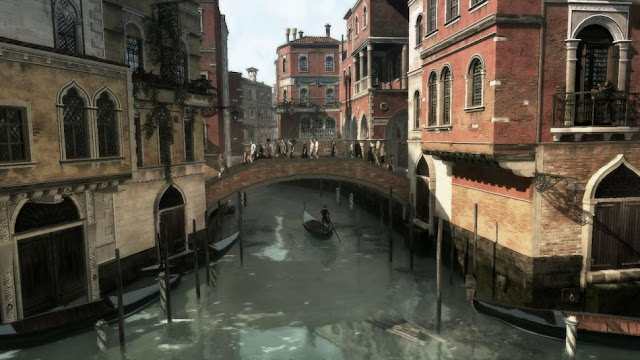 Visually the game still looks really good considering it came out 8 years ago; with excellent detail within each city they have recreated the renaissance cities of Italy beautifully. All the buildings look beautiful and I still think the environments look good today; However the character models do not share the same fate. Character models look very stilted and dated with blurry textures and unnatural animations with movement and lip syncing, but this was during the period when developers were still getting to grips with the Xbox 360 and PS3. The musical score is beautiful as well, with the haunting foreboding score as you run across the rooftops of Venice, to the welcoming tones of Florence as you explore the market all the tracks are thematically appropriate.

Assassin’s Creed II is a beautiful game that you should play today, it’s available on Xbox 360 and PS3, but you can also play it on Xbox One and PS4 via the Ezio Collection which also comes with Brotherhood and Revelations.
Posted by Sam Coles | Bristolian Gamer at 17:17
Email ThisBlogThis!Share to TwitterShare to FacebookShare to Pinterest
Labels: Reviews