Uncharted 3: Drakes Deception Review - A lukewarm reception, but why? 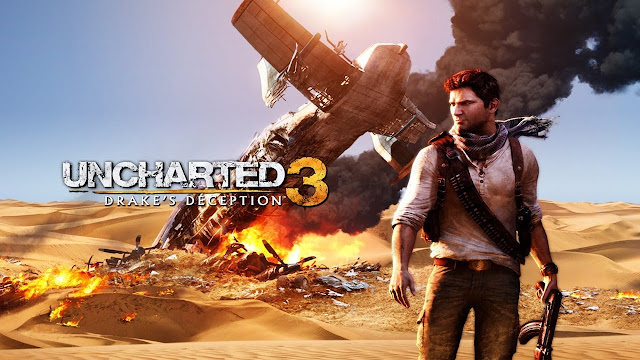 Uncharted started with humble beginnings with the original game, as it was tad clunky in the platforming department and with the somewhat questionable hit detection with the combat. Uncharted 2 fixed everything that was wrong with the first game coupled with the fantastic, bombastic and swash buckling story you embarked on with the charismatic Nathan Drake. However when I speak to fans of the series there seems to be a lot of contention about Uncharted 3 Drakes Deception and I honestly don’t understand why. Maybe I’m a bit bias as it was the first Uncharted game I played as it was one of the first PS3 games I got when I bought the system. Maybe it’s the virgin effect with games where you love the first game you play more than any other in the series no matter the flaws. Is it bad? No absolutely not. 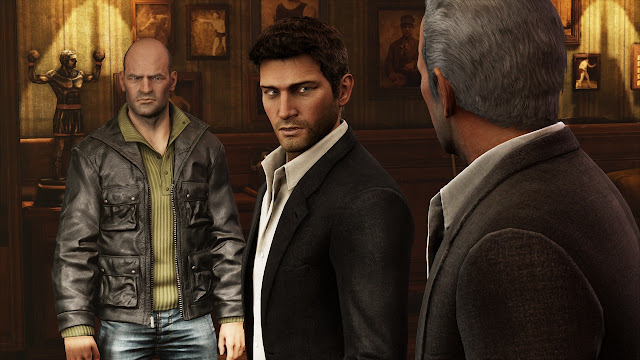 Uncharted 3 starts off in the city of London where we see our heroes Nathan Drake and Victor Sullivan on their way to a deal to sell Sir Francis Drake’s ring. The deal starts off smoothly where they are about to exchange the ring, however Nathan examines the bank notes and finds out that they are counterfeit. A disagreement happens and they find themselves in a bar fight until they are mortally wounded by gunfire. 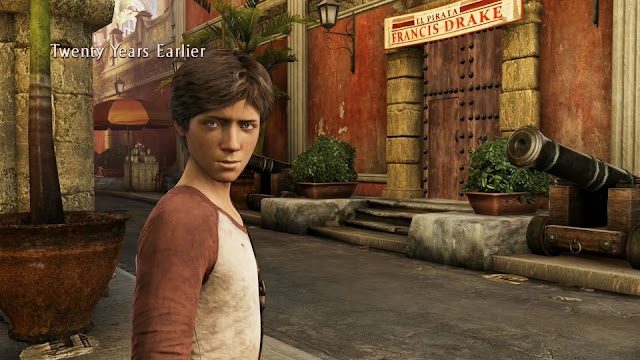 We then see a flashback when Nathan was a young orphan boy in Latin America, this is where we find out how Sully and Drake first meet and it’s because they both share a similar talent of thievery. The story is excellent with as it takes elements of Lawrence of Arabia as it is highly influenced from his writing, coupled with the Middle Eastern and Arabian score which make the hairs on the back of my neck stand up when it starts to play. 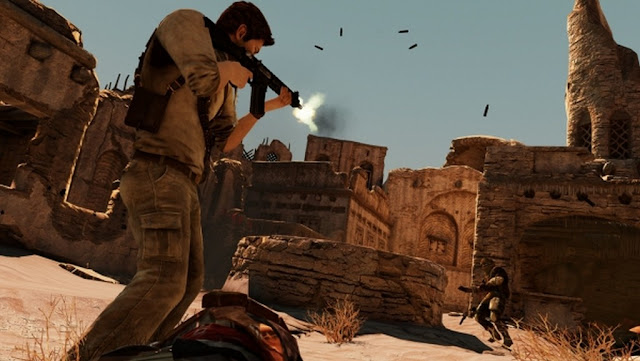 Gameplay is more or less unchanged from the previous game with a few minor tweaks, such as being able to throw grenades back which can turn the tables in gunfights and is super satisfying when you take down a huge group of enemies. Climbing has been given a slight adjustment but I still have trouble with what he will grab or not grab onto resulting in me falling to my death. Shooting is the best in the series with tight and responsive controls, coupled with great recoil patterns from assault rifles and pistols, it doesn’t feel stiff like the other games. 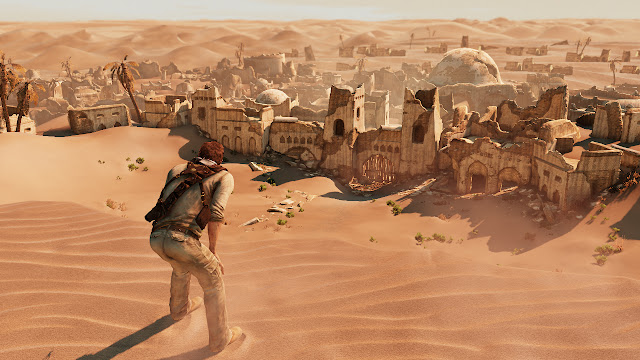 The presentation is fantastic considering the game came out six years ago, this was the same year that Skyrim came out which hasn’t aged well compared to Uncharted 3 in the visual department. The environments look absolutely stunning from the rain soak cobbles of London town to the dry desolate deserts of Arabia; these areas have an astounding amount of detail put into them considering they released this game two years later after the second game.

The only real issue I have with this game is that the cover mechanics are a bit fiddly, Drake has a habit of sliding into the wrong cover, but this is the nature of third person games and you have to be eerily precise where you’re aiming.

Uncharted 3 Drakes Deception is a fantastic game, I don’t understand why this game gets the negative attention it gets. Yes it does re-use things from Uncharted 2, but that’s not a bad thing as it puts a new twist on those situations. If you have a PS3 knocking about buy it or if you have a PS4 get the Nathan Drake Collection which comes with all three games that are on the PS3.
Posted by Sam Coles | Bristolian Gamer at 11:58
Email ThisBlogThis!Share to TwitterShare to FacebookShare to Pinterest
Labels: Reviews