Agony Review - It's agony to play (Warning: Nudity and gore) 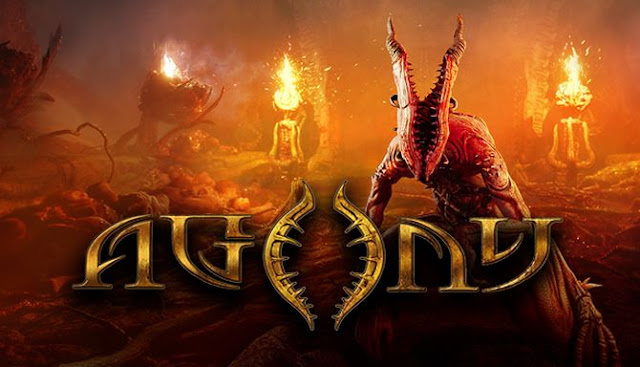 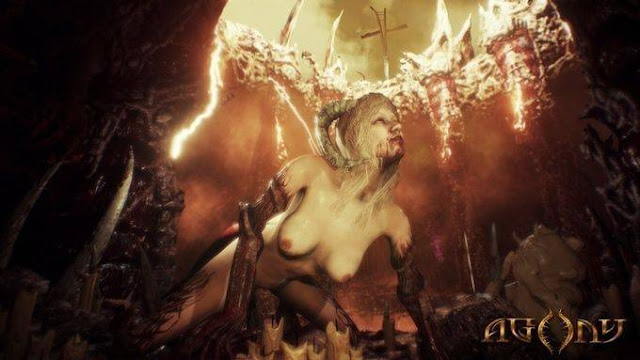 In Agony you play as a tortured soul that has been sent to the blood soaked depths of Hell, you find yourself at the gates of Hell and you must explore and find the Red Goddess to help you with your salvation. I like the concept of the game, as the only game I can really think that has the Hell setting is Doom and there you’re not really vulnerable as you can tear demons in half with your bare hands.  The concept is a good idea, it’s just a shame it stumbles and then falls down a mountain when it comes to gameplay, visuals and performance. 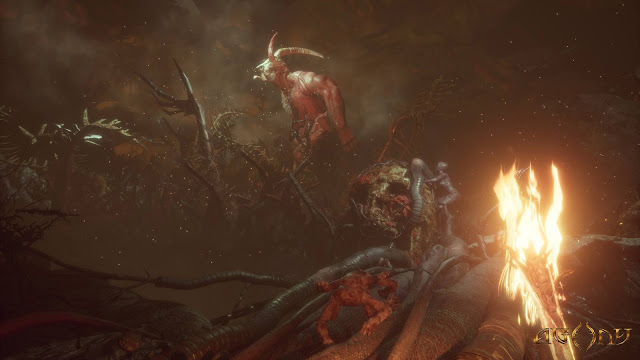 Gameplay is a first person horror stealth game in a similar vein as Alien Isolation, but unlike Alien Isolation it is not clear about how the stealth works, is it sound or is line of sight. I say this because I could walk crouched and the demons still hear me, where then proceed to mount me and then eviscerate me, oh and by the way you die in one hit. Once you die you enter an outer body state, when you are in this state you can inhabit other torture souls to revive yourself, but you can only take control of souls that don’t have bags over their heads as you have to take them off their head which the game never explains that. Your default moving speed is painfully slow, you move at the rate of depleted uranium and you only have a limited amount of stamina for sprinting, which turns this into a painfully slow slog. 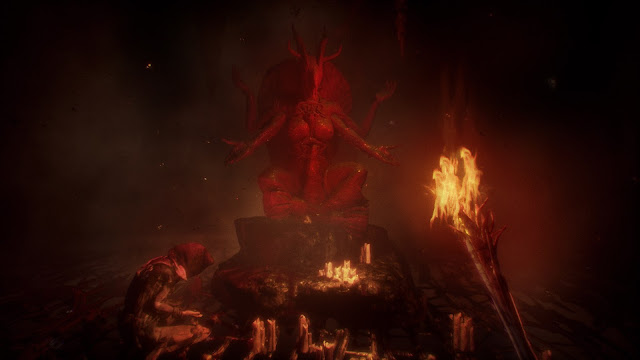 It’s not only a stealth game, there are some light “puzzle” elements and I say puzzles but honestly they are simplistic where you collect skulls or hearts and put them on alters or drawing sigils on walls. In the latter half of the game, puzzles devolve to drawing symbols on walls, how are you supposed to know what shape to draw? With vague clues and where bodies maybe gesturing the shapes, it’s not fun to find these clues as the environments just blur together. 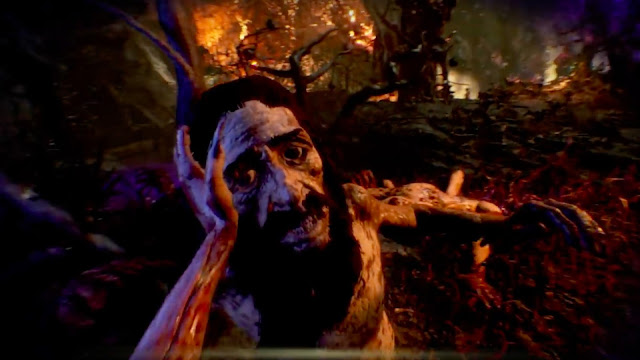 Let’s get into the presentation and performance, this is where the game goes downhill it’s not that it’s all bad but it is inconsistent. The game runs on the Unreal Engine 4, but honestly it looks like an early Unreal Engine 3 game, with some questionable looking character models where it looks like some hit the randomise button in a character creator, and don’t give me the excuse it’s hell they are supposed to look disfigured because they look laughable and not scary. Lighting is also a big issue, now I understand they want to build a dark and brooding atmosphere but it is just ridiculous in this game as I could barely see anything in some areas, where I was guessing where I was going. Performance wise this game runs terribly, it runs at an uncapped frame rate and it darts all over the place mostly dipping to the mid-twenties, coupled with horrendous screen tearing.

Another aspect that completely broke my immersion is that the game has audio issues; character’s dialogue will cut out half way through speaking for them to start their exposition again, or they will finish their lines for them then to repeat themselves. This happened so often that I wanted to slice my ears off with a paper guillotine because the voice acting isn’t that good to begin with.

Overall Agony is one of the most awful experiences I have had in 2018, with technical issues and gameplay that is tedious and frustrating. It is going take more than monsters with vaginas for heads to keep me playing this radioactive mess.