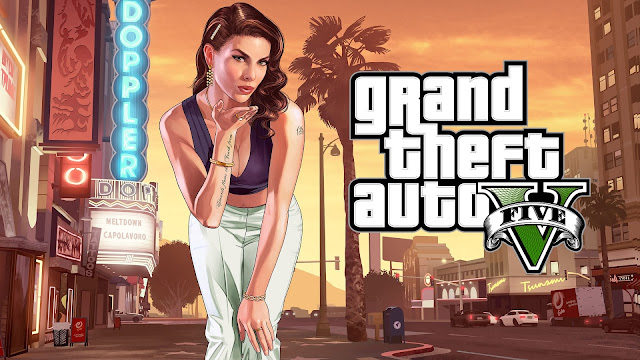 It’s hard to believe that Grand Theft Auto V came out 5 years ago; I remember the anticipation of the game back in 2013 with the lead up to its release as we have been waiting for the game for a long time. It was first announced all the way back in 2011 with a short teaser trailer and to say people were excited would be an understatement; it became one of the most view videos on Youtube in 2011.  When the game finally released on the 360 and PS3 in 2013 at the tail end of the generation of those consoles, I was astonished how this game was possible on aging hardware, as those systems where puffing out dust by that point. What made the game special? Why are gamers still playing and talking about it to this day where it is still in the top 10 gaming charts in the UK. 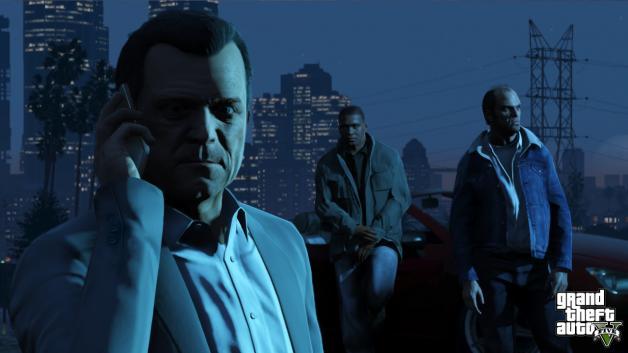 I think the first thing that really captivated people when this game came out were the three characters you play as, yes Rockstar Games were bold by having three protagonist which you could switch on the fly at any point of the game (unless the story dictates). The events that transpire for this three characters to meet are fantastic, you start off as Franklin a thug living in the rough area of Los Santos, Michael a retired bank robber who lives in luxury and Trevor an amoral psychotic who represents every player’s mind set when playing GTA by shooting and hitting any person he sees. 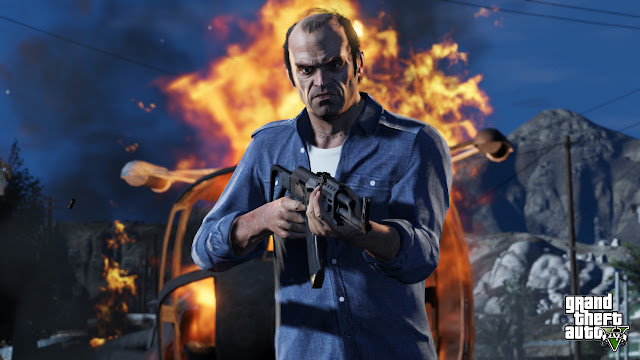 The characters are well written (for the most part), but the standout is the performance from Steven Ogg where he plays the unhinged madman with a funny yet disturbing performance. You never know in some scenes if Trevor is going to laugh with fellow characters or if he is going to get angry and blow that character’s head off with a 12 gauge, it is really convincing with each line he delivers. 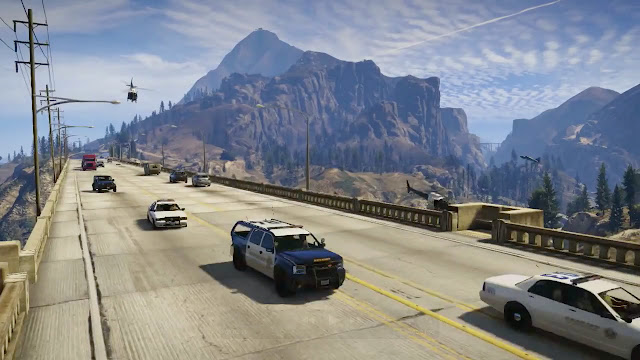 The world of Los Santos is one of the most beautiful open worlds within the genre, and considering the hardware it initially released on it is amazing the crippling amount of detail there is. They have recreated a condense version of Los Angeles with all the famous landmarks there, from the Hollywood sign or Vinewood as it is called in this game, to the Chinese Theatre. Not only that they included rural areas for players to explore with the meth fuelled deserts, dense forests and of course mount Chiliad where you can hurl yourself off with a motorcycle and parachute. 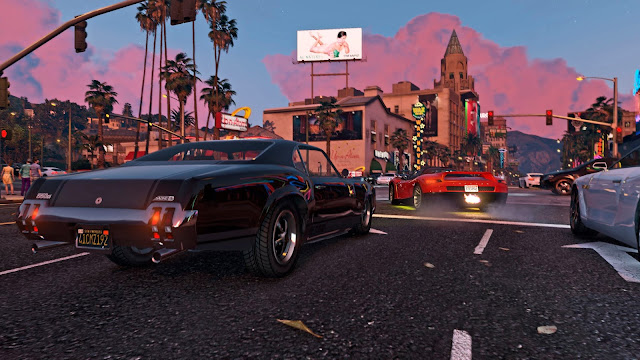 It never gets old driving to the top of the hill where the Vinewood sign is and witness the sunset, as the orange glow of the sun slow fades away into darkness and the street and neon lights of Los Santos light up as the nightlife begins to thrive. I can’t praise Rockstar enough of how beautiful GTA V’s world is, it is something they have shown time and time again with their games and as I said about Red Dead with my last editorial the worlds are organic and don’t feel like a video game. 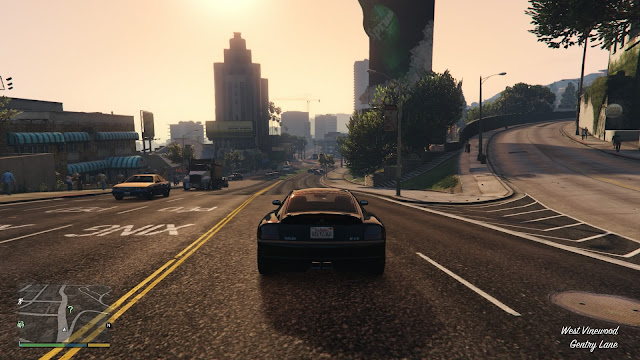 After the somewhat anaemic offering of content with Grand Theft Auto IV, V took what they had with San Andreas and put a modern twist on it. You could once again customise cars with huge selection of aesthetic choices, from different bonnets (hoods for US readers), bullet proof glass, and armour to protect you from gunfire the list goes on. You can customise each character to a certain extent with clothing and tattoos, plus there are minor stat upgrades but they don’t make a massive difference minus the fact you can carry more ammo when you improve your shooting.

Let’s address the elephant in the room that is GTA Online, this was the other aspect that was heavily marketed which had to be delayed 2 weeks after the initial release. When it did finally drop it was a complete and utter mess as many players try to log in at once, which led to servers crashing and players losing their characters. I have a feeling that this mode was too ambitious for the Xbox 360 and PS3 due to the aging hardware, the promised heists where not implemented until we were two years into the life cycle of the PS4 and Xbox One. GTA Online was and still is an unbalanced mess, yes it is fun to cause chaos with your friends but it is a frustrating mess based purely on how much real money other players can spend.

Grand Theft Auto V is a landmark achievement within the video game industry, it is astounding that people are still playing and talking about it today 5 years later for better or worse. This is a game that we will still be talked about 20 years from now.