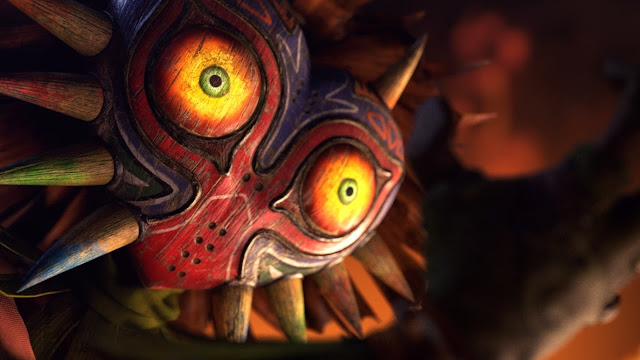 There are certain games that take a more unconventional approach to their sequels, I say this because Majora’s Mask is one of those games that stands out in the Zelda series as it only had an 18 month development and doesn’t really feature the titular character. Its dark atmosphere is something that is brought up in gaming discussion 18 years after its release, spawning theories about the subject matter in the game. I want to talk about the game’s atmosphere and Termina’s impending doom! 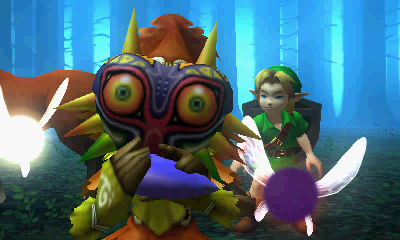 Majora’s Mask is an unusual start to a Zelda game because it’s a direct sequel to Ocarina of Time, Nintendo don’t often have direct sequels to Zelda games but this is one of the few exceptions. Link is walking through what we presume to be the Kokiri forest in search of Navi (we think); he is then accosted by Skull Kid who is wearing the titular mask. This is where the downward spiral of doom begins, as Link is turned into a Deku Scrub which makes him useless as he is not allowed to leave Clock Town and people are prejudice towards him. He encounters the Happy Mask Salesman who promises Link to return him to his Hylian form; however he will do it in exchange for Majora’s Mask, there is also a catch you have only 72 hours to do said task. 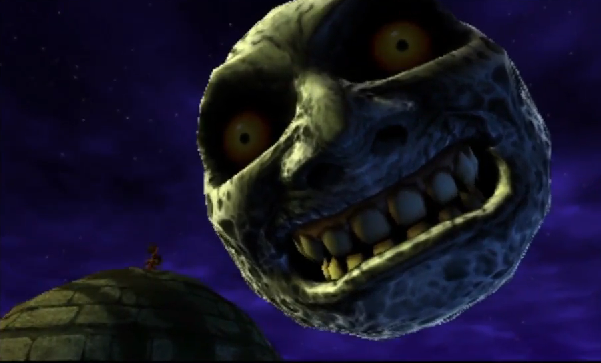 It’s not long to realise that there is an overarching threat to the land of Termina, all you have to do is look up and you see the intense grimace of the moon looming over as it slowly descends towards the sleepy carnival town. What I like about Clock Town is that its inhabitants to begin with are none the wiser to the moon, however as the days progress they become more paranoid to where then realise they are about to die on the third day. It’s the juxtaposition that makes this game work where the people of Termina start off in denial, worried and finally the realisation of their fate, it makes you want to rush to finish the task to save these people.

The point of contention of this game is that there are only four dungeons, which if you look at it with a close mind set it can be perceived as a short game. However that is not the focus as it is all about the citizens of Termina, the side quests are the meat and bones of this game where you help people out with their last wishes or get them out of horrific situations. The most terrifying was the quest when you find a girl’s father as a Gibdo, the deformed face as he contorts is horrific. 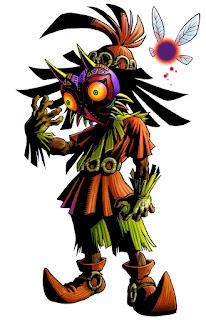 The villain of Majora’s Mask Skull Kid doesn’t really have an overall goal such as taking over the world like Ganondorf, all he wants to see is the world to burn as he wants to smash the moon into Clock Town. There is no motivation all he wants is chaos, and I must at admit this is a good villain with no obscure reasoning behind his plan as he just wants to destroy the world. Skull kid or should I say Majora controlling him is unnatural, as he stands there twisting his head as you hear his body creak as he walks it’s almost like something out of The Ring or The Grudge as he stares at you contemplating his next move. 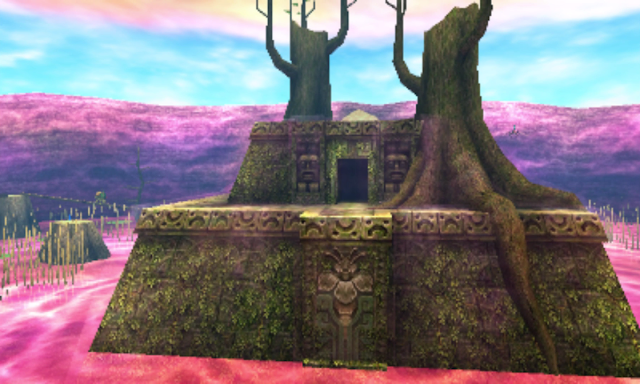 Compared to Ocarina of Time Majora’s Mask is more colourful with its environments; however that doesn’t mean it is a happy game I like to interpret this as a false sense of security. The game presents the player with these colourful environments, where it then presents you with the first dungeon with its ominous tribal music which use to frighten me as a child.

That’s what catapulted Majora’s Mask’s atmosphere was the soundtrack, you have jaunty tracks such as Clock Town and the classic Zelda theme for Termina field. However it’s when you enter the four regions of Swamp, Mountains, Ocean and Canyon is where it journeys into creepy and hopelessness. They all share the same track, but what makes them unique is that they are thematically appropriate for each area from the haze and subdued beach music with steel drums to the winter inspired jingles of the desolate tundra of the mountains.  However what all of these areas with the track share is the utter hopelessness of the situation, with the swamps waters poisoned, the Goron’s land frozen coupled with starvation and of course the dead that are restless in the canyons.

Majora’s Mask is an unusual instalment in the Zelda series with its deep and dark atmosphere as you can feel the oppressive nature weigh on you. It is certainly a unique game in the series, and is a must try for any Zelda fan or someone looking for a good story with a dark tone. If you are going to try this game get the 3DS version as the N64 edition has not aged that well, and prepare to journey through the depressing land of Termina.