Half-Life Review - "They're waiting for you Gordon..... in the test chamber". 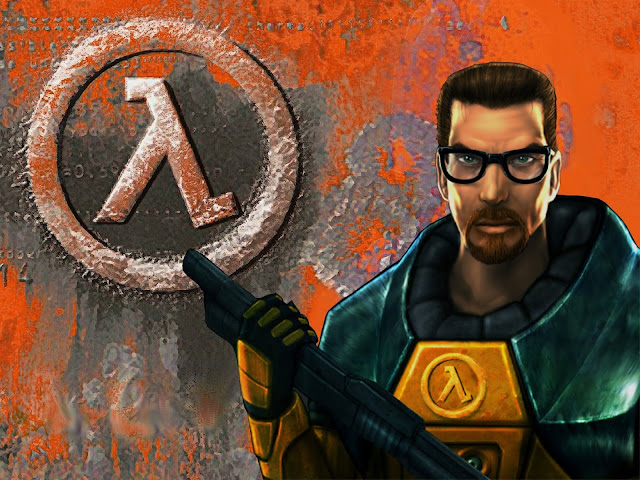 To say a game had an impact on the industry as a whole may come across as hyperbolic, but Half-Life did have a huge impact on first person narratives where first person shooters tried to replicate its first person storytelling. This game was one of the first introductions to the FPS genre, as I remember my oldest brother bought it around the year 2000 when he was still at secondary school. I remember playing it a lot and yes I know was a bit too young but you know what it’s like being the youngest of four. The game creeped me out as a child with the weird and slender zombie creatures. These days I find them rather comedic because there are not much of a threat, but this game got me into shooters and they are one of my favourite set of games to play. 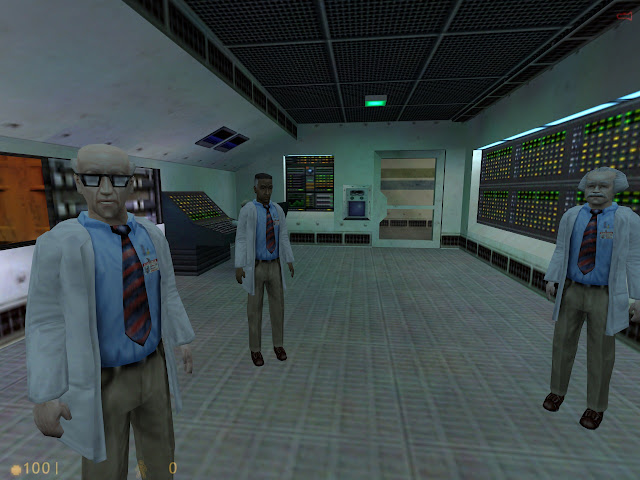 The story takes place in a fictional research centre in New Mexico called Black Mesa; you play as 27 year old MIT graduate Gordon Freeman. It is his first day at work and he is running late, they are testing a new material in the test chamber however things go wrong and they accidentally open a portal to another world and aliens pour through. What I like about Half-Life’s story is that it is up to you how much you want to take in; you can choose your own immersion. If you want to get the basic gist and start splitting zombies in two with buckshot then carry on, or you can examine the environment and find that there is far more going on that meets the eye. This type of storytelling is great and the only game I can think of that replicated it is Dark Souls. What is also astounding is that Gordon is completely silent, he lets his crowbar do all the talking, and you never see him with the exception of loading screens and box art. 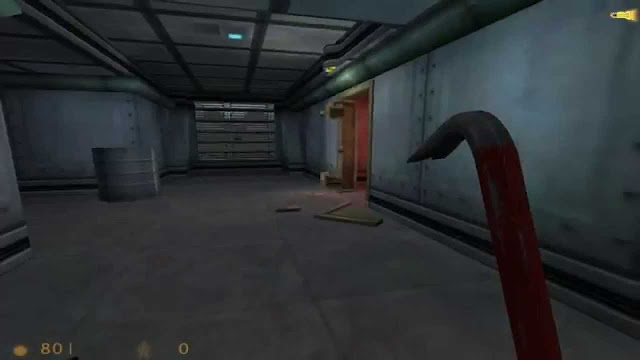 Gameplay at the time was a departure from other shooters, as most games within the genre followed the formula of Doom where you have to collect colour coded keys and guns floated in the air. Half-Life had a more free flowing structure, as you continue on one continuous path as appose to the level by level and episodic structure.  It’s presented in a more realistic manner, well as realistic it can be as it is filled with mutant zombies, but what I mean is that guns are no longer floating in the air and they are place in believable places the world feels more believable. 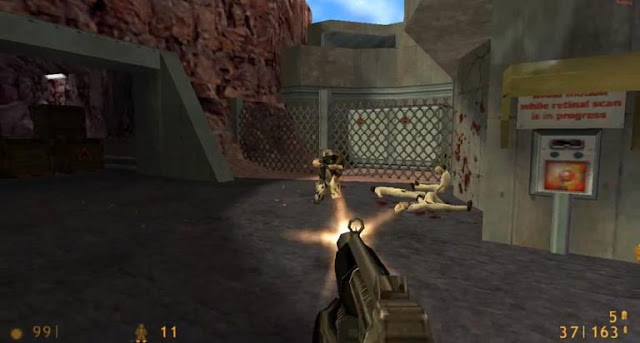 Now to the actual firefights you’ll engage in and these are varied and never get tiresome, you start off in a survival horror setting where you are fighting off head crabs with nothing more than a crowbar. Later on you are granted access to a pistol where you fight off zombies, Vortigaunt, Houndeyes and Ball Squids. Then when your arsenal as equal as the Terminator’s, you face the more organised alien forces and the military to wipe out the problem with both aliens and scientists. 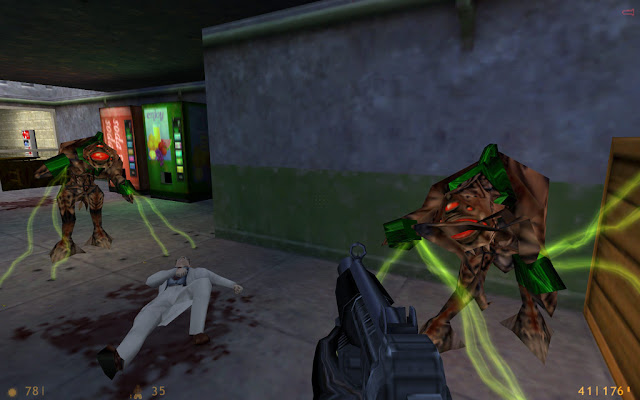 What I like about the enemy encounters is that you have think outside the box and take note of enemy attacks, as all of them have different patterns and weaknesses. The Vortigaunts are purely based on line of sight with their attacks, so if you are in front of them that is the only time that their attacks have an effect on you. The human soldiers are more organised and will communicate with each other as they assess the situation, not that they are particularly clever as they are nowhere near as organised as the Replicas in Fear, but there are still formidable.

Visually for 1998 the game doesn’t look bad; it runs on the golden source engine which is a modified Quake II engine. Character models for the time look fine and have decent detail, yes it is rather laughable for me to say that now but put yourself back in late 90’s and you can understand. The atmosphere in general when it comes to visuals is spectacular, as it is not just relentless action as there is a lot of downtime in this game where the horror aspect really kicks into gear with distant industrial hums.

Are there any issues with Half-Life? Yes there are, for starters this is most definitely a shooter from the 90’s, so you know what that means? First person platforming where you don’t know where your feet are, because you are a floating camera with a gun. The other issue is that your allies have a habit of getting in the way, the amount of times I’ve unintentionally gunned down a scientist because he thought he was made of Kevlar was ridiculous.

Over Half-Life is still a fun game to play 20 years later, yes it has aged visually but the gameplay is still really tight. There is a reason why people still discuss today, with its great gameplay and storytelling that lets the play choose what he or she wants to take in.