Grip Review - Which way is the right way up? 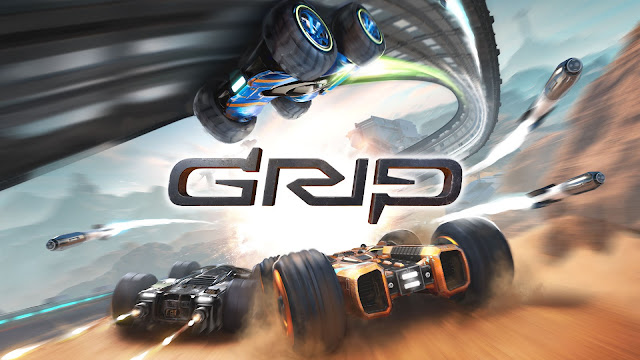 The 90’s were a strange time for gaming, more in a good way as game developers were more experimental with established genre tropes. This was the case with a racing game called Rollcage that released on the original PlayStation back in the late 90’s, as it was a racing game with an interesting gimmick. If you grew up in the 90’s you will perhaps remember those remote control cars which drive no matter which way up it is, Rollcage was a racing game with those in it which made for a fun and unique racer. Grip tries to recapture that in modern gaming, where it mostly succeeds. 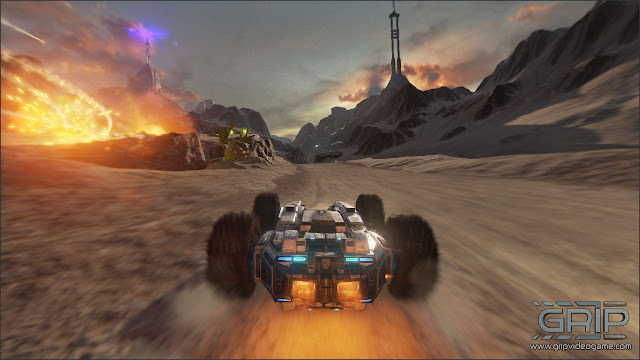 Grip does not concern itself with a story as it is a racing game, it lets the gameplay do the talking and I must say racing games have been rather exciting in 2018. This is not realistic, I mean how realistic can you make a game that takes a remote control car that drive not matter which way up it is that also shoots rockets. The emphasis of this game is verticality, you don’t have to drive in a straight line, well you can if you are boring. What’s great about this emphasis on verticality is that you can find different ways around the track, with interesting shortcuts and plus it looks amazing spinning in the air as you break the sound barrier. 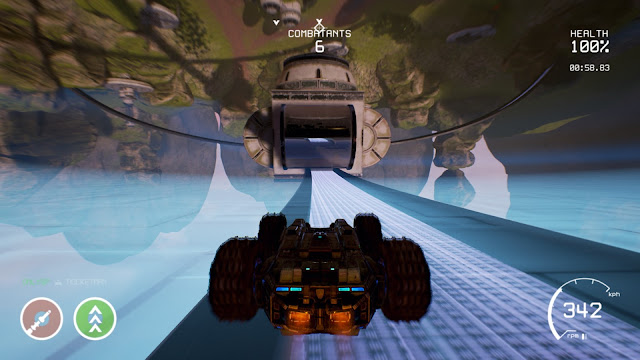 I found throughout my experience races never really fell in my favour completely, because usually in racing games once you are in first you generally just speed off into the sunset. However in Grip the races are very unpredictable due to the verticality and the emphasis of keeping momentum, because if you don’t keep your top speed up you will lose as the A.I opponents don’t mess around. If you do find yourself behind in a race you have access to items which are either offensive of a way of speeding up. You have two slots where you can stock one more item; these can range from speed boosts, machine guns or missiles to turn enemies into a pile of shrapnel on the asphalt. 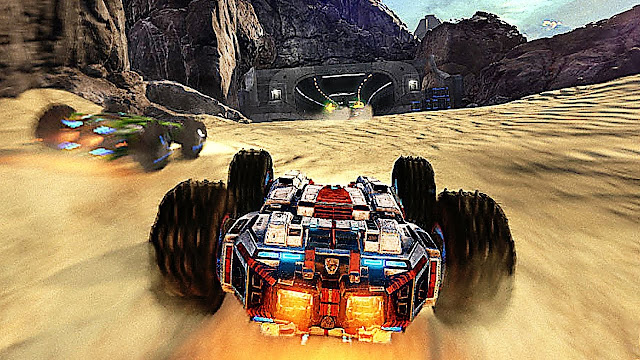 Visually the game looks okay, not bad by all means but okay it’s not the best looking game and that is odd considering it runs on the Unreal Engine 4. However I can see why this game looks okay as it shoots for performance over looks which is something I will take, as this game is blisteringly fast as you hit speeds of 500 km an hour which requires ones utmost attention because if you fumble you will be tumbling off a cliff. Honestly the track design is what stands out rather than the visuals themselves, but let me stress it is not a terrible looking game but it’s just okay.

Grip is a game that evokes the 90’s where developers were daring with current genres; it is fast, frantic and will keep you on your toes. I highly recommend picking up this game if you are a fan of Rolecage that was released on the PS1 and you want a modern interpretation as it is really fun. The game is out now on PC, Xbox One, PS4 and Switch.