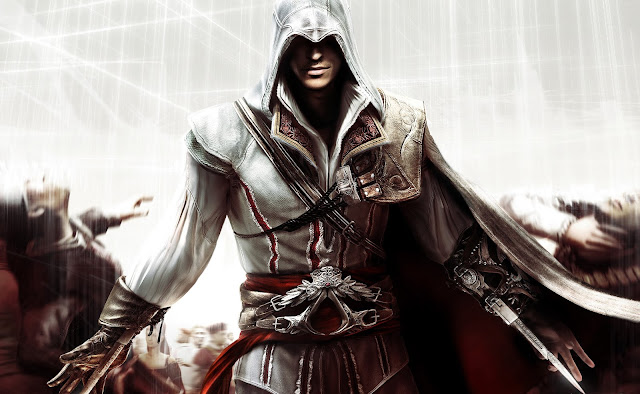 I often look back at games released on the Xbox 360 and PS3 and think wow it was released that long ago, it’s hard to believe that games from that generation are 10 plus years old. When Assassin’s Creed II was first announced I was in secondary school at the time, this was when I wasn’t following the games industry at the time and I would know about new releases when I would walk into my local Blockbuster. It is considered to be the best game in the Assassin’s Creed series, while I don’t agree with that statement I can see its legacy 10 years later as it improved on every aspect from the first game. Not only that it was the setting and protagonist that captivated gamers all the way back in 2009, I want to reflect on the game and why it is special. 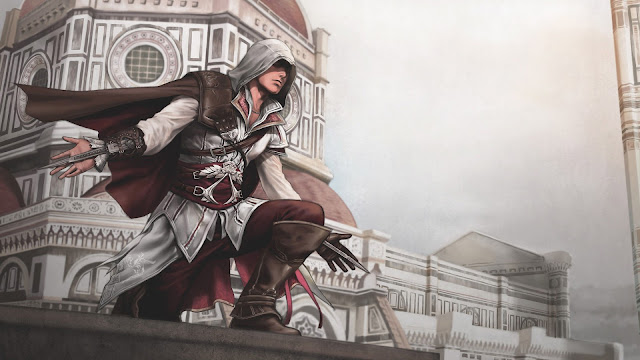 What immediately stands out in Assassin’s Creed II is the setting and protagonist, for one we are no longer in a war torn Jerusalem instead we are in a thriving society in 15th century Italy. We step into the shoes of Ezio Auditore who is a cocky and charming ladies’ man, and what is great about him is that he tends to take things less seriously than Altair don’t get me wrong he does take things serious in the right scenarios but he tends to be more funny. He immediately stands out as soon as you enter the animus because he doing what he does best, taunting someone as he smirks about copulating with someone’s sister. 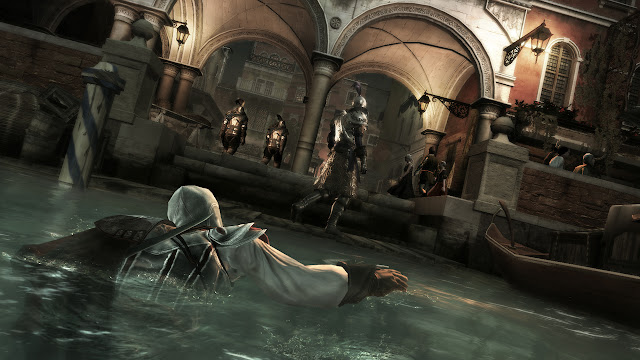 I think what else that has stuck with me over the years in this game are the locations and cities, the problem in the original Assassin’s Creed the cities and locales tend to blur together. Now this was due to technical limitations at the time, but everything felt drab, however Assassins’ Creed II’s cities are beautiful, colourful and vibrant from the water filled streets of Venice to the bustling markets of Florence. Each city has their unique look to them, not only that the dynamic day night cycles can dramatically change the look of the location. My favourite is Venice at night during a festival where you see the locals celebrating, where you see the masses being entertained with fire shows. It’s the subtle details that makes Assassin’s Creed II’s world feel more alive compared to the first game, which felt rather static and artificial.

The music is something that is still in my mind a decade later, composed by Jesper Kyd he was a bit of a household name with video game musical scores as he composed anything from Hitman to the original Borderlands at that point. His scores tend to be subtle and not over the top, but they can have emotional weight to them such as my favourite track Ezio’s Family, which makes me tear up do to its association of the fate of his family. Plus his tracks have tense and unnerving atmosphere and somewhat eerie, especially the tracks that play when you are exploring Venice. It’s easily one of the best soundtracks in video games and I urge you to go and listen to it. 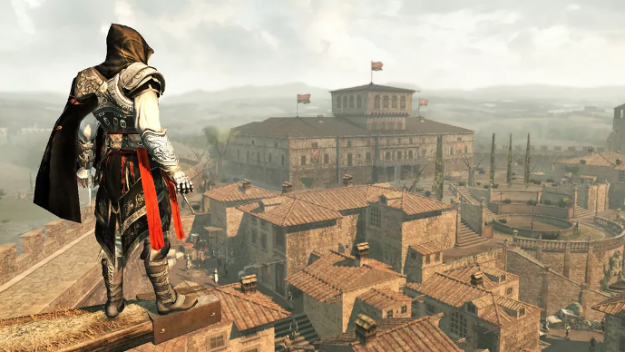 The gameplay was given a well-deserved shake up from the first game; the problem with the original game was that the objectives were the same where you would eavesdrop, follow, pickpocket and then assassinate your target. Now that sounds fine on paper, however they play out in the exact same manner, Assassin’s Creed II ditches that formula and goes for a more organic design where do those things but you have different ways of perusing said endeavour. 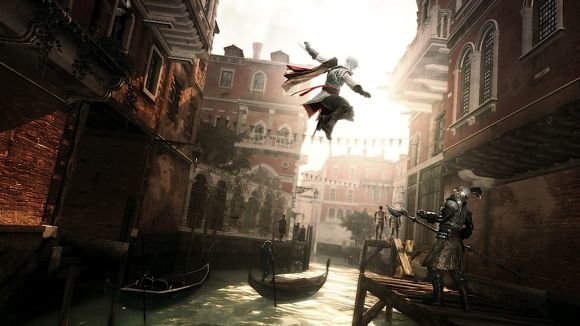 Combat was more or less the same in this game as you could stand there and counter kill about 20 people in one sitting, but the variety of weapons was significantly increased. Yes you still had hidden blades but this time as a pair, which made for some fun duel assassinations plus you could use them as a stand weapon in a fight. Not only that the hand to hand combat was greatly improved, where you could feel the weight of each punch of a combo, but you could also disarm enemies and stick it where the sun don’t shine. 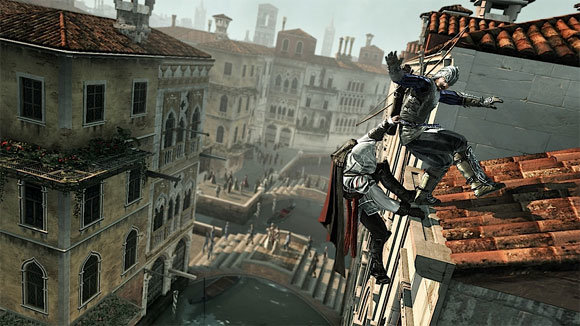 Climbing was improved too it felt fluid and natural, in the first game the climbing was stiff, clunky and unintuitive where it was unclear what could or could not grab on to. However in Assassin’s Creed II you had more abilities to scale a building such as a nifty high jump to grab higher ledges, and movement that was faster. It was a great improvement and it kept on improving as the series progressed.

Assassin’s Creed II back in 2009 felt like an apology to gamers; don’t get me wrong the original game is not inherently bad it was just a flawed product. Assassin’s Creed II addresses most of the problems and is truly a wonderful experience that everyone should play.