Editorial | Geralt of Riva: A monster hunter with a soul. (some spoilers for The Witcher 3) 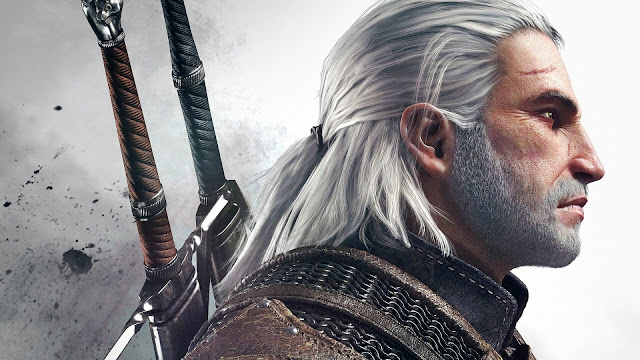 The Witcher series is something that I have a deep love for since I first played The Witcher 2 back in 2012, I have all the books that have been translated into English and I have put substantial play time in the games. What keeps me coming back is the main protagonist Geralt of Riva; he is a complex character where he constantly conflicts with his professional work and personal feelings. I want to talk about The White Wolf for a few paragraphs, where I go into the complexity of his personality.

When I first experienced The White Wolf it was 2012 when I played The Witcher 2 and read The Last Wish, and I must say the character is very different from the game to the book. For one in The Witcher 2 Geralt comes across as confused and monotone, this is an intentional decision due to his amnesia with the narrative as he recovers his memories. In the games he is more sincere where he has more sympathy for people; where as in the first few pages in The Last Wish he slices someone’s throat open because they call him a freak. It’s this juxtaposition that had me scratching my head; because they seem like different characters although that was my initial thought until I played The Witcher 3 and read Sword of Destiny. 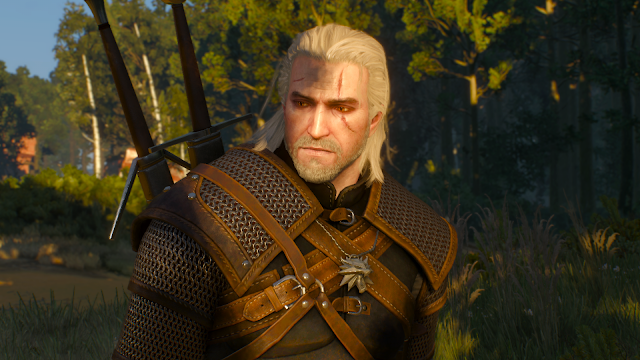 When I first booted up The Witcher 3 I was presented with a different Geralt of Riva, he was a distort father and lover, where he is looking for his daughter Ciri and his true love (in my playthrough) Yennefer of Vengerberg. When on his journey looking for Yennefer Geralt is tortured as he loves her so much, he has a dream turned nightmare where he is back at Kaer Morhen where he is bathing while his love is in the corner applying makeup. It’s a peaceful start but he has to go and take care of Ciri as she is training on her own, but Geralt with a sly grin doesn’t want to leave Yennefer due to his deep love. The dream doesn’t end well as The Wild Hunt show up, where Ciri is then killed but fortunately it was just a nightmare.

It’s here where Geralt’s character from the books (in Sword of Destiny) and games meet on equal ground, because in The Witcher 3 he tends to be more sincere and sympathetic, well if you choose to play like that which I did. The only time he is violent towards other humans in this game is when he has to defend himself, this mostly stems from the people’s outlook on Witchers as they see them as freaks and unnatural. 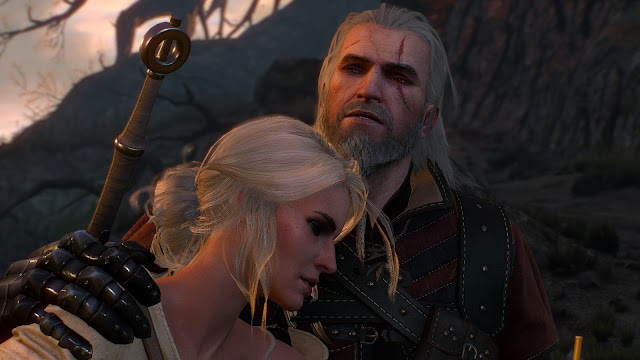 I found that I really cared about Geralt more in The Witcher 3, it’s due to the fact the he is for a lack of better words human. The humanisation of his character in this game is beautiful, because he really cares about his daughter Ciri. There was one moment that really got to me in The Witcher 3 where he finally finds Ciri, but it doesn’t look good as her mortality is slipping away from her, we see Geralt shedding tears which is something I didn’t expect from the monster slayer. This really got to me, as it was the first time in the series that showed that Witchers aren’t always these heartless killing machines they can love given the right situation. It’s with Geralt’s love for his daughter that fills her with life, with a touching flashback when she is a child where they run towards each other and hug; it’s a moment that really sticks in my mind for The White Wolf’s characterisation. 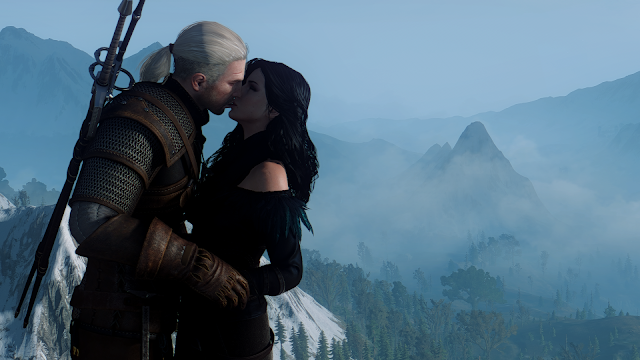 Not only that his love for Yennefer shows that he can smile and have passion, yes they both but heads often but that is why the dynamic of their relationship works because they are both stubborn when it comes to certain subjects. When conflicts are put aside between the two, they show nothing but undying love for each other, it’s this sort of chalk and cheese relationship because Geralt tends to take a more forward approach were as Yennefer is more methodical and intellectually charged to a situation. However when they are in a romantic scenario, all disagreements disappear, this is where we see Geralt act like a teenager who has found his first love as he loses all feeling in his legs.

Geralt of Riva is a man of many layers, yes first and foremost he is a professional but his personal feelings conflict with him as a father figure and lover. He constantly says he has no emotions because of the mutations, which to quote Regis in the Blood and Wine expansion “Is that what you say when you are upset”.  He always puts those who he loves first, and in The Witcher 3 we see this sensitive side of the character which we didn’t really see in the first two games. He is easily one of my favourite characters in all of fiction, and you should experience his trials and tribulations in both the books and games.