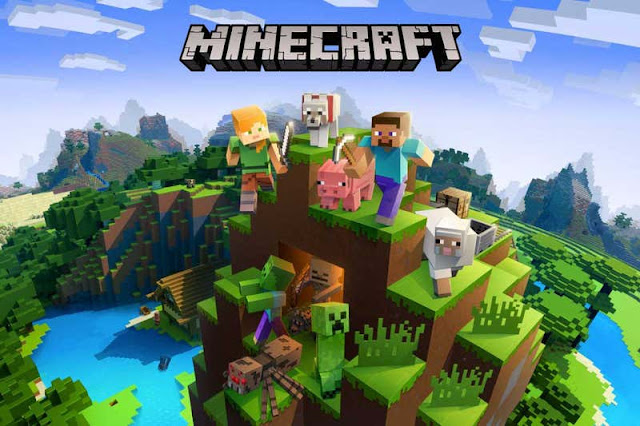 People often forget that fame is not an instant thing one must work for it to make a name for oneself; this was the case for Minecraft. It started as a small little project by Notch back in 2009, but thanks to exposure on Youtube it exploded onto the scene where it would expand into a survival game icon with various releases across console and PC. I want to talk about my experience with the game and how even 10 years later I’m still playing it.

In 2009 I had started my A-levels at sixth form and I made lots of friends, it was one morning I saw a friend of mine messing around on his Mac Book playing this blocky looking title. Me being narrow minded at the time said “The graphics are rubbish”, I was foolish back then as I didn’t really play games unless it was triple A, I know stupid if you know me today. It wasn’t until I did a bit more research into the game that I understood what the fuss was about, and it wasn’t until 2012 that I got into the game properly due to the release of the game on the Xbox 360.

Now yes the Xbox 360 version of Minecraft was neutered to put it politely, but I was immediately enraptured with it due to the limitless possibilities with what you could create. When I first played Minecraft I like many was lost with what I was supposed to do, yes even with the console version with the tutorial world it definitely helps to have the Wiki open as this is very much a community driven game. However when I got to grips with the basics, I fell in love with the survival mode where I would craft (no pun intended) my second home in this blocky world. 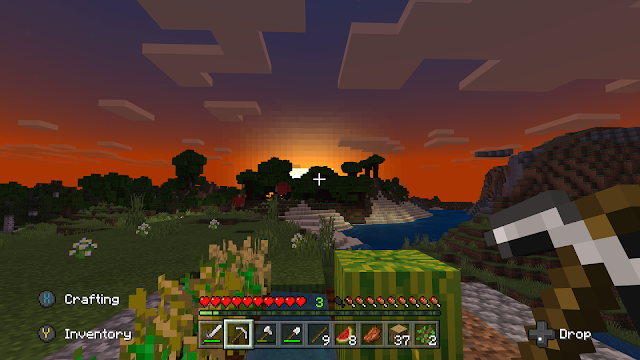 As simplistic the game may appear it is a beautiful game, there is something wonderful staring into the distance as you see the square shaped sun slowly sink into the horizon. One who is narrow minded may scoff at the visuals, but to be honest they look timeless, coupled with the relaxing piano soundtrack that I can listen to for hours. I think that is one of the reasons why Minecraft stands out to this day, and this due is to its art style the blocky nature screams Lego coupled with the fantastic lighting from crimson sunsets to the dark moon lit nights. 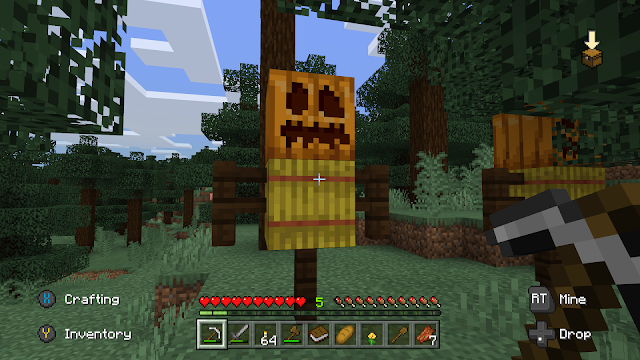 What also caught my attention was the exploration, now there are many open world games on the market these days but Minecraft released when they were not as saturated like people with clipboards in a busy city centre. The game doesn’t tell you to go anywhere specific as it leaves you to your own devices, it tantalises you with a cave where gives you a slight nudge where it almost says to you “there is treasure in there, go in and find it”. It’s this hands off approach that Minecraft has is why people are so in love with it, it’s not just the creative side but to almost craft a second life/schedule is rather engrossing. Managing a farm, smelting iron or gold each day as you clock in may come across as mundane, but it’s a routine that we humans thrive on and that’s the hook of the game.

It’s not just a solo experience, how can I forget to mention that you can play it with friends. I have had some of the best times in gaming playing this game with friends, we would build settlements together, kill monsters and explore to our hearts content. With the extra bonus of multiplayer it doubles the fun and exploration, as you have to coordinate with each other to get things done, that or you act like an idiot and grief your mates and dump lava on them for the 50th time.

Minecraft is truly a wonderful experience with friends or if you want to be on your lonesome, its simple aesthetic is deceiving as there are multiple layers of depth to it. It’s mindboggling to me that this game is 10 years old and people are still talking about it, it is truly a landmark in gaming and is something that is enjoyed by both adults and children where it brings people together.