Editorial | Mirror's Edge: Run as fast as you can. 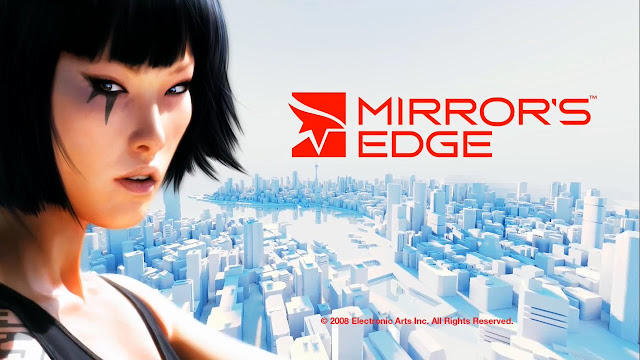 2008 was a great year for video games; we had games that were landmark titles such as Grand Theft Auto IV, Metal Gear Solid 4, Devil May Cry 4 and the overlooked title Mirror’s Edge. Before DICE were just used as a well-oiled machine to make Battlefield games, they were allowed to experiment with games. Mirror’s Edge is a wonderful experience, with slick controls and visuals even 11 years later still stands out. I want to talk about it for a few paragraphs and maybe I can persuade you to play it. 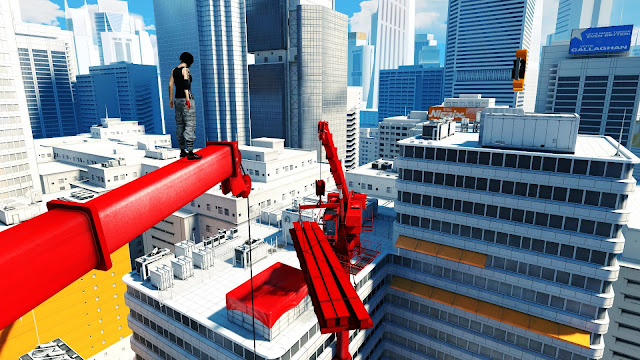 Mirror’s Edge takes place in an Orwellian society where you are constantly being watched, and each foot step is monitored. You play as Faith who is a runner; they act as a courier service for the criminal underworld. However her sister Kate, who happens to be a police officer, is framed for murder of a political figure. Honestly the story is not that great, the voice acting is pretty good but there are a few lines where it just sounds as if they are reading off a medication list.

No Mirror’s Edge is not praised for its narrative, as it is known for the gameplay it brought forth in the late 2000’s. The game is a first person platformer primarily, now if you grew up with mid to late 90’s shooters that premise may make you throw up in your mouth a little, as platforming in those games were ubiquitous. However it is the main focus of Mirror’s Edge and executes it flawlessly, as it feels like you are controlling a human being and not a floating camera with a gun for a hand. 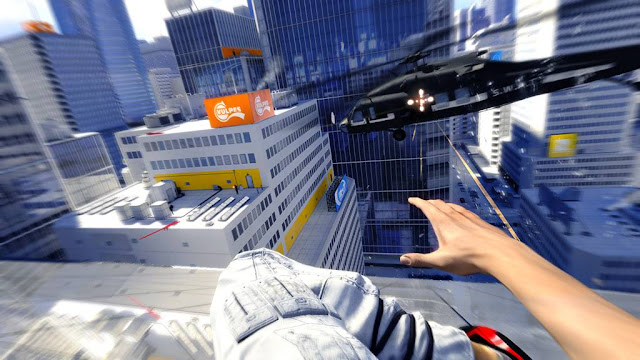 Faith feels great to control she has weight to her, where you feel every tap of her feet, the wind coursing through her hair and the thump when she lands a high jump. The parkour controls feel fast and fluid (mostly), where it feels immensely satisfying to string moves together in quick succession without losing momentum. The feeling of drop kicking a door down without losing speed as you flee from your pursuers is so fun and makes you feel unstoppable. The game is all about finishing levels as fast as you can, which is a speedrunner’s wet dream. If you get the chance I implore you to look up speedruns for this game, how they get through levels so quickly is almost inhuman. 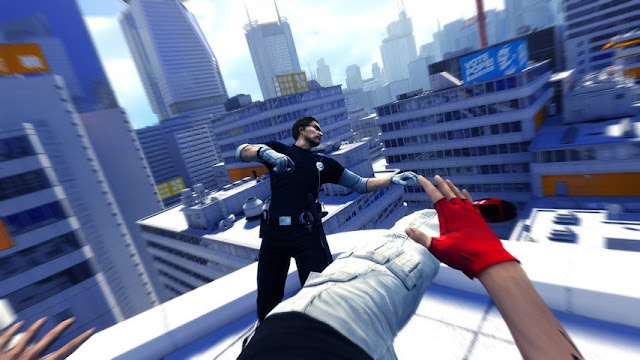 There is combat in this game, but let me be honest and say it’s not very good but that is because it is not the main focus. Let’s start with the hand to hand, it can work sometimes but I had moments where my punches just don’t do anything. You can perform disarming grabs, but again the timing is eerily precise with nothing more than the enemy’s gun turning red to guide you. Shooting feels clunky and lacks impact, most of the time when I shoot at someone I’m not sure if I’m hitting them, as there is little visual feedback on their part. Combat is mostly optional; however there are segments where they force you to fight which become cumbersome and frustrating. Fortunately they are not too frequent! 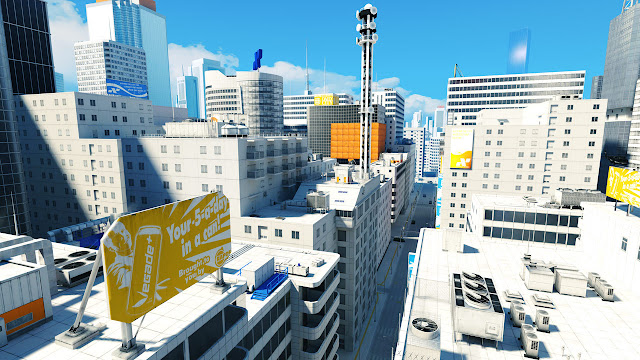 For game that came out in 2008, this is still a visually stunning game and I’m playing this on a PlayStation 3. The vibrant colours really stood out at the time, which you have to remember the industry was dominated by the brown and grey hues of realistic tones. Mirror’s Edge has bright whites, reds, greens and oranges that really make it stand the test of time, although the bloom can get rather absurd at times especially in the final level in the interiors of the shard. However overall visually it still holds up even on the dated hardware of the Xbox 360 and PlayStation 3.

Mirror’s Edge was game that was long forgotten in the annals of times, however it did get a sequel in 2016 but again that game just went under the radar. If you can take some time out to play this 2008 classic, it’s beautiful with fun platforming mechanics that will have you coming back over and over again!