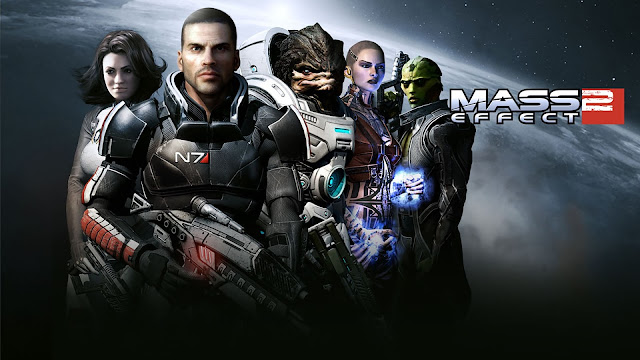 Mass Effect was a name that once held a title of prestige, but since 2017 has gone swiftly downhill. Now I’m one of those who didn’t hate Andromeda, but one could not ignore its flaws which mostly stemmed from dialogue and awful writing but I digress let’s talk about when Mass Effect was good. Mass Effect 2 a title that turned 10 years old recently, which me being fixated on how old games are at the moment mostly because I grew up with these games as a teenager I wanted to talk about why it is so good.

Mass Effect 2 has a special place in my heart because at the time when I bought it I was ill, so I went to my local Blockbuster (yes children that long ago) and picked it up in a sale. I popped it into my Xbox 360 and was immediately enthralled with the game, with the story, characters and the much improved gunplay from the first. Anyway Mass Effect takes places directly after the first game, where Commander Shepard is on a routine search for Geth activity. However everything goes wrong as they are attacked by a new force called The Collectors who work for The Reapers, and Shepard dies. Yes Bioware had the balls to kill you in the first 10 minutes of the game; however this was just a platform to create a new Shepard as he is revived by the organisation Cerberus via their Lazarus project (obvious religious reference). 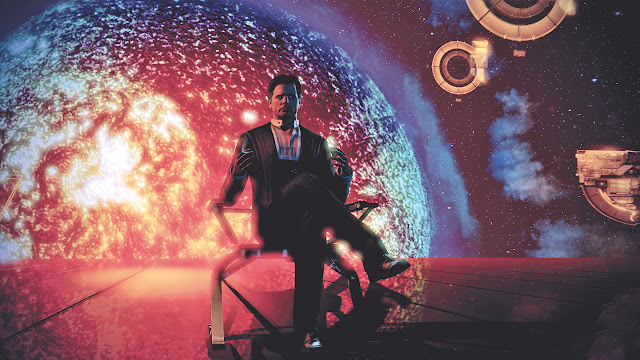 The story here takes an interesting turn as he begins to work for Cerberus, which if you have played the first game you would know that they are not exactly the best people as Shepard him or herself admits destroying some of their facilities. However they have an equal goal, as the Illusive Man is one of the few that believes Shepard about the incoming threat of The Reapers. Shepard has to go on what has been dubbed a “Suicide Mission”, where he has to recruit people from across the galaxy to help combat the threat. This is the highlight of the story because they flesh out each crew member you bring into your squad, they all have in-depth backstories and you can do certain favours for them to gain certain abilities and so they don’t die at the end of the game. 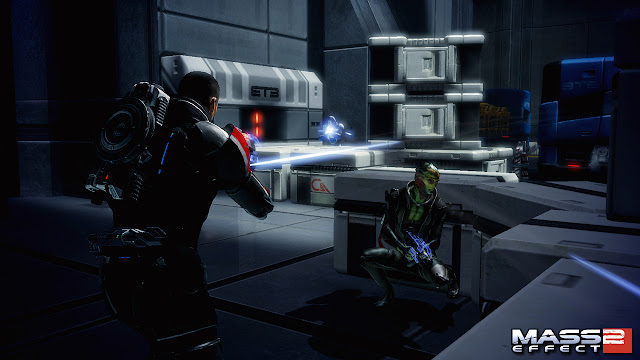 Gameplay got a huge boost from the original; let me be frank when it comes to the original game it wasn’t very good to play. The framerate would stutter like me after several coffees, the gunplay was sloppy and the Mako controls like Master Chief after a bender and decided to take the Warthog for a joyride. Anyway Mass Effect 2 improved on more or less everything, the shooting took ques from popular third person shooters at the time such as Gears of War. 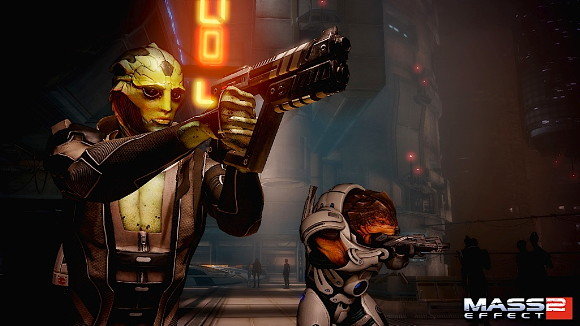 Shooting was tight and felt extremely satisfying, especially when you nailed a headshot or get close and personal with the shotgun. The Mako was removed which some could see as a negative as it got rid of the more open ended planet exploration, but it fleshed out the established areas more so not a big deal. It’s not all sunshine and roses where they did boot the Mako out the airlock, they instead replaced it with the rather tedious and monotonous planet scanning and probe launching which was there to gain resources for weapons and the Normandy. 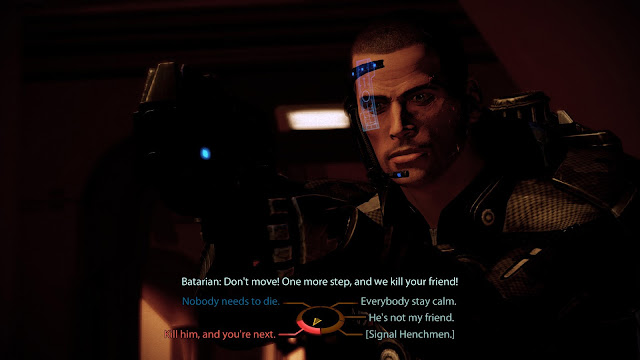 The dialogue system was mostly the same, but they added the ability to interject where you could either be a renegade or paragon. Obviously I mostly go with renegade, as I love being able to give someone a smack if they say something stupid mid conversation or just shoot them if they annoy me, but hey that is just me. It added a more dynamic and organic feel to the dialogue, you know it felt like an actual conversation where you could interrupt if you disagree or if something of note pops up. 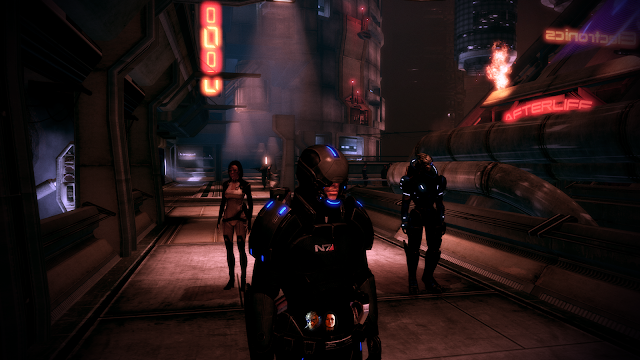 Visually it was a step up from the original (obviously), but compared to the first it had a more dark tone with its lighting and it did fit with the overall motif  as the story was darker where people get killed off in horrific ways. There is a good use of shadows in this game, especially when you go to the seedy underbellies of the galaxy where smugglers, murders and crime lords reside.

Mass Effect 2 even 10 years later is an absolute classic still, one of the best role playing games of the last decade. It has great characters, world building and tight and responsive gameplay that will have you smiling from ear to ear. If you haven’t you need to go back and play this masterpiece of a video game, it truly is fantastic!