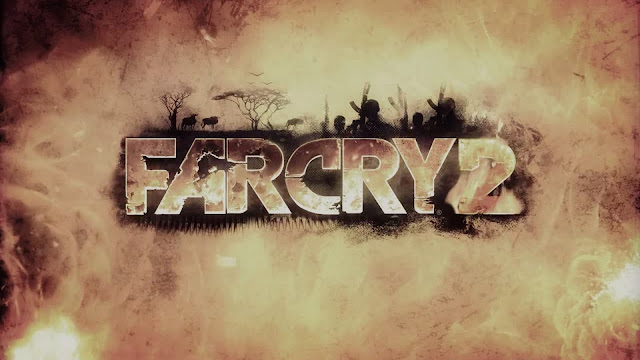 The Far Cry series is in a comfort zone these days since the release of Far Cry 3, although 5 did shake things up but they tend to follow a similar structure. Not a bad thing by any means, but playing them makes me feel that I’m going down a check list instead of being on an exotic adventure. Far Cry 2 is probably the most contentious game in the series, while others love it there a lot who dislike or dare I say it hate it. I fall in the camp that loves it, because after 12 years since its release it has aged like a fine wine, with its atmosphere and narrative. I want to go other what makes it special with its narrative and atmosphere.

Now when you mention Far Cry 2 you don’t often think of the story due to it not being exposition heavy like other games, however it is there you just have to pay attention. The game doesn’t insult the player’s intelligence as they could have had drawn out cutscenes, but they chose the Half-Life route of choosing your own immersion. You could take at face value with the civil war between two factions in a fictional region of central Africa, or you could look at the finer details and find out there is more than meets the eye especially with the villain The Jackal. 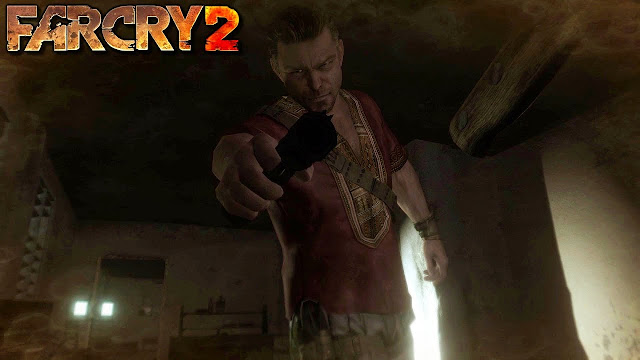 The Jackal is often sighted as a forgettable villain in the series; however I would have to disagree because he serves his purpose as this ominous entity where you don’t find him, he finds you. He is a very erudite and intelligent man, I mean the first time you meet at the start of the game he is quoting from Friedrich Nietzsche’s Beyond Good and Evil he often quotes classical literature such as Joseph Conrad’s Heart of Darkness throughout the game as it is relevant about looking at humans in this scenario as vile creatures who want nothing more than money in exchange for blood. The Jackal is feared because people don’t really know who he is, you find tapes where he is being interviewed and he has a very cynical way of looking at life with what he does and to quote “Weapons are not bio degradable, but humans are”. He sees humans as nothing more than expendable cogs in the machine, which makes for lucrative business for him.

Even the brief descriptions of each of the mercenaries when you start the game are vague, but also give this underline context that these people are not necessarily bad as most are trying to make money for their families back home. However it also shows they are willing to kill and destroy anything that gets in their way, all for a payment at the end of the day. It’s a subtle yet powerful message as one has to ask what would you do to support the people you love? Would you pick up a gun and jump from faction to faction, playing off one another. This is all done with very little dialogue and conveys it through your actions, as well as seeing the destruction of previous mercenaries in the environments, speaking of environments let’s move onto the details. 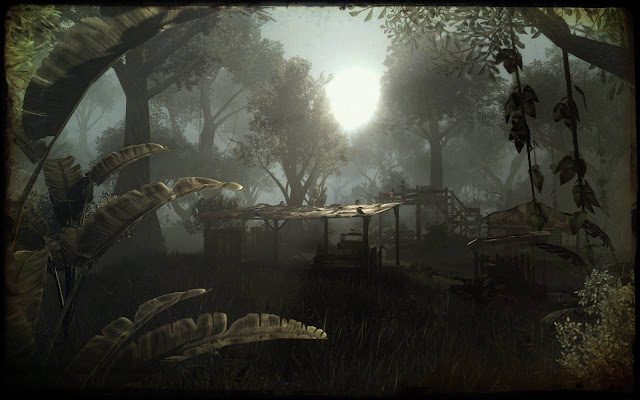 Considering this game (at time of writing) is 12 years old it still stands up to most modern games in terms of environments and details. The world shows a beautiful yet destroyed world, where once there was a thriving community but now there are corpses of society both figuratively and literally. Abandoned villages with discarded and rotting food and animals litter the environments, coupled with burnt out buildings that were pillaged for a “great cause” from which ever faction invaded that homestead that day. Blood lines the sand when you walk through the baron deserts as you can hear echoes of gunfire in the distance, as you examine their previous work as you piece together why they would do this.

It’s not all deserts and wastelands Far Cry 2 does indulge its previous lineage by including some rich jungles in the mainland, lush with flora and fauna with a thick atmosphere of humidity. These environments tend to have more inhabitants compared to the outer areas, but not by much as they tend greet you with hostility and chase you down as soon as they see you. 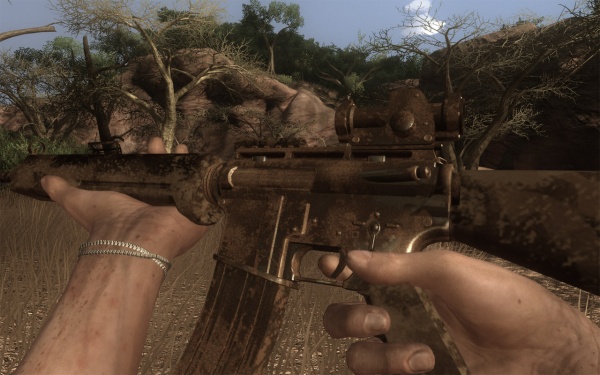 The details don’t just stem from the environment to create this hostile world, it’s the animations too. Now I know the weapon degradation was a contentious feature to say the least, but if you really take a good look at the themes and world of the game it is thematically appropriate. The game is set in a third world country so you would expect weapons to be in different conditions, they are not always going to be reliable and they are passed around from corpse to corpse. It adds a layer of tension as you don’t know when your handgun is going to blow up in your hand due it jamming, it makes being out in the middle of nowhere extra tense. 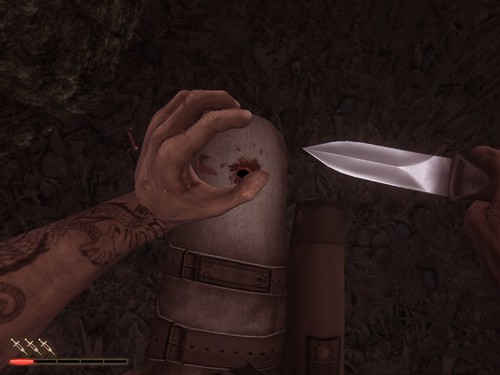 Coupled with that are the injury animations that will be different depending on where you have taken damage, this can range from popping a dislocated thumb back into place, pulling bullets out with your teeth from your wrist, pushing bolts through your legs and many more as I would be here all day describing them. It is hard to watch some of them due to how graphic they are, but again it adds to the immersion.

Far Cry 2 even 12 years later after its release is still a highly detailed game; its subtle narrative that encourages the player to figure things out for themselves is a dark tale of what humanity would do at their lowest. The beautiful and destroyed world makes for a captivating experience, if you haven’t played it I would highly recommend it.