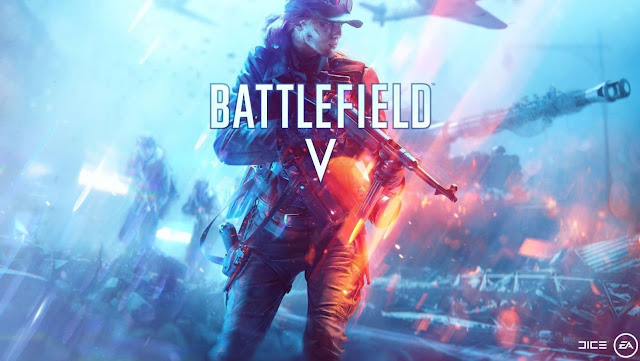 Unless you have been living under a rock for the past 4 months, you have known the controversy about Battlefield V where it features women in the multiplayer. A lot of people cried inaccuracy but come on guys you can suspend your disbelief in a multiplayer setting, as it is a community and women play these games too, if it were singleplayer on the other hand then I would have somewhat of a problem. At the end of the day it’s a video game and if you want to learn about World War II go and read a book. Anyway I want to give my thoughts about the open beta; unfortunately the game has technical issues as well some questionable gameplay elements. Let’s get into it.

I got a chance to play three modes conquest which has been in Battlefield since its inception, Grand Operations where you push forward and take objectives and Tides of War where a battle take place in days at a time with different scenarios.  Conquest is your standard Battlefield mode that has been in the series for over a decade where you hold flags in an area until one of the team tickets are depleted. Grand Operations/Tides of War are the new modes, where you go through various war scenarios that are stretched across several in game days. I like this as it really makes you feel like as if you are in a war, where your tactical decisions have an impact on the battle the next day where you will only have a certain amount of forces. 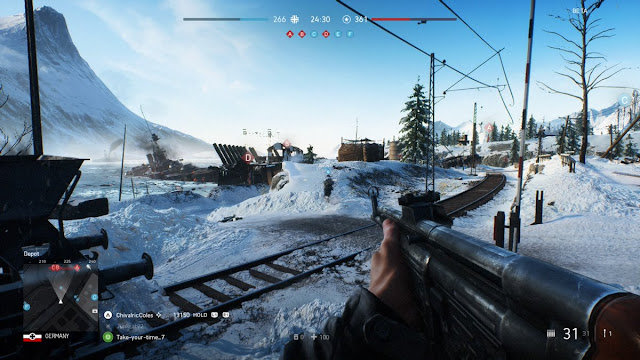 Now let’s talk gameplay and this has to be very questionable, don’t get me wrong the gunplay is great although the auto aim on console is bizarre where I found I was aiming just outside of the enemies hitbox. Let’s start with co-operation or lack thereof, I found that team work was thrown out the window and into the next continent in this beta as I found no one in my squad including medics would not pick me up even when it was clear and they are right next to me. 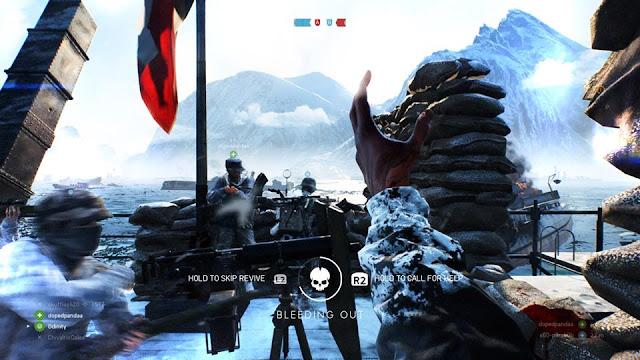 This leads into the next problem which stems from team work the scarcity of ammunition, when you deploy you only get two clips for your primary weapon.. This is ridiculous as I found that I ran out of ammo far too quickly running around with a pistol for majority of matches, yes you can replenish ammo from enemies and depos but they don’t give you enough and my support teammates never gave me ammo when I asked. Talking about pistols I have to say they are a bit over powered, especially the P38 where it has basically no recoil and it can fire as fast as your index finger can twitch. I found that I was going on insane killstreaks with the P38, plus they give you lots of ammo for your pistol compared to your primary weapon which is baffling. 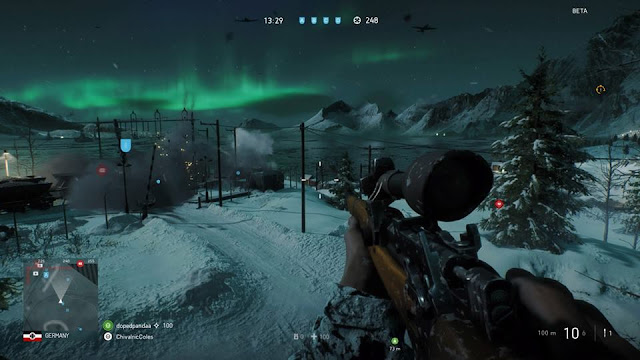 Let’s talk about performance and presentation, this game is a train wreck with its performance on the base PlayStation 4, it tries to run at 60 frames per second but it stutters like me when a pretty woman tries to talk to me. This is either an un-optimised mess or maybe the base hardware is severely out of date, I’m going to say both. Visually the game looks great, this is what I expect when it comes to a DICE game with big wide open spaces with buildings collapsing around me coupled with beautiful weather effects. The menus are a cluttered mess, is this a theme with multiplayer shooters where they make menus as intuitive as Microsoft Access. Another problem with presentation stems from visablilty, I have had major issues of seeing who is shooting at me as character models blend in with the levels, now I’m for concealing yourself but when other players match the brick they are standing next to that is an issue.