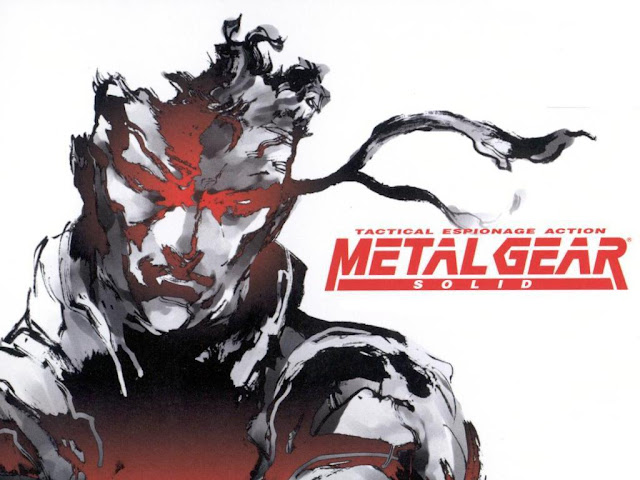 1998 was one hell of a year for video games, we got titles such as The Legend of Zelda: Ocarina of Time, F-Zero X and of course the game I’m going to be discussing Metal Gear Solid. The first time I saw Metal Gear Solid I was five years old, it blew my mind how good it looked visually, now I know you can look at that statement and grin with how stupid it may come across these days but it was a technical show piece for the PS1 back in the day.

Metal Gear Solid had a huge impact on how linear games are made; even today you can feel the game’s routes with cinematic storytelling. Not to say it was the first of its kind when it comes to storytelling, as Final Fantasy VII had cinematic scenes. However Metal Gear Solid stood out as it had voice acting that didn’t sound like someone’s first rendition of Shakespeare or someone in a pornography film trying to persuade someone to perform sexual favours to pay for their pizza. No Metal Gear Solid’s voice acting actually has weight and emotion, yes it can have awkward pauses in some places, but overall you get invested in the story due to the dialogue being performed extremely well. 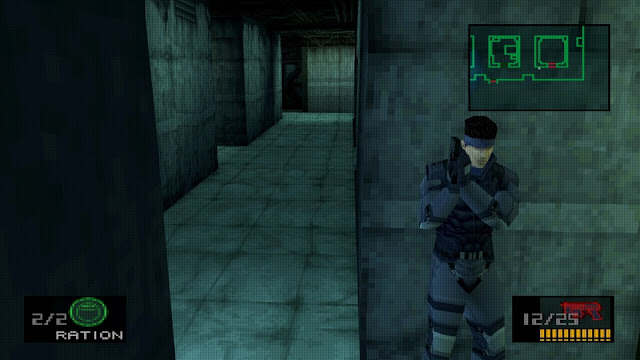 Gameplay was a standout too, now stealth was not anything new as the superb Thief was released the same year, but Metal Gear Solid relied more on line of sight as oppose to lighting. Stealth gameplay was tight where you can run and crawl or if the guards don’t notice you can flip them over your shoulders like a lumberjack, however the problem is you can’t walk slowly which is something they fortunately fixed in the sequel.

You have a huge inventory of weapons and gadgets; these can range from standard fire arms like a Socom pistol, assault rifle to more explosive offerings like homing missiles. You have gadgets and items to help you with sneaking around, such as inferred goggles to see laser trip wires, to the absolute ridiculous scenario where enemies are fooled by a cardboard box. Just because you are armed to the teeth it does not mean you can run around gunning down guards like the Doom marine, as the enemies will surround and you can take as many hits as an asthmatic bong user.

The A.I was rather smart (at the time) as well, now I know it may sound hyperbolic to say that it was shocking when they would see your footprints and say “Who’s footprints are these”. But it was mind blowing for 1998; we had not seen anything like it before then. 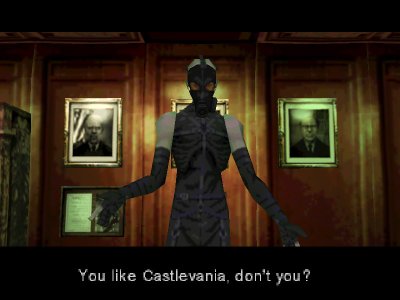 Not to say that it is purely stealth as there are boss fights, which are completely ridiculous where you’ll be fighting mind controlling Soviet commandos, to a minigun wielding shaman. They are all unique and have different tactics to take them down, and of course this wouldn’t be a Metal Gear Solid article if I did not talk about Psycho Mantis. He starts off by reading your mind which is your memory card, where then proceeds to talk about the Konami games on your card as well as critiquing how often you save. He can read your every move during the fight where he seems to be invulnerable, however if you plug your controller into the second port he can be attacked. This is why this game is remembered to this day is because of its self-awareness, where it would even print important in game information on the back of CD case.

Now this may sound silly in today’s climate, but visually it is an impressive game as it was a full 3D game with both characters and environments. What generally was the trend with PlayStation games was that only the characters and certain objects were in 3D, and the environments were generally pre-rendered backgrounds, this was not the case for Metal Gear. Character models were very impressive for the time, and yes these days the faces look like potatoes on a pike bobbing up and down and their motions look like something from a Gerry Anderson production. You have to be in the mind of 1998, where most games went for a cartoonish look which honestly has aged better than most games that shot for realism, but it was a breath fresh air with its grounded setting.

Metal Gear Solid is truly a wonderful game, which influenced the industry of how they make singleplayer games with its cinematic flare. If you have any means of playing this game I would recommend it, as its storytelling is wonderful, the gameplay can take a while to get use to but it is fantastic nonetheless.