Editorial | Returning to the wasteland. 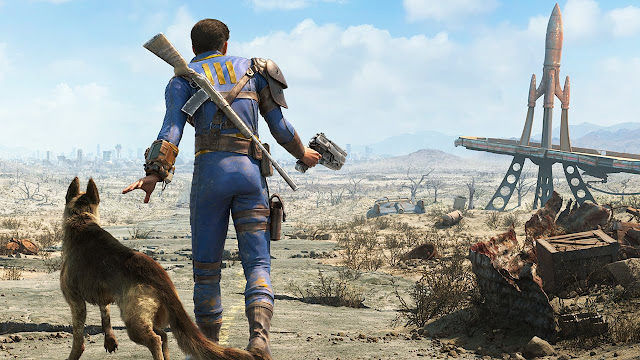 As I get older I find that I tend to steer towards games of a slower pace, not that my reflexes are shot quite the opposite they are better than they were when I was 16 due to my cycling. However I just find satisfaction through RPGs or open world games where I can both figuratively and literally stop and smell the roses. Fallout was never a series that I got into initially because I was more infatuated with The Elder Scrolls series when it came to Bethesda RPGs, but I’ve warmed up to Fallout over the years and recently had a sudden surge of passion for it. 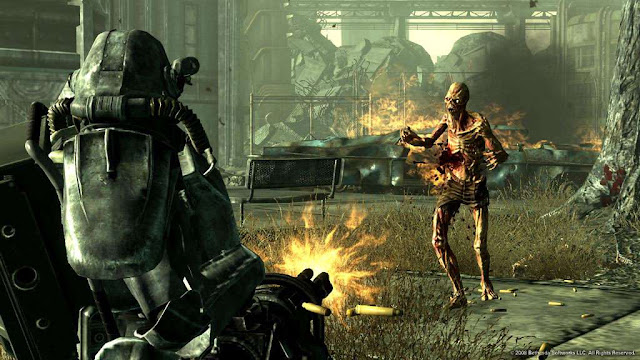 Back in 2009 I got my Xbox 360 for my 16th birthday, the only reason I really wanted one was so I could play Oblivion until my eyes bled with glee. One afternoon at school a friend of mine was asking me about Oblivion and was checking if I was enjoying it etc. He then went to ask me have I ever heard of Fallout 3, I retorted with “no”, which led him to explain it was from the creators of Oblivion and said to me it was like that game but with guns. While that is somewhat true, it is more than just Oblivion with assault rifles, it is a deep experience with nothing but you, your rifle and the desolate radiation soaked wasteland.

At first I was not impressed with Fallout 3, I think it was due to me coming from the colourful landscapes of Cyrodiil in Oblivion to the brown and puke stained look of D.C in Fallout. I eventually got over this stylistic choice as I realised it was intentional with the wasteland after a nuclear holocaust, and I found myself really enjoying Fallout 3. I was super excited in 2015 when Bethesda announced Fallout 4, but when I reviewed it in its initial state I hated it. This was mostly to do with technical issues, as the frame rate (on Xbox anyway) was terrible, and the game would constantly crash. What made me buy it physically on PS4 and give it another chance? Well for one I had some spare vouchers for Sainsbury’s and it was on sale for £9.99 so I thought let’s give it another chance, and wouldn’t you know I fell in love.

Let’s start with the plot which has a lot of contention with players due to its simplicity, but that is not necessarily a bad thing as it has thin context of find your son. The reason why this is effective is because it is relatable, to add to that context you spend time with your family before the nukes drop and this fuels your quest more when you emerge from the vault.

The gameplay is another aspect that some have issues with due to its simplicity, but again I have no problem with it, yes the dialogue tree is rather vague with how you are going respond but I think that is a caveat of having a voiced protagonist. I think having a voiced main character in this game is fine; it was always my biggest issue in Bethesda RPGs because you are this pre-destined hero who is a mute minus a few grunts and gargles. There was always this disconnect when it came to Fallout or Elder Scrolls due to the main protagonist being a mute. Yes there is a pre-written response from the main character, but it doesn’t feel natural when the person you are talking to reacts in an emotional manner and you have the personality of a piece of cardboard. 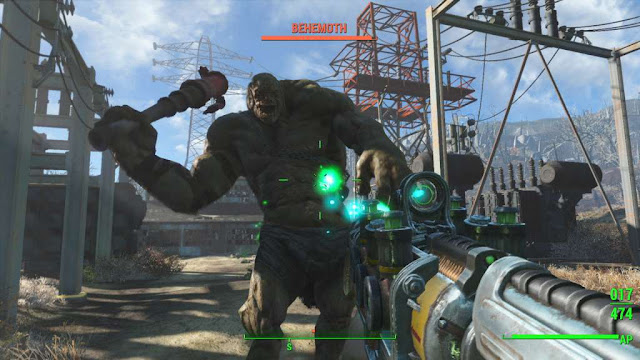 The combat was a big step forward when it came to the gunplay, the game actually plays like a competent first person shooter compared to 3 or New Vegas, now I know the shooting is not the primary focus but it was the least enjoyable part in the older games. Guns no longer break which is great, now I know I have praised these types of systems like in Far Cry 2, but in that game there are guns everywhere compared to Fallout’s intentional scarcity. Plus it never gets old shooting someone’s head and watching their jaw bone fly off in eight directions. The crafting system is fun too which I thought I would never say as I’m sick of crafting, I love the additions you can attach to your weapons where you make them look absolutely ridiculous. 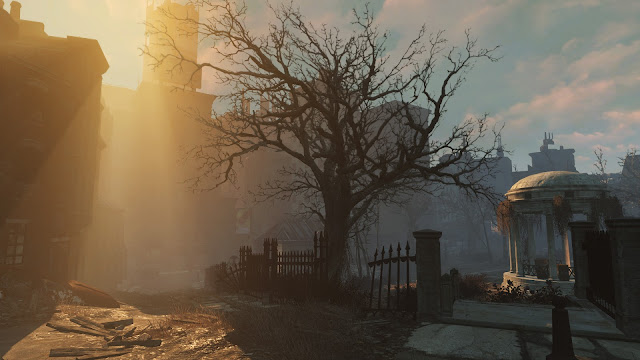 What got me the most when revisiting Fallout was the atmosphere, Bethesda seem to have this talent of building an immersive atmosphere with wide open landscapes where if you can see it you can travel to it. What I like about Fallout 4 is that they managed to inject some colour into the world, while at the same time keeping the oppressive nature of the wasteland as you tread careful before you get mauled by a Deathclaw. Their worlds are organic, similar to what I said in my Red Dead editorial it doesn’t feel like you’re going down a checklist obliterating mundane task, but instead the world gradually opens up where you can find and explore random things.

It was nice to revisit Fallout 4 with an open mind instead of my usual critical outlook, I ended up falling in love and I look forward to my adventures within the commonwealth.