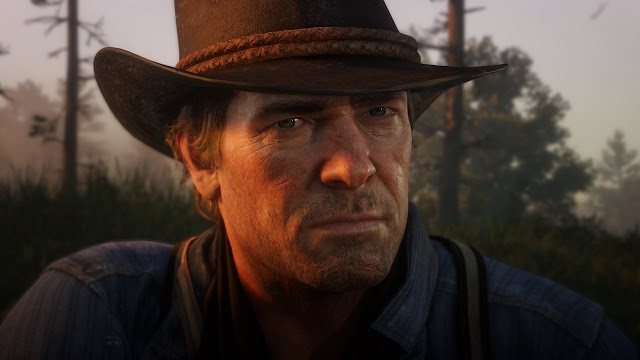 Arthur Morgan was a character that I thought I wasn’t going to like as much as John Marston; however I grew to love him throughout the long journey in Red Dead Redemption II. As the game goes on, Van Der Linde’s senior gun goes from a loyal comrade to someone who starts to doubt him, but he doesn’t know any other way of life. I want to talk about Arthur’s character and his transition, plus it gives me an excuse to talk about Red Dead Redemption II more, oh there will be spoilers.

When Red Dead Redemption II begins we see Arthur as this brother to Dutch, where he is loyal no matter what happens. To begin with Dutch as I discussed in my other editorial acts like a father figure to his fellow gang members, this is before he turns insane. Arthur is his right hand man and acts like a brother rather than a son; he does questions and debates with Dutch regularly when he thinks a plan is a bad idea. 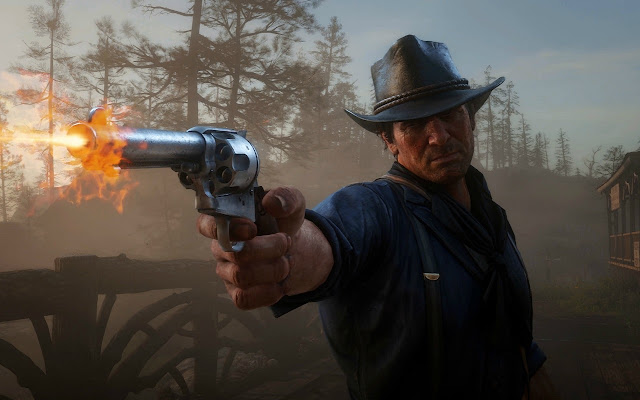 Arthur has a cynical outlook on life as he sees what he does is his only way of life as it is all he knows, but he is not naïve and understands that the world is evolving as the world enters the 20th century where civilisation is gripping the wild west. He understands that the world needs to move on and to quote him “We’re thieves… in a world that don’t want us no more”, but at the same time he doesn’t know any other way of life so he carries on to make as much money as he can. 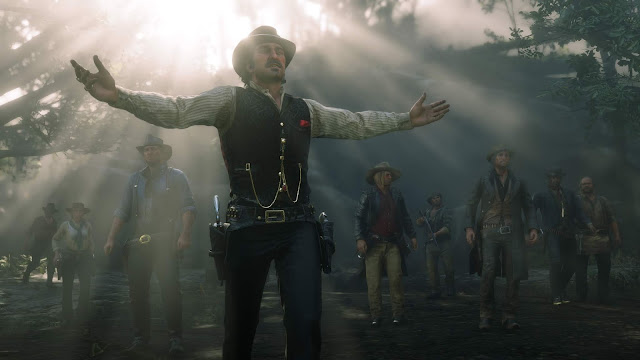 It’s one pivotal moment in the story Arthur starts to realise Dutch’s “plan” is nothing more than smoke and mirrors, it’s when he contracts tuberculous he has nothing to lose and starts to doubt Dutch as he slowly descends into madness. Towards the final stages of the game, Arthur realises that Dutch doesn’t care about anything but money so he does what he can for John Marston, his family and others who want to flee his tyranny.

As his illness grips him throughout the game, Arthur takes John under his wing and puts his rivalry aside as he wants to see him to live a normal life with his wife and child. It’s after a train robbery towards the end of the game where Arthur loses complete faith in Dutch, where he is betrayed by his former brother due to influence from the conniving Micha. Dutch starts to care more about money than the gang itself, where he makes the decision to leave Abigale to hang at the hands of the Pinkerton’s. Arthur with one last breath goes out of his way to save Abigale, where he then confronts Dutch and Micha where he then helps John flee. He takes one last stand against the Pinkerton’s, where he confronts Micha but unfortunately meets his demise as we watch the sun rise where his illness final gets the better of him.

Arthur Morgan is a character with flaws, but he ultimately upholds his integrity. He can be cold in one light, and then the next moment he can be this caring and endearing person to protect those who he loves. To see him slowly lose faith and start to doubt the man who brought him is both heart breaking and understandable, as the man he once knew is no longer there. Arthur’s realisation that the world is better off without people like him is tragic, as he goes out suffering, but he passes the torch onto the younger generation with John.