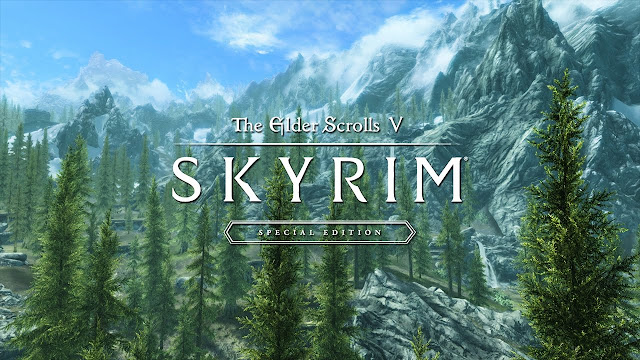 Skyrim, a name that everyone knows even if you don’t play video games. It’s hard to believe it has been nearly a decade since its release, and also doubly unbelievable is the fact that people are still talking about it. Skyrim was a game that I was anticipating back in 2011, this was due to my undying love for Oblivion that I first played when I was 13 years old. When Skyrim released in 2011 when I was 18 years old, I was enamoured with the game and explored the frost laden land of the Nords. 8 years later I’m still finding new places to explore, and find the game beautiful as I capture it on my PS4 and share my experience with others. As a disclaimer, with the exception of the title card all screenshots were captured by me on my PS4.

Skyrim opens in a linear fashion like Oblivion where it drags you by the nose via a meat hook, but once you get past that part the game opens the world up to you and it is awe inspiring. You have this sprawling and mountainous world ahead of you, it’s a nice breather after the intense dragon attack which helped your daring escape. When I looked across the horizon I thought to myself, I can go there? The game waggling its eyebrows at me almost telling me “Damn right you can”, it was here where my love affair for Skyrim flourished. 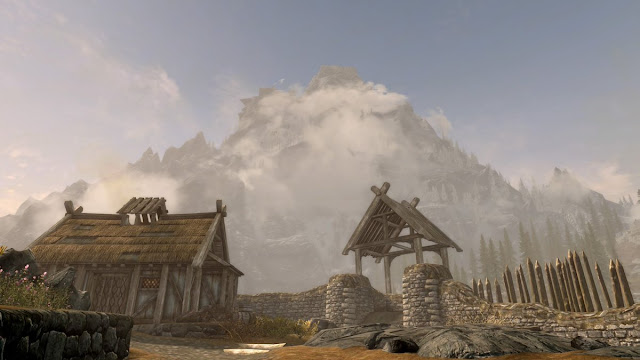 The world itself is something that grabbed my attention immediately, back when I heard the game was going to be set in Skyrim I was sceptical as I thought Great nothing but snow but the landscape is more varied than I thought. You still have the frost laden mountains to the north, but you also have lush pine forests that have god rays soak through as you traverse the dangerous yet beautiful land. You have bustling towns, cities and quiet out of the way villages that may greet your or perceive you as a threat. 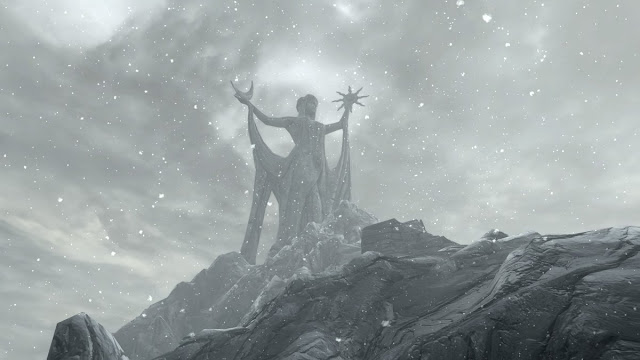 It’s this level of detail within Skyrim is why people come back to it over and over again, it also stems to the wilderness too not just towns. I always find small things or big things such as a lonely hermit sitting down fishing while reading a book, to the more grandiose with Azura’s statue looming over on top of a mountain which gauges one’s curiosity. 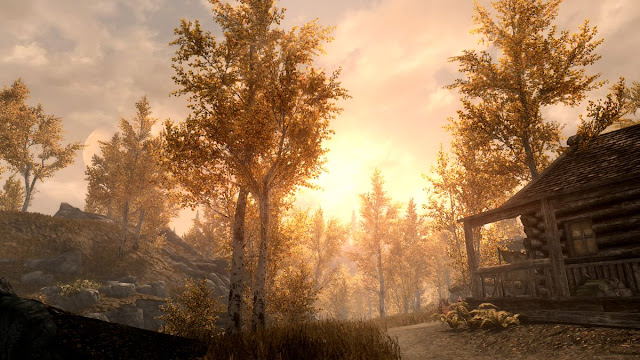 When exploring Skyrim I was get this sense of wonder that I haven’t had since I was child, where you are in awe in realm that is so beautiful that you can’t believe it exists. This sense of childlike wonder is glorious, and it takes me back to when I was five years old when I’d played Spyro the Dragon for the first time. That maybe a strange comparison, but they both have a high fantasy setting with beautiful and open ended worlds, which to a child is limitless. That is what Skyrim almost is, limitless, with endless opportunities to form your own stories where you can share said stories with friends, family and colleagues of what adventures you have had in the Nordic realm. 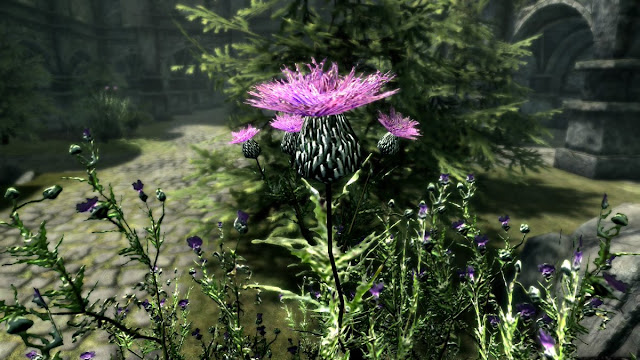 Skyrim has always been an emotional bond for me, as it has got me through some tough times where I would load the game up and explore the world with no particular goal in mind as I hear the godly tones of Jeremy Soule. Speaking of the soundtrack, it is amazing in this game. As much as I love the Oblivion musical score it felt like it was just there, Skyrim’s feels more diegetic and is a part of the world rather than it playing a certain track when you are here. It takes a more atmospheric approach, where sometimes you won’t notice it but in a good way as it blends perfectly as you hear the omniums tones gently play in the background.

Skyrim is a place I can just forget about all of my worries, and just explore to my heart’s content. It’s hard to believe it is pushing nearly a decade ago since its release, but it honestly doesn’t feel like that long ago. Its world has stood the test of time, where I still find new things to this day, with magnificent architecture, statues and towns folk that go on about their business. If you are one of the few people who haven’t played Skyrim, I urge you to because is truly a great piece of art.