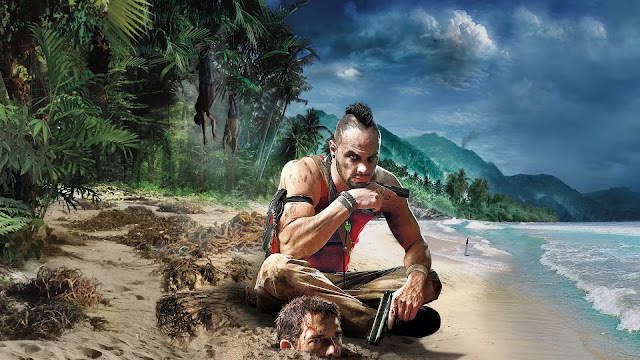 There are certain words within the game’s industry that are met with hostility, such as micro transactions and multiplayer. The “Ubisoft Sandbox” is generally met with so many eye rolls; you can hear them all move in unison as if they are dust bin lids dancing around a tumble dryer. Digressions aside, Ubisoft games actually use to be fun and filled with passion where it didn’t feel like you were obliterating a checklist just to do admin. 7 years from its original release Far Cry 3 was and is still is the best game in the series, as it doesn’t focus on numbers which you slowly upgrade incrementally. No, instead it focuses on a solid narrative, a beautiful world to explore and a pure power fantasy as you mow down enemies like they are storm troopers, although these enemies can hit their target.

Why is Far Cry 3 to this day still sited as one of Ubisoft’s best? Well I think most remember the story and its memorable villain Vaas, with his iconic speech about the definition of insanity. However I would probably argue it’s the character arc of Jason Brody that is more interesting, because we see him go from insufferable spoilt moron, quivering mess with his first kill and then a unstoppable killing machine where he picks off pirates like after eight mints. One could argue his arc is somewhat predictable, but it is at least development which kind gets tied to a burning truck as it drifts off a cliff in future instalments, because future protagonists are as bland as a popcorn bagel. 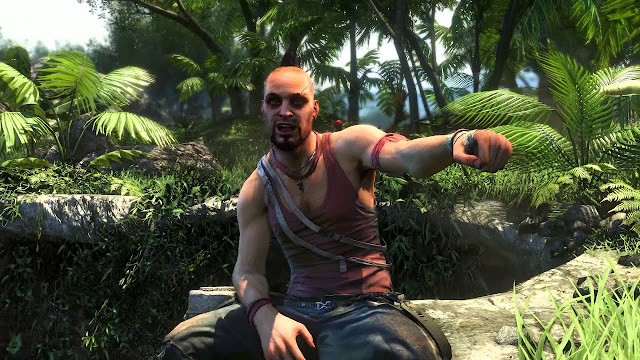 Not to say Vaas isn’t a highlight, I would be lying if I say he wasn’t with the excellent and unhinged performance from Michael Mando. From the very beginning of the game you know exactly what Vaas is like, anything can set him off and Mando brings across his insanity convincingly, I was almost tense in every scene with him. He captures the psychotic nature of any well written villain, especially with his iconic speech about the definition of insanity. The acting across the board is fantastic, it was one of the early examples of full body performances, where they would motion capture the movement and record the voice work at the same times.

Look at me I’ve been talking about the characters and I have barely got into the gameplay, which is good where it was one of the early incarnations of Ubisoft sandbox. However this was before they decided to turn their games into admin jobs, where you check in each day and do mundane tasks. No doing side activities had a purpose, scaling the towers had purpose where it would obviously uncover more of the map but it also granted you extra weapons free of charge of course. 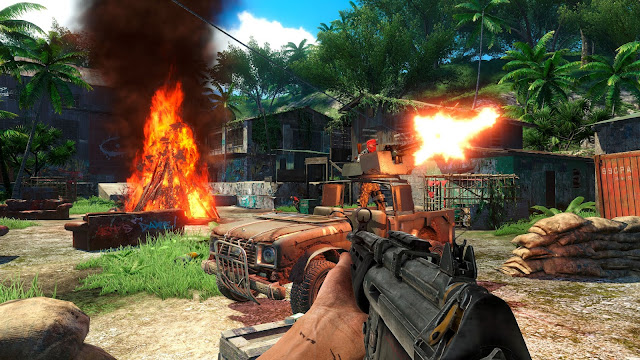 It was this design of their open world games where it still felt organic, where the open world would gradually open up for the player as you explored. Plus the game incentivised exploration as it rewarded you appropriately, as I said before climbing towers rewards you with weapons. Not only that hunting had a purpose, where in games like Red Dead Redemption it is there for the sake of it. No hunting in Far Cry 3 serves the gameplay, as you can improve how much ammo you can carry, more weapon holsters, bigger wallets and much more. It feels like you are slowly growing more powerful throughout the adventure, plus every weapon has a purpose even when you are fully powered up with different perks, you are not swapping out weapons every five minutes like chewing gum. The AK-47 you use at the start is still the same gun at the end of the game, and it will still be just as effective as it was with its initial introduction. 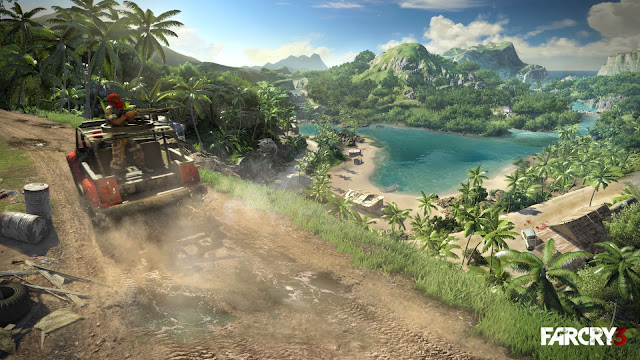 Visually this game still holds up, this was during a time where colour was making a comeback with games. During the 7th generation of gaming a lot of developers were shooting for “realism”, where we got a colour spectrum that looked like me after a heavy night’s drinking. However around 2012 more games injected more colour, we had games like Kingdoms of Amalur having more colourful environments.

Far Cry 3 left the brown deserts of Africa behind, and instead went back to the tropical island setting of the first game. The greens of the lush the grass and palm trees pop, as you sneak through and shish kabob enemies with a machete, or the cyan oceans as you blitz across the water on a jet ski. It has aged extremely well and still holds up, however just don’t play it on the Xbox 360 (unless you are playing it on the One) or PS3. Why do I not recommend it on the consoles it debuted? Well this is one of the worse performing console games from that gen, because the frame rate aims for 30 frames per second which is fine. What is not okay is the Goldeneye levels of stability, where the game basically sits at 20 frames per second in cutscenes and gameplay in general. When action kicks into full swing, the game stutters like me after too many coffees this was released towards the tail end of the 360 and PS3 and the hardware was being stretched to its limits at this point.

Far Cry 3 was the peak of the series, however after that it felt like routine as it fell into a comfort spot where Far Cry 4 as good as it was, just felt like Far Cry 3.5. It did give birth to the mundane and dull nature of Ubisoft open worlds, but this was before it became about numbers, with a good narrative and beautiful world to explore.