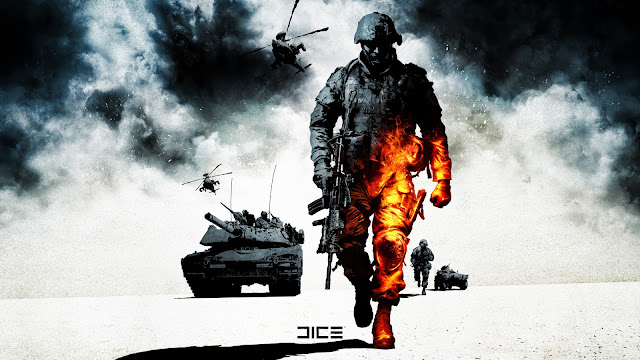 Sometimes you have to take a step back and look at established formulas and see if they have progressed, or gone like the Dodo and slowly stagnate before their inevitable death. The Battlefield series has been up and down in my book, where we had classics like Battlefield 3, to the different and odd although I enjoyed it personally Hardline to Battlefield V which is just there. However what if I told their best games was from the fabled year of 2010? Let me introduce you to the world of Battlefield: Bad Company 2. Released in 2010 the Bad Company sub series of Battlefield games were at first developed with consoles first in mind, where the original did not see a PC release even to this day it is only available on the 360 and PS3.

Let’s start with the campaign, and to be honest it is a time capsule of that era where the Russians were the big bad guys in military shooters. It starts off promising where you are plonked in the Pacific theatre of the Second World War, where you are uncovering a super weapon that the Empire of Japan are developing. Everything goes wrong and then it fast forwards to what was the present day, where the Russians are trying to utilise the weapon to invade the United States. 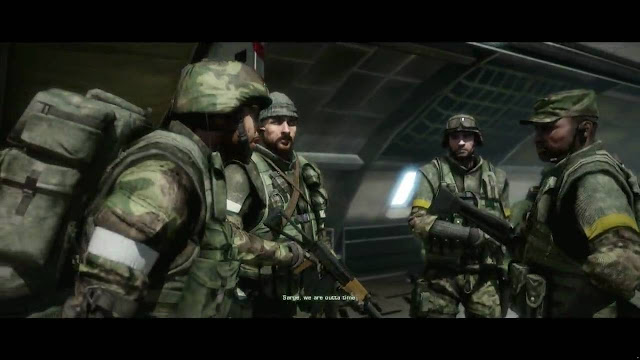 The overall context isn’t that interesting, but you know what is the titular Bad Company who are the best part of the campaign. The thing about the Bad Company games they didn’t take themselves seriously, think it of it as Kelly’s Heroes in video games form as they are an outlaw group in the military. The interaction with each squad member is hilarious, as they are there on their own agenda and don’t really care about the war at hand as they laugh at death in the face. It shows that DICE can write really good and funny stories with this subseries, however after this game the campaigns weren’t bad by any means but were about as engaging as plain porridge as it’s there and functional but not particularly interesting. 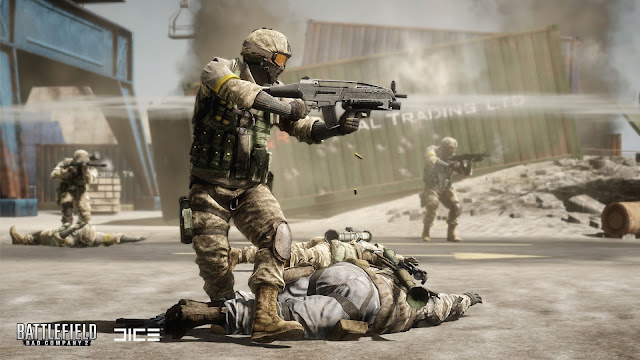 Now the gameplay is where Bad Company 2 really shines, this really felt like they got the controls right although this was still a time where you had to click the right stick in to crouch. The dynamic gameplay especially in the multiplayer was fantastic, because basically everyone in the server was the vengeful finger of god as everyone could level a building to dust. Yeah it may look primitive by today’s standards, but everyone was a sledgehammer on legs as they would bombard a nearby build with a Gustav rocket launcher. 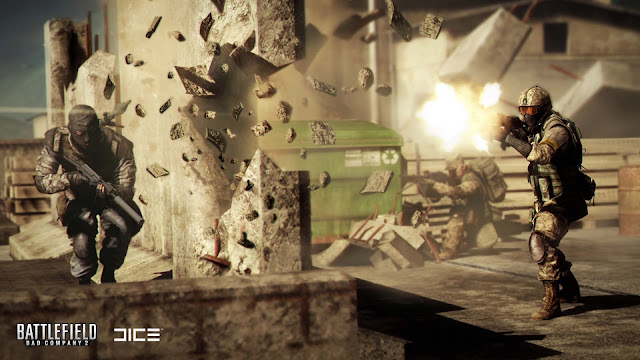 This game was by no means realistic as it had some quirks to say the least, you could nail people on the other side of the map with a slug round with the under barrel shotgun. Not only that you could upgrade the explosive damage to the already ridiculous Gustav launcher, where it would turn into a shoulder firing tactical nuke. Going back to the shotguns this was back before game balance was a concern, so you could increase your fire rate on the pump action shotguns by changing weapon and swapping back in a quick manner which would cause a reload cancel this made shotguns absolutely terrifying!

To complement the gameplay we had some excellent sound design, which DICE to this day still have great sound with weapons, explosions and yells of fellow and enemy soldiers. The loud chatter of automatic weapons is terrifying, alongside the thunderous and screen shaking shotguns to go with the subwoofer shattering grenades and explosions. It is absolutely over the top and if you have a good sound system crank up the volume.

Battlefield: Bad Company 2 was a game that wasn’t meant to be taken seriously; it shows that DICE can poke fun at themselves with over the top gameplay that is also fun. It’s a shame that the servers for the game are dead these days, well what do you expect for a 10 year old game but I wish they would re-release it as it is a blast to play. Could you imagine bringing this game out now, it would be amazing and great to show the younger generation the good days of Battlefield.